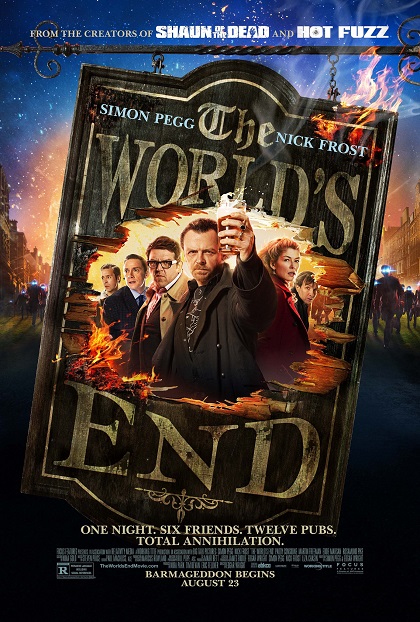 “The World’s End” is the 3rd film in the Three Flavours Cornetto Trilogy. All three movies star Simon Pegg & Nick Frost, and are directed by Edgar Wright. 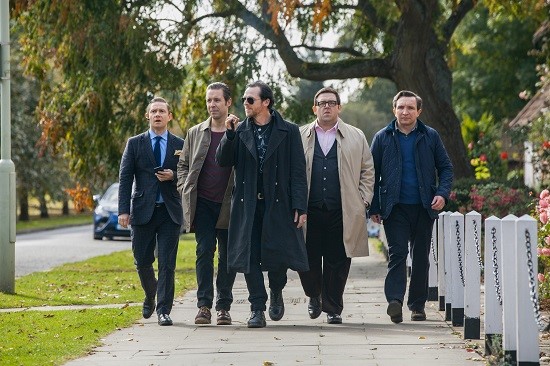 We start off with Gary King in a group circle telling the story of his youth. In 1990, him, Andy, Steven, Peter, & Oliver we the best of friends. In the small town of Newton Haven, they decide one night to do the “Golden Mile”. The “Golden Mile” is basically a pub crawl marathon. You go from pub to pub, 12 pubs today, and drink a pint at each pub. Those pubs in order are: The Starting Post, Old Familiar, The Famous Cock, The Cross Hands, Good Companions, The Trusty Servant, The Two-Headed Dog, The Mermaid, The Beehive, The King’s Head, The Hole in the Wall, and the final pub called The World’s End. Unfortunately, they were unable to complete the golden mile. They made it through nine pubs, then got too high and gave up. 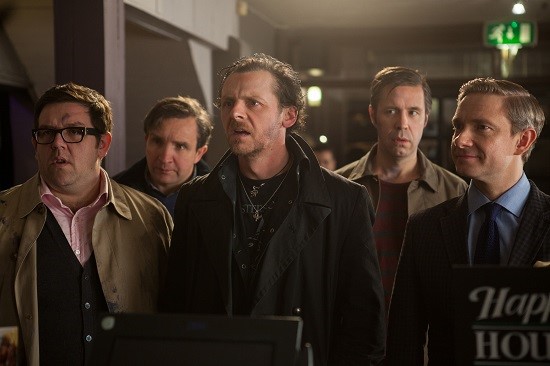 Back to present Day, Gary realizes, that he never accomplished the Golden Mile. And now he wants to get the gang back together and actually complete it. The problem is he basically has pissed everyone off since then. In fact, he hasn’t seen many of them in over 10 years. But, he ends up getting them all to go, by telling each person individually that all the rest of the gang is going. 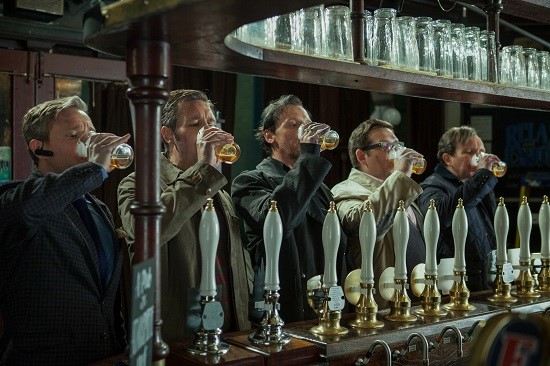 So, they start going on the “Golden Mile”. Andy goes reluctantly, and won’t even drink beer, only “tap water”, which makes Gary upset. The notice along the way that people from the town they grew up aren’t noticing them. They’re looking at them strange. Then, when communication gets out of hand between a Gary and a kid, a brawl breaks out in the bathroom. What’s up with these people, and what’s up with the blue goo?! 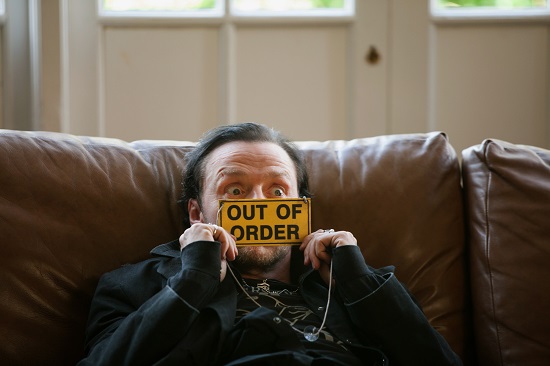 I was really excited about seeing this movie. I loved Shaun of the Dead and I loved Hot Fuzz. Even though, I enjoyed this movie, I didn’t think it was quite up to par with the previous two movies. But, I think I had very high expectations. So, I sure under repeat viewings, this will end up being one of my favorites. 3.5 out of 5.