The year was 1992. I loved playing with the family camcorder to make films with my old toys. Skeletor & He-Man starred in a bunch of videos.

Halloween was my favorite time of year. I would put on a mask and make my own little “Fan Film”. I don’t think I actually ever watched a Friday the 13th movie in its entirety in 1992. But, I knew that the latest movie was Part VIII. So, I made my own Part 9….

You can see this was a high budget production, with one actor and limited costume changes. I was able to figure out how to dub audio from an old 80s Halloween Haunted Sounds effects cassette tape. 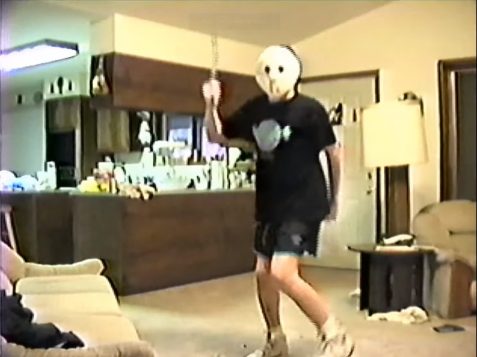 I could of wore something more appropriate for a serial killer. But, I opted for a Hard Rock Cafe shirt, Umbro Shorts, & some LA Gears. To complete the ensemble, I wore a backwards Colorado Rockies hat. I looked more like a tourist at Disney World than someone who would slash your throat.

In the background, you can see some old couches which made their way to my first apartment. My friend, Josh still had the love seat in his basement up to a few years ago. You can also see a birdcage in the background which housed my parakeet, Happy. He used to copy everything he heard on TV, and would be quite annoying when trying to watch a movie. 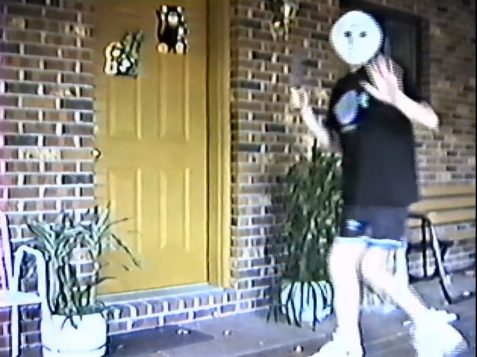 It was kind of weird for Jason to wave at the camera. But, my take was a more friendly and approachable serial killer. On the front door I see some old Halloween decorations that I remember having way back in the early 80s. I believe my parents still have them to this day. 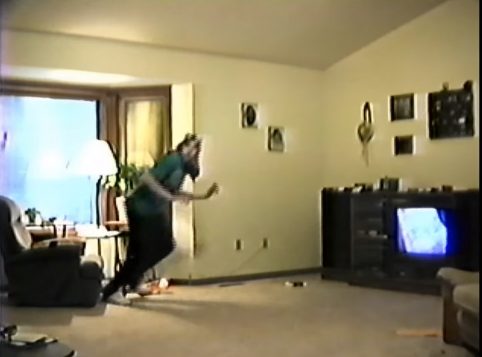 The victim (also played by me) has a kitchen towel as long hair. He enjoys some snacks while watch MTV. Weird thing is how long he sits in the chair scared before you runs away. You can see the editing budget for this short was non-existant. 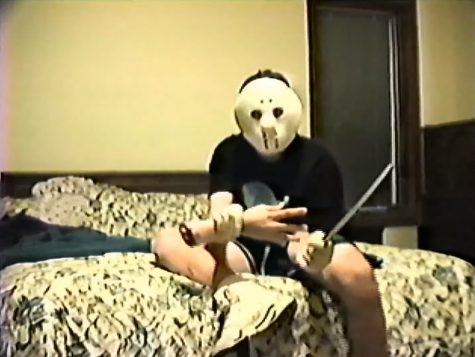 The entire point of my “fan film” was to show off a Cut off Hand prop that I got at the local party store, Zam’s. I still have the thing, and it still gets many laughs when I break it out. It’s probably the best $6 I ever spent.

I didn’t end up becoming Adam F Goldberg, but I still hope you enjoy checking out my 3-minute Friday the 13th video from 1992.

One thought on “Friday the 13th in Umbros”