Today, we look at some of the Cereal Mascots of the 80s. Yeah, I know there’s a ton. I ripped another Saturday Morning Cartoons VHS tape. I was able to find a ton of commercials. Here’s some of the Mascots and their cereal they prefer. 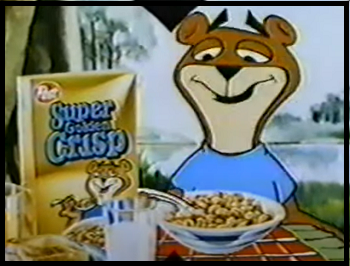 Look, I’m just going to go out and say it. Sugar Bear was a dick. Every commercial would contain a new character wanting to have some Super Golden Crisp. But, instead of sharing, he just beat them up. Then, he’d smugly sing his song and go on his way. One of the aspects of the character was he gets his powerful punches from the 8 vitamins in the cereal. Vitamins? Yes, that’s what he said.

Jingle: “Can’t get enough Super Golden Crisp, It’s got the Crunch with the Punch” 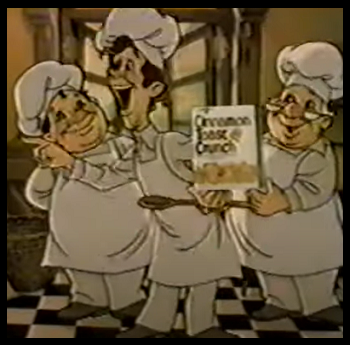 Cinnamon Toast Crunch is definitely my favorite cereal, still to this day. The CTC Bakers were short lived, though. They appeared early on in the cereals life. If you didn’t know, their names are Bob, Quello and Wendell. They just danced around the kitchen and made CTC. They didn’t have the adventures that other mascots had. In fact, they dropped Bob and Quello in later commercials with Wendell manning the kitchen by himself. One of my fond memories of the bakers was a singing coin bank with the bakers on it. It’s a pretty common find on Ebay now. 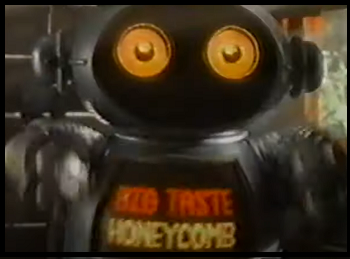 Honeycomb was never my favorite cereal. But, back in the day they had Strawberry Honeyhomb which I thought was amazing. So, a little lore behind honeycomb. Kids built a Honeycomb hideout where the eat their honeycomb. Most commercials have a new person visiting the Hideout, only to be overcome by the big-big taste of Honeycomb.

The Honeycomb Robot was a simple robot that would let you know about the size and taste of honeycomb cereal. Other than that, he was basically a background character. They could of gave the robot so much more to do, but sadly, they didn’t.

Jingle: “Honeycomb’s big, yeah yeah yeah… It’s not small… no no no! Honeycomb’s got… a big big bite… Big Big crunch for a Big Big bite!” 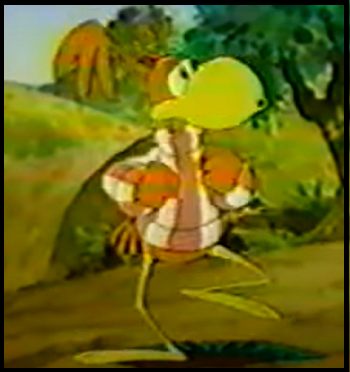 There’s a song by the band, AFI called “Cereal Wars”. One of the lines asks the question “WTF is Sonny, Anyway?”. I researched this and found out he’s a cuckoo bird. There you go. There’s your answer. Sonny is pretty derivative of early Daffy Duck. Anytime this guy gets a bite of Cocoa Puffs, he goes nuts. This may be why my Mom never bought this for me when I was a kid. She thought there was truth in advertising. 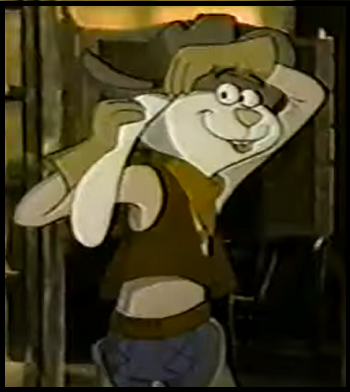 The Trix Rabbit was always trying to get a bite of Trix Cereal. I guess, he couldn’t just buy it himself, he had to get it from kids. He would dress up in poorly made costumes only to be outed by the kids. And then they’d mock him and tell him that Trix were for kids.

Here’s a commercial for Trix: 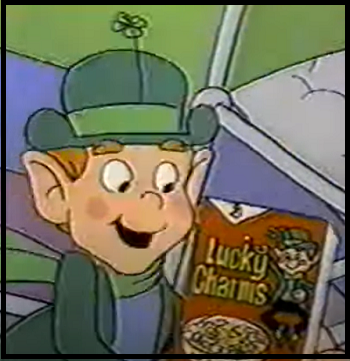 Lucky was a leprechaun. Instead of granting wishes, he “gives” you Lucky Charms cereal. You know, the commercials never had them capture him. Lucky would usually try to escape the clutches of the kids only to be hurt in someway. When he’s down, the kids get the Lucky Charms. Thinking back to this, the kids were pretty rotten.

Well, there you have it. I’m sorry I wasn’t able to include the Cookie Crook, Count Chocula, Frankenberry, Toucan Sam, Tony the Tiger, Alphie the Wonder Dog, Snap, Crackle, Pop, Dig’em, Cap’n Crunch, or the rest. But, I hope you enjoyed this look back at cereal mascots.