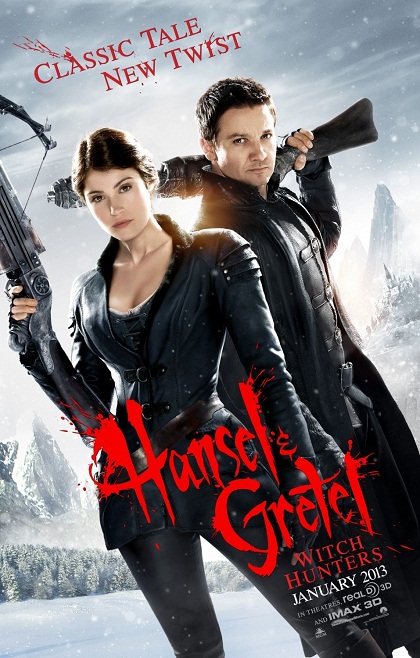 So, everyone has heard the old fairy tale story of Hansel and Gretel, right? If not, let me sum it up: Two kids were lost in the woods. They come upon a gingerbread house made out of candy. The kids start eating it. An old witch lives there and locks them up. The witch forces them to eat, to fatten them up. The kids are able to over power the witch at one point and force her into the oven. The witch burns alive and they all they all live happily ever after. 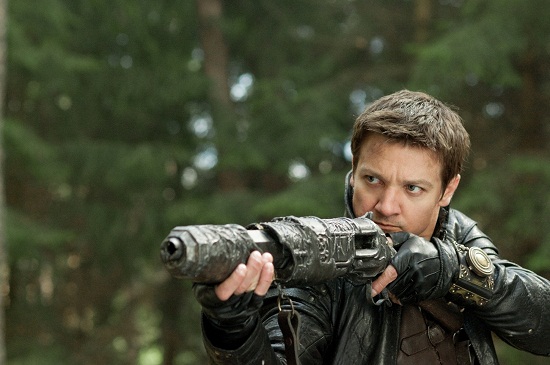 Well, what happens to Hansel and Gretel after the whole Gingerbread house ordeal? They dedicate they’re lives to hunting down witches and killing them. All in the name of saving children from the evil witches. Oh, did I mention, they aren’t effected by witch’s magic like everyone else? So, they use their steam-punk weapons to take down witches anyway they can. Apparently, a witch can be killed by removing their heart, beheading them, or burning them. 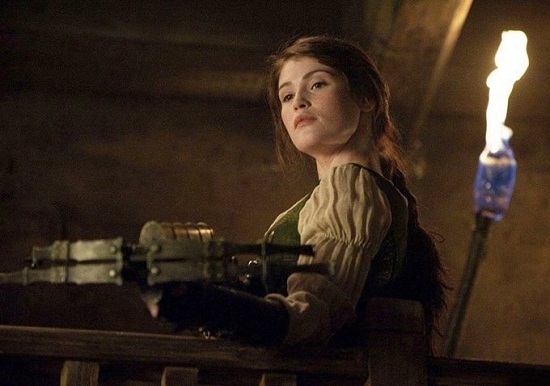 So, Hansel and Gretel are hired by the mayor of the small town of Augsburg to help track down and kill the witches that have been taking their children. In fact, when they arrive in Augsburg, the sheriff and townspeople are about to burn a woman accusing her of witchcraft. Hansel immediately debunks this by checking her out. Seeing as she doesn’t have the normal signs of a witch, he lets her go. Of course, the sheriff gets pissed. He can’t believe the Mayor went over his head to hire these bounty hunters, without his approval.

A strange occurrence is going on in the town of Augsburg. Children are being taken by witches, but not all the children. They’re only taking a select few. What Hansel & Gretel don’t know is that the witches are gathering up children for the upcoming blood moon. If all goes well, in the ceremony, the witches can become permanently immune to fire. This would make them near impossible to kill. Can Hansel & Gretel put an end to these evil witches and return the children home? 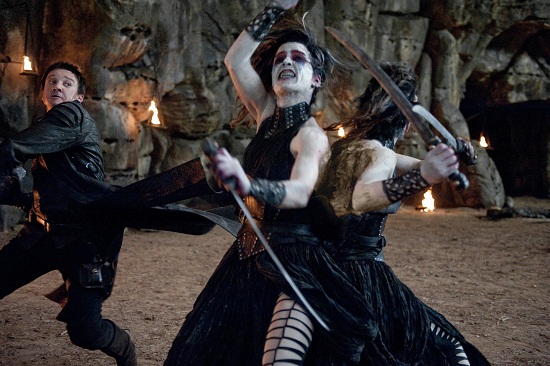 Going in to this movie, I really didn’t expect much. To me, this movie had trouble written all over it. To my surprise, it was a very fun movie. I guess I should rephrase that, it’s a fun adult movie. This fairy tale isn’t for kids. It’s very bloody/violent, with nudity & language. It’s got as much blood as a fun slasher film. And I really like it because of it. Just don’t bring your kids along to this one. 3.5 / 5