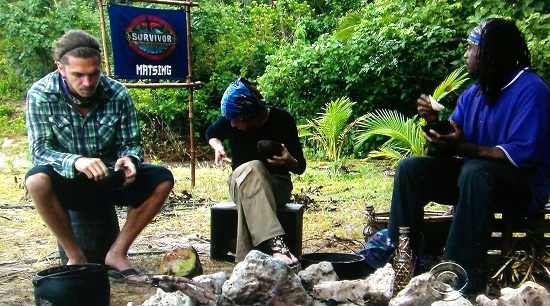 Matsing Tribe (Blue):
It’s pretty depressing on the Blue tribe. They’ve lost three in a row, and now it’s pouring down rain. So, they try to lift each other’s spirits. Russell hopes to make the biggest comeback in Survivor history.

Russell is still talking about how bad the 3 they voted out were. Sadly, he’s just as bad. Malcolm says they’re just keeping Russell around because he’s got some muscle. 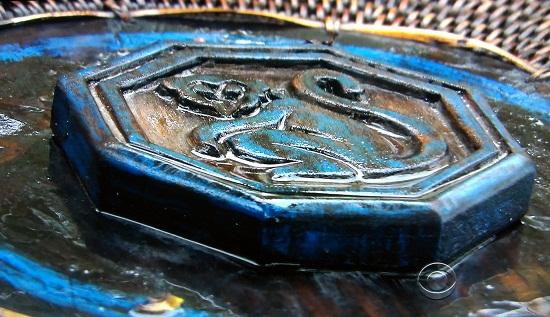 Russell started looking all over for the hidden idol. He kept passing by the thing. Denise gets suspicious when she sees him at the corner of the shelter. Malcolm & Denise search through is stuff, but don’t find anything. 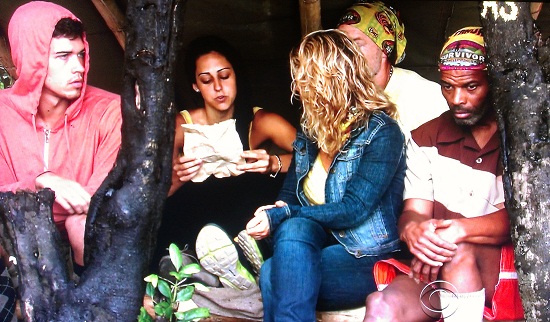 Tandang Tribe (Yellow):
Pete put the clue to the hidden immunity idol in RC’s things. He points it out to everyone. So, RC reads the idol for everyone to hear. 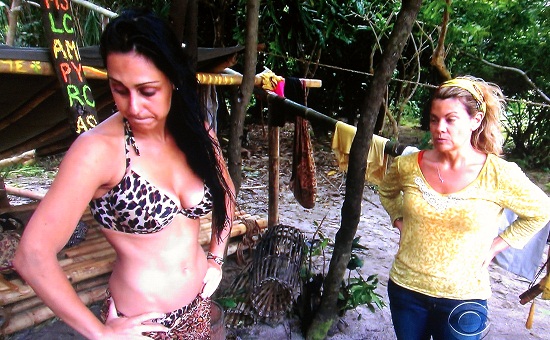 Pete is totally trying to get rid of RC. Then Abi and her get in a huge fight. Abi starts coming out with this big thing like “you betrayed me”. Abi is nuts. And Pete is using that to get rid of RC. Lisa tries to make sure that all the attention goes towards Abi & RC rather than her. 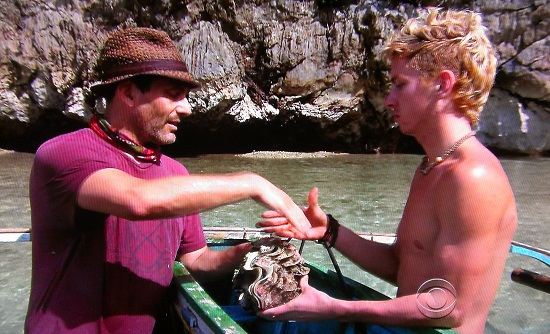 Kalabaw Tribe (Red):
Jeff is getting annoyed by all the young kids on the tribe. He feels they bring nothing as far as conversation goes. He cements his alliance, and they seem they can both trust each other. Then Carter aligned with the 2 as well. 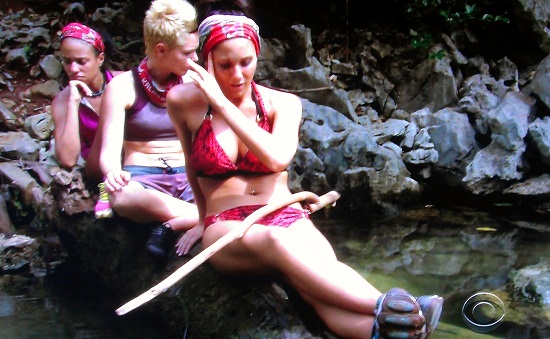 The girls think that they’re conspiring against them. So, they are all ready to vote the guys out. All they did was go out in the boat without them. They’re pretty paranoid. Yeah, maybe they’re a little justified. 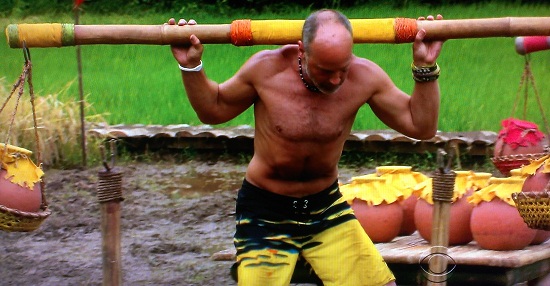 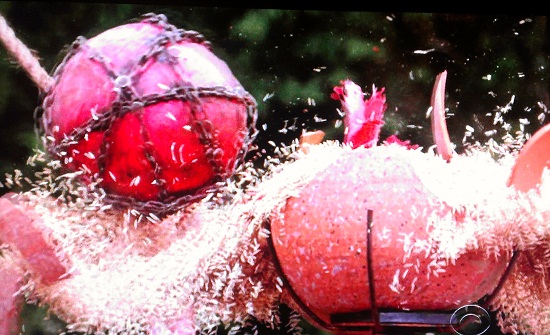 Tandang wins, Kalabaw gets 2nd, Matsing gets last again! Tandang wins by a mile. Jeff from Kalabaw and Malcolm from Matsing are neck and neck. But, throwing a ball into a target is no problem for a baseball player. Jeff wins. Tandang gets a bunch of steaks & spices plus immunity. Kalabaw gets immunity too, but trades their food reward for a tarp instead. 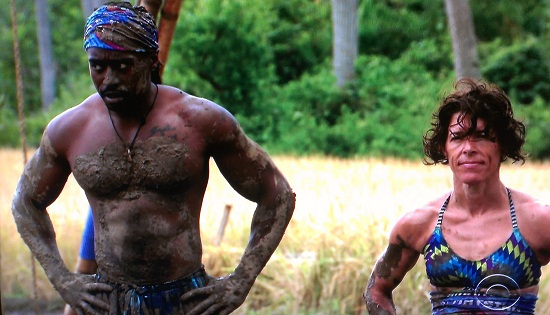 Russell decides to throw another fit. Can anyone say SORE LOSER! He tells Probst that he’s a perfect creature by god, and that he should never fail. Everything thinks he’s ridiculous. 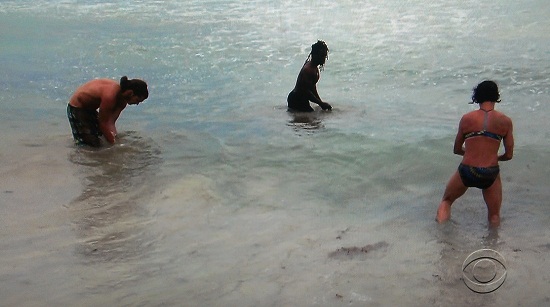 Russell tells a story about being young and being beat up by some kids. He was scared, and he catches one of them, and punches them right in the face. Then Denise tell him that they have to vote out Malcolm. Russell thinks he’s the swing vote. 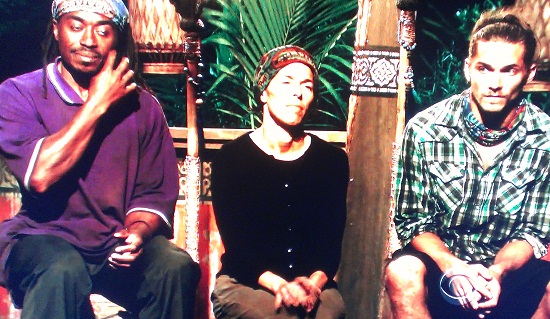 Tribal Counsel:
No one really blames anyone else for losing. Until, Jeff asks each of them why they shouldn’t vote for the other. Denise wins the social game, Russell is too old, & Malcolm is young and popular. My guess before the vote is Russell. How can they keep that maniac around any longer? 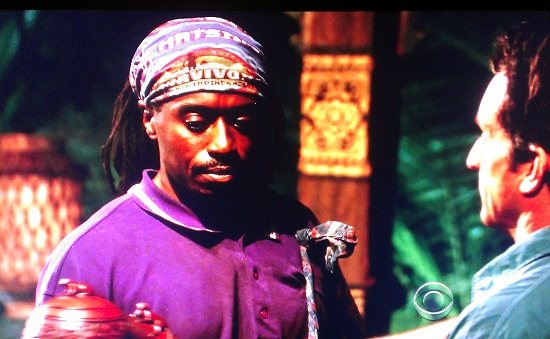 In the end I was right, and Russell is out of here. Now they’ve got 2 members. Could it be possible for them to lose again next week?! We’ll see.