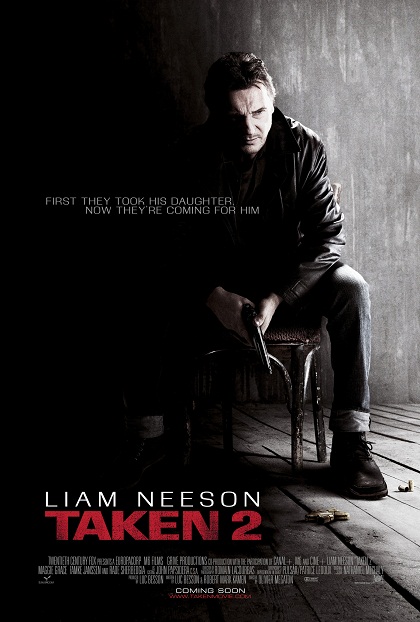 So, in Taken 2: Electric Boogaloo, Liam Neesen’s character has to dance his way to save the youth center. Just kidding.

Liam Neeson is back as Bryan Mills, a retired CIA agent with a specialized set of skills. As with the first one, he’s kind of an over protective father. His ex-wife, Lenore is now single again. Her and their daughter, Kim are living alone. They had to break their vacation plans because the Lenore has no money. Bryan is going to Istanbul for a job, but he invites them to come with them. They refuse, but soon surprise him by showing up at his hotel in Istanbul. 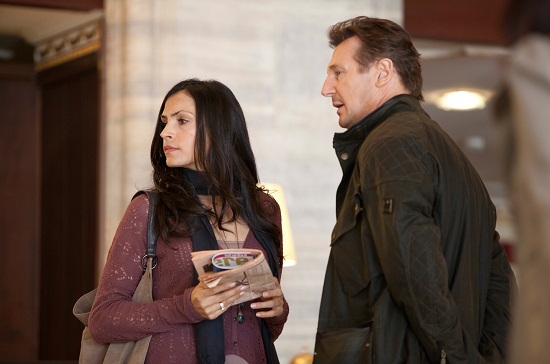 At the same time, friends and family of the terrorists that Bryan killed in the first movie are plotting their revenge. They go around to different connections to find out where Bryan is.

Bryan and Lenore are taken by the thugs when they are off on their own. The terrorists try to get the daughter from her hotel room, but Bryan is smart enough to call Kim and let her know that they are being taken and she needs to run and hide. She hides in a closet and stays safe. Unfortunately her parents are now tied up by the terrorists. 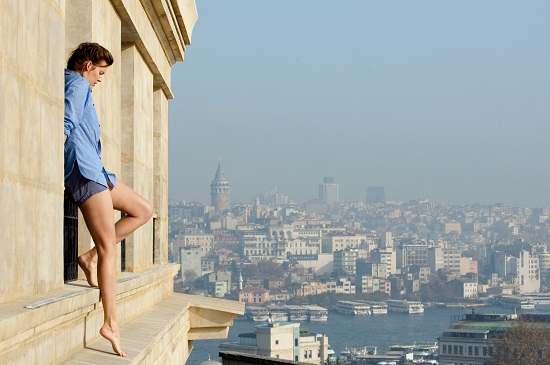 Bryan and Lenore are locked in a room. He is able to call his daughter from a concealed phone. He has her start chucking grenades. By doing this he is able to tell Kim how far away he is. She has to find her father and mother. Then Bryan can escape and get rid of these terrorists. 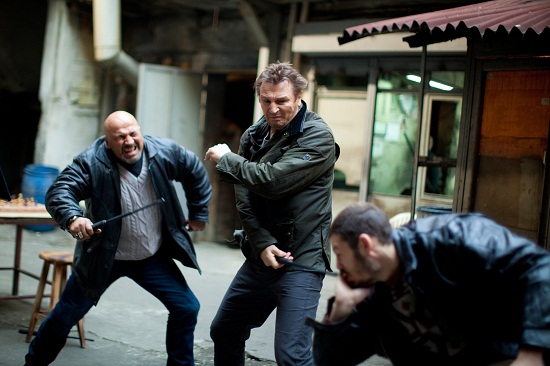 I’ll stop here, because I really don’t want to spoil it anymore. However, this movie is full of plot holes and action cliches. The first Taken movie was excellent, very original and full of bad-assery. This one is like a slapstick comedy if you ask me. I don’t know how many times I threw my hands up in the air and whispered to my brother, “WTF?”. I would say this movie is action-packed, but at what cost? Just to taint this franchise. 1.5 out of 5. Read below if you’ve seen this movie, I’ve got lots of gripes and complaints, but it’s full of spoilers.

So, you’ve seen this movie? Did you feel the same way? Here’s a few things that really bugged me about this movie.

The daughter chucks grenades, haphazardly.
So, apparently in Istanbul you can just chuck grenades everywhere and no one cares. I guess this is an everyday occurrence. 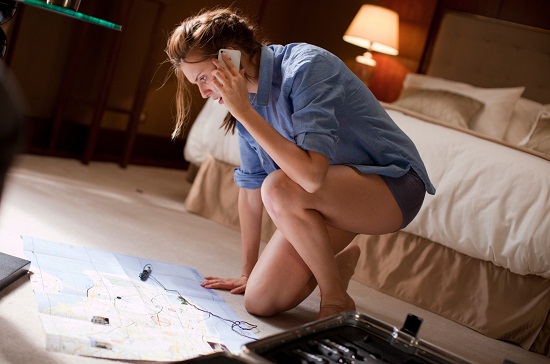 Bryan is a human GPS.
When Bryan is kidnapped, he counts down notes left and right turns, listens for birds chirping, a man playing a violin. Then, he’s able recall all this and tell give his daughter precise directions how to get to him. Chuck a grenade! Oh, okay, now you’re 4.5 km away from me. Give me a break.

The Villains are idiots!
They have him and his wife, yet instead of killing them or cutting off their legs they leave them alone in a room by a sleeping guard. They have him tied with plastic zip ties. Then he’s tied to a metal beam. I think I could even get out of that situation. It reminds me the 1960s Batman, where the villain would always put Batman in an elaborate device to kills him, then they leave the room. They even joke about this in Austin Powers. Scott Evil says “Why don’t you just kill him?” Dr. Evil says “I have an even better idea. I’m going to place him in an easily escapable situation involving an overly elaborate and exotic death”

Action movie Cliches.
Why don’t the terrorist go after him all at once. They keep attacking 1 at a time, and fail each time. Apparently the terrorists aren’t big on team work.
Also, during the car chase scene, we see a train coming by at the same time. They drive as fast as they can to beat the train and the bad guy smacks into the side of it. How many times have we seen this?

The guy with the Violin.
When Bryan is trying to find his wife at the end, he listens for the violin sound. Apparently, the old man with the violin is always playing on the front step, he never breaks for lunch or anything.

Anyway, this movie really annoyed me on how bad it was.