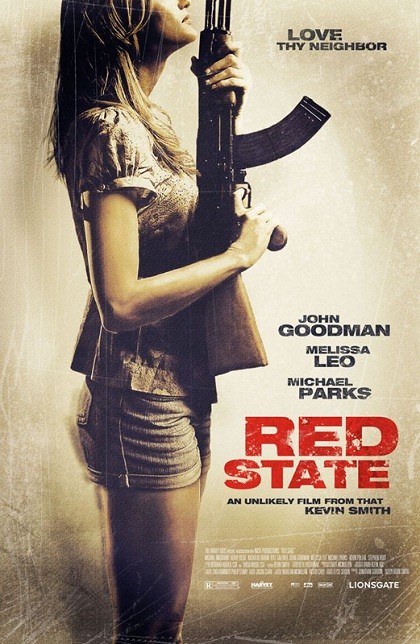 Kevin Smith’s latest movie, “Red State”, isn’t going through routes of a normal movie. Instead he took it on tour with him around the country. For a ticket price more than a normal movie ticket, you could see the movie, then get a Q&A with Kevin Smith himself. Well, its finally made it’s rounds, and it’s now on about all Cable Video on Demand Services, Xbox 360, PS3, YouTube, Vudu, iTunes, Amazon on Demand, etc. So, it’s pretty accessible for everyone now. Even though, anyone can watch the movie now, it’s still going to theaters on September 23rd. 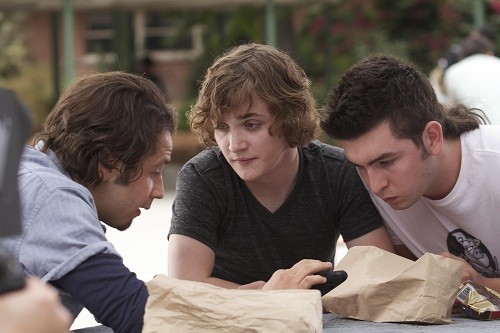 For those of you familiar with Kevin Smith’s work, get ready for a shocker. This movie is nothing like anything he’s ever done before. There’s no dick & fart jokes in this movie. He even said he wanted to make his version of a Horror film. So, he put his normal shtick aside for this one. In fact, Smith says he’s got one more movie left after this one, then he’s “retiring”. We’ll see if that happens. 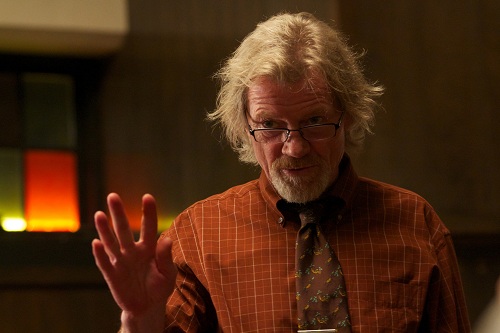 “Red State” is about a 3 teenagers who get on a “Craigslist for Sex” website. They answer an ad that has them go to Coopers Dell where they end up being kidnapped and tied up by a super-religious group from Five Points Church. Five Points likes to “do God’s work” by protesting Gay funerals and killing Homosexuals. The 3 boys are kidnapped, and they’re next in line. Pastor Abin Cooper (Michael Parks) leads the church which is made up of all his family and their spouses. He’s got a “Timothy McVeigh” type compound, walled around, and no escape. The church will protect their faith by any means necessary with tons of modified weapons. ATF Special Agent Keenan (John Goodman) is put in charge of this case. Can he handle the situation and free the hostages? 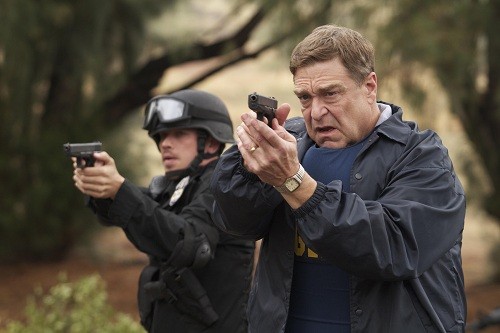 This movie is very dark. Like I said before, it’s not a normal Kevin Smith Movie. I feel this movie could have been better if he would have kept more of himself in this movie. Quentin Tarantino has a way of doing this with his movies. He adds his own comedy/pop culture references with all the blood and violence. Michael Parks and John Goodman are both great in this movie. But, for me everything else falls a little flat. I liked the movie when it was an escape from the creepy compound movie, but it turns into a shootout movie. I would say this is a good effort by Smith, but it just becomes an average movie. 2.5 out of 5.