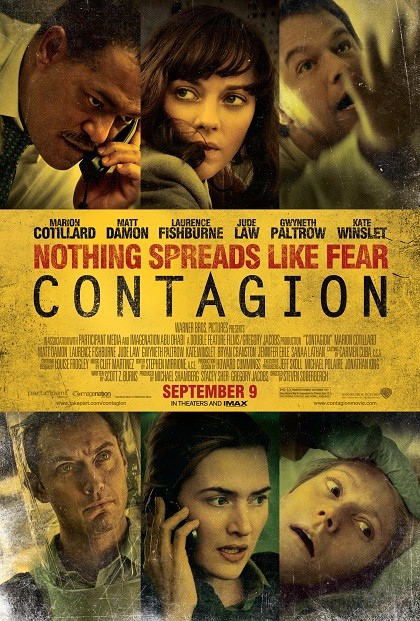 Contagion is about a quick spreading virus with a very high mortality rate., and how the WHO, CDC and the public deal with it.

The movie starts with Beth Emhoff (Gwyneth Paltrow) is returning from a business trip to Hong Kong. Â While sitting in the airport she feels like she is coming down with something. Â By the time she arrives home, she thinks she has a full blown case of the flu. Â The next morning she wakes up and has poor motor control and has a seizure. Â Her husband Mitch Emhoff (Matt Damon) takes her to the hospital. Â Unfortunatly she has another seizure at the hospital, and dies. Â While at the hospital Mitch gets a call that his step-son, Beth’s son, had a seizure. Â By the time Mitch gets home his step-son has died. 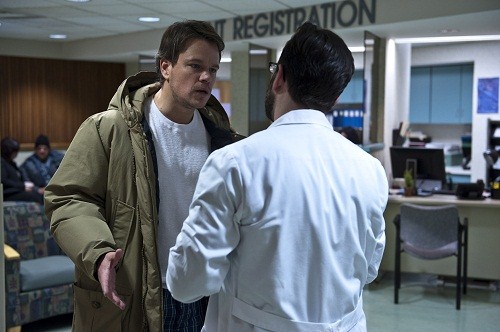 Meanwhile a video surfaces online of a man in Hong Kong riding on a bus, suffering from respitory distress having a seizure, he too dies. Â A blogger/conspiracyÂ theoristÂ Alan Krumwiede (Jude Law) gets his hands on the video andÂ immediatelyÂ starts casting theories that the World Health Org and Center for Disease Control are covering things up and keeping the public in the dark.

A few days go by and hot spots are beginning to show up across the globe where 100’s of people are dying from the same conditions. Â The CDC and WHO get involved and start to try and figure out what the virus is. Â They have difficulties growing samples of the virus because it kills every tissue sample they put it in. Â It quickly becomes apparent that the virus is spreading faster than they could have imagined, more people are dying that ever thought, and there is no cure in sight.

Krumwiede takes to his blog and says that Forsythia extract is the cure, and the CDC and WHO is hiding the cure because they want to help the pharma companies to make millions off a cure. Â As word spreads about theÂ supposedÂ cure mayhem starts to set in and looting and riots start to take place. 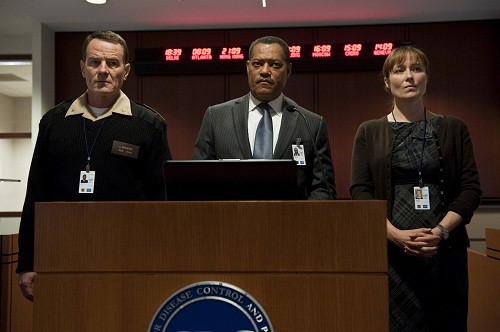 The CDC’s efforts are headed up by Dr. Ellis Cheever (Laurence Fishburne). Â He is tasked with being the face of the CDC for tv interviews as well as trying to find a cure for this wildfire disease.

Do they cure the diesease? Â Is forsythia the cure? Â You will have to see the movie to find out.

The best part of this movie is the imagery. Â Once they figure out the disease is spread by contact they have long shots of people coughing in their hands and touching glasses, door nobs, shaking hands, etc. Â This movie also sets a fairly accurate picture of what would happen if a massive outbreak like this would take place. Â GovernmentsÂ wouldÂ implementÂ marshal law, and shut down borders. Â Pharmacy’s would run out of medication, grocery stores would be out of food, and looting and crime would skyrocket. 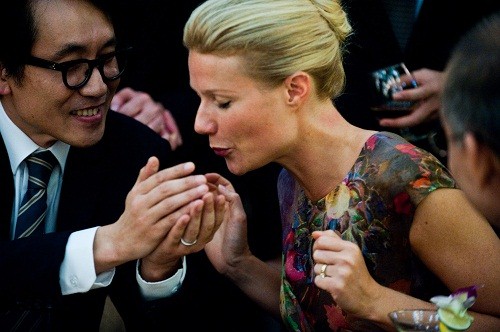 My issue with this movie was that it was very slow. Â It did not have a lot ofÂ rivetingÂ dialog, it was primarily like an episode of CSI, a lot of techno music with images of people looking in microscopes.

I would recommend waiting for this movie to come out on DVD. 2 out of 5.