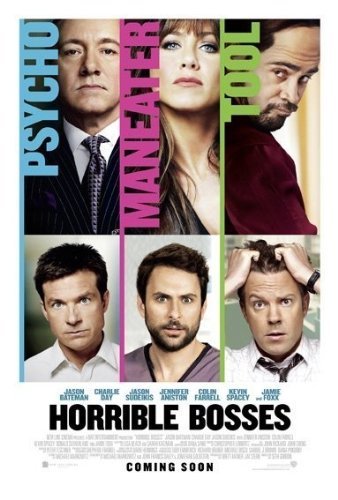 There seems to be an abundance of comic book movies & explosions this summer. Not that I have a problem with that, but today we look at a movie that just relies on comedy. Oh yeah, and the huge star-studded cast.

Horrible Bosses is about 3 friends who would be completely happy with their lives, if it wasn’t for one thing: Their bosses. 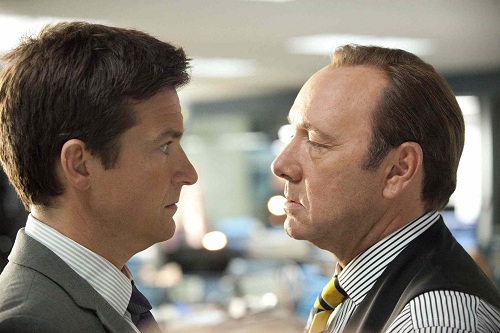 Nick (Jason Bateman) has a complete jerk for a boss (Kevin Spacey). He works weekends, extra hours, and still doesn’t get a promotion. He get’s threatened and treated like crap on a daily basis. 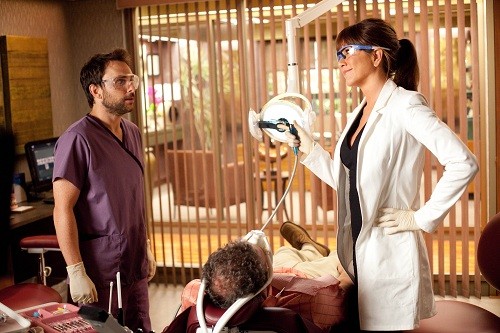 Dale (Charlie Day) works as a dental assistant for a boss (Jennifer Aniston) that constantly sexually harassing him. She’s making him uncomfortable at work, especially since he’s engaged to be married, and doesn’t want anything to mess that up. 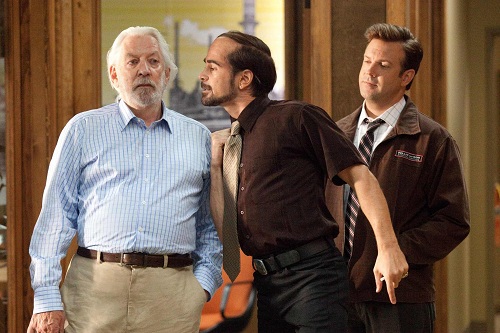 Kurt (Jason Sudeikis) works at a chemical company, for a coked up boss (Colin Farrell). He is told to do very unethical things like “firing the fat people”. 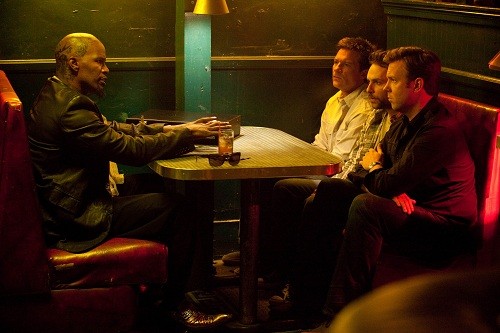 After hanging out at a bar one night, they agree life would be better without their bosses. So, they decide to kill their bosses. Of course, they know nothing of this, so they hire a Murder Consultant (Jamie Foxx) with an interesting “name”. The movie revolves around the 3 trying to come up with creative ways to “off” their bosses, so it looks like an accident and they won’t get in trouble. Hilarity pursues…

Of all comedies that have come out in the last few years, I would say this is up there with the original “Hangover”. There were non-stop laughs. In fact, with a big theater, I’m sure I missed a few jokes because of all the laughing. This movie is raunchy, but freaking hilarious. My friend an I have been quoting parts of the movie for the past few days. That doesn’t happen very often. All the actors in this movie played their roles flawlessly. Jennifer Aniston plays a role way outside the norm. She’s one of the most raunchy characters I’ve ever seen. And Charlie Day is going to be a huge star after this movie. 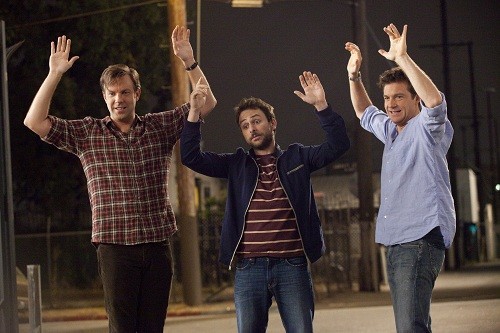 Now, yeah, this movie isn’t for everyone. I’d be embarrassed to watch this with my mom, but _I_ loved it. It’s a lot of fun, and I totally recommend it!