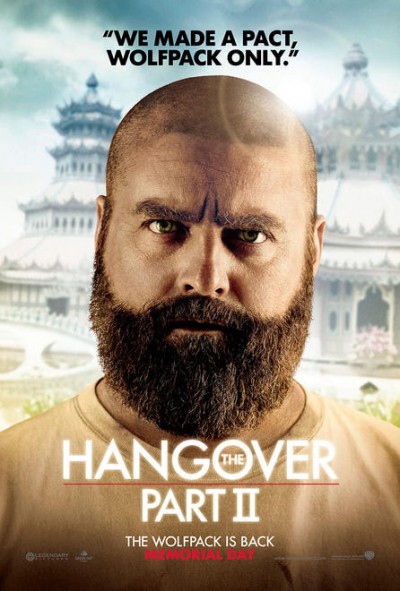 On Monday, I got to see “The Hangover Part II”. We went to one of the oldest theaters here in St. Louis, the Hi-Pointe. I’ve never actually been there before. So, this was my first experience. It’s an old theater, but it has some nostalgia. The bathroom’s are upstairs. Apparently, the urinals in the men’s restroom were voted “Best in St. Louis” in the Riverfront Times. You’ll need those if you’ve been drinking a couple of PBR tall boys from the concession stand. 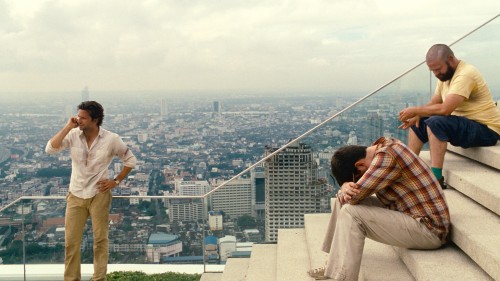 So, let’s get to the movie… Stu is getting married, this time it’s not to a stripper in Vegas. He’s found the love of his life. The only hurdle is earning his father-in-law’s respect. The wedding is in Thailand, where his fiancÃ©e is from. Of course he invites his friends Phil & Doug. Alan, is another story. Doug’s wife said all Alan talks about is the fun times he had. So, Doug talks Stu into inviting Alan along. Just like in the first movie, Zach Galifianakis is hilarious as Alan. He gets really jealous of Alan’s soon to be brother-in-law. “This Seat’s for Wolfpack Only!”.

The rehearsal dinner consisted of his soon to be Father-In-Law making Stu feel like a “mushy piece of rice”. Then Alan made him squirm even more with an inappropriate toast about his marriage to stripper. After the most uncomfortable dinner, the decide to spend about “20 minutes” on the beach hanging out. That’s the last thing they remember. 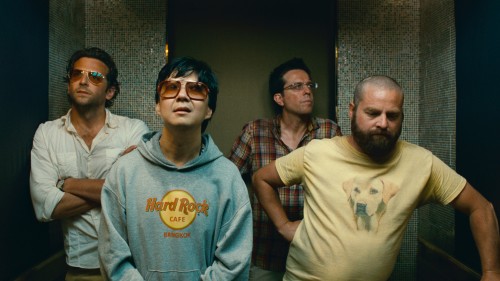 I really don’t want to give away too much of this movie. But, the movie is very similar to the first movie. The only difference is, instead of losing Doug, they lose Stu’s soon to be brother-in-law. And instead of Vegas, they’re in Bangkok, Thailand. This almost reminds me of what they did with Home Alone 1 & 2. They were basically the same movie.

If you could get past the fact that this would happen again to these guys, you’re going to laugh. This movie is hilarious. There’s some real gross-out moments, that will make you cringe and laugh at the same time. Oh, and be prepared for a couple of surprises. If you loved the first Hangover, you’re going to like this one. I recommend it.