In the Fall of 1999, the band, AFI released their EP tribute to the season. The EP is called “All Hallows EP”. With only 4 songs, you wouldn’t think this thing is worth the price of admission, but it is. 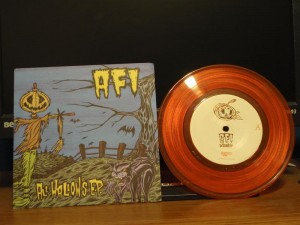 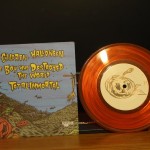 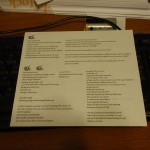 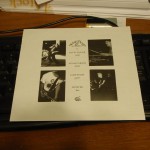 I was one of the lucky few who pre-ordered the thing from Nitro in early summer ’99. Therefore I got the 7″ record on orange vinyl. There was only 1000 of these made. In fact, it’s so rare, this thing has sold before on ebay for over $200 bucks. I just found that out now, so maybe, I’ll be putting up on ebay. I could sure use the money. haha..

I know a bunch of you out there don’t really like AFI. Well, I would say I was a big fan when they were a East Bay Hardcore Band. They played fast & loud. Then around their 3rd album, they started to transition themselves into the mixture of punk / emo / techno / horrorcore sound they are now. I wouldn’t say I dislike the change, but listen to “Answer that and stay Fashionable”, then listen to “decemberunderground”. It’s a pretty big change.

This EP wouldn’t be the first time they wrote a song about the spirit of the season. On their 3rd album, “Shut Your Mouth and Open Your Eyes”, they also had a Halloween/Autumnal song called “Third Season”.

Getting back to the “All Hallow’s EP”, there’s 4 solid tracks on here. It has one of the better covers of The Misfit’s “Halloween”. Their Halloween-y type song, “Fall Children”. A song that made it to Tony Hawks Pro Skater 3, “The Boy who destroyed the World” & another great song, “Totalimmortal”. “Totalimmortal” was covered about a year later by The Offspring, and put on the “Me, Myself & Irene” soundtrack.

Here’s the video for “Totalimmortal”:

This EP is no longer available on vinyl. But, you can buy the thing on cd.