There are many zombie killing video games out there; Resident Evil, Left 4 Dead, Dead Rising, etc. Today, we’re looking at the awesome zombie game for the Wii, The House of the Living Dead: Overkill. 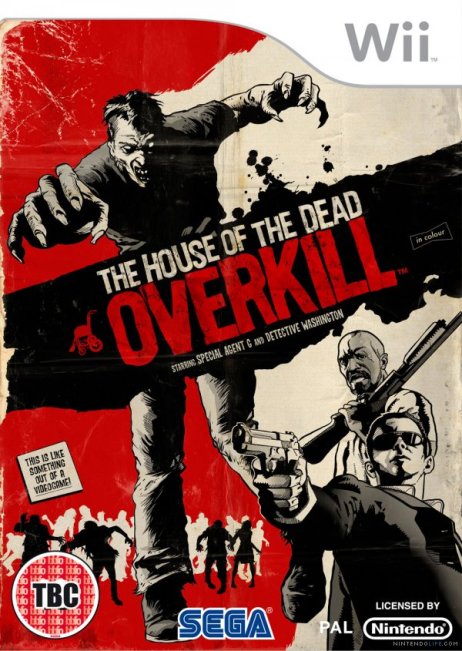 When you think the Nintendo Wii, you think of Mario, Zelda, Wii Sports. You mainly think of “kiddie” games or family games. This game totally breaks that stereotype. In fact, I would say the F word is said in this game more than all the Grand Theft Auto games put together.

The great thing about this game is it’s basically a 70s style Zombie movie. If you’ve ever seen the movie by Robert Rodriguez, Planet Terror, you’ve basically seen this game. In fact the opening intro to the game, shown above, looks just like the intro to Planet Terror. Except, in Planet Terror, Rose Mcgowan was the pole dancer.

The above video shows you all the intros and all the gameplay. You can see, that it’s not a game for the kiddies. It’s easy to play, you just aim your wii-mote at the screen, and “blast the mutha fuckin’ zombies”. It’s very cheesy, but is a fun game to play. Plus, it’s scary enough to make it a perfect video game for the season.

One thought on “43 Days Until Halloween: House of the Dead: Overkill”