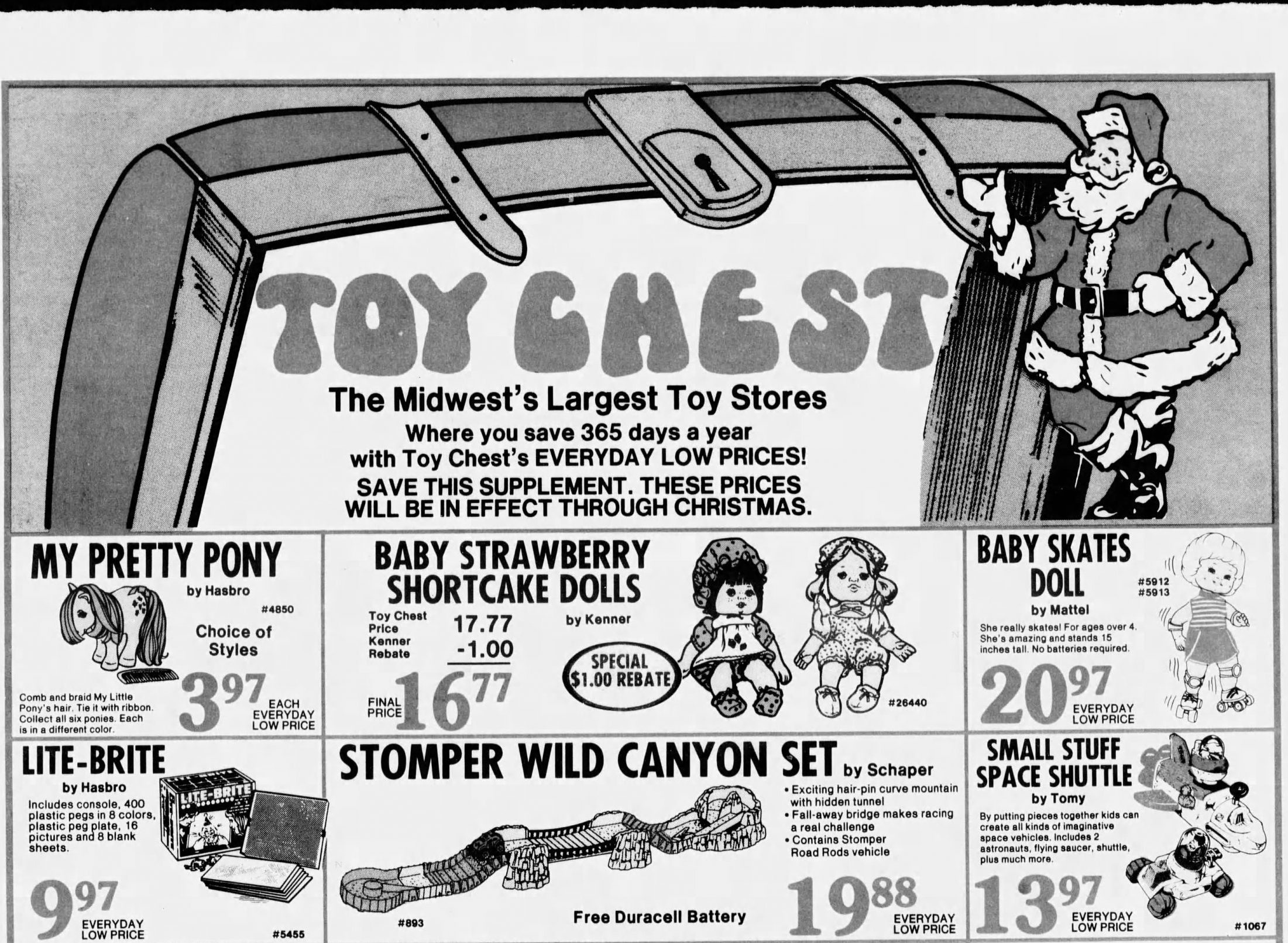 Well, Christmas will be here before you know it. Santa will be coming down the chimney to bring you all the toys that you put on your list IF you were good this year. And, since I had a bunch of toy commercials ripped and ready to go, I figured I’d make this article Christmas-themed.

Hot Wheels and Matchbox cars were always a hot toy when I was younger. I probably had hundreds of them and lost about that many in the backyard. So, I was way into Slam Shifters when they came to the market. They weren’t Hot Wheel or Matchbox branded, but they were better. You would slam on a lever as hard as you could and the car would zoom across the floor. I actually had a few of these when I was a kid. They were pretty cool. However, the “slammer” was made of plastic. A few months of slamming broke the thing. But, what do you expect when you tell kids to hit something as hard as they can.

When I was younger, a Big Wheel bike was always on my Christmas list. This one was branded like the General Lee from Dukes of Hazzard. My next door neighbor had a Knight Rider version of this same bike. You had the brake that would quickly turn your vehicle. I was later told when I got older why my parents never got me one of these. Apparently, they heard that many kids riding on these vehicles are so low to the ground that Real Cars can’t see you. Apparently, there were many incidents of kids getting run over. Since my older brother literally got run over by a car when he was 3 years old, I can see where their concern was. BTW, my brother Jeff is fine, I didn’t want to end this paragraph without clarifying that.

Back in the day, if you even talked about My Little Pony, you’d be treated to some major bullying on the Playground. I didn’t need anymore than I already got from my Lloyd Christmas hairdo. Apparently, boys can’t like ponies, puppies or kittens. My little Pony was a line that I’m surprised is still around today. I think the whole gender lines have been crossed with this toy with many “Bronie” groups and collectors. I just don’t get it, but who am I to judge.

Trap Jaw from Masters of the Universe (1984)

Masters of the Universe was my favorite cartoon & toyline at the time. Even as an adult, I’ve continued following the lore with the 2002 animated series, comics, and I can’t wait for the Kevin Smith Netflix series. The 80s line will always remain dear to my heart. Almost all these toys used the same molds for these figures. That is why all these figures look like they workout at the same gym. A skull with blue muscles never made sense, but I didn’t care. The weirder the toy, the better. Trap Jaw was one of these toys that had so many things going for it. It had 3 interchangeable weapons that screwed into his arm socket. It had a mouth that actually opened and closed. And it had a ring on his head that you can use some thread in it to have it zipline across the room. He-Man was pretty lame in comparison.

TIME FOR A SNACK BREAK!

While we’re talking about Christmas, and since I have nowhere else to post this commercial, I thought I’d put it here. I loved this time of year because my favorite snack foods are cheese, sausage & crackers. It just works so well together. This commercial makes these crackers so “fancy”.

When I was around 5 or 6 years old, my brother tried to give me something super gross. He took a Ritz Cracker, spread cheese on it, put a pecan on top and sprinkled Cinnamon and sugar on top. He gave it to me thinking it would be disgusting. However, I loved it. I asked him for another. I started making these “hors d’oeuvres” for myself all the time. My family thought I was crazy.

I remember riding the school bus to school in the morning to see a bunch of people lined up in front of the K-Mart we passed by regularly. I found out from other kids on the bus that these were people waiting in line to get a Cabbage Patch kid doll. I didn’t really get into them like some people. Once I saw the lines of people wanting to get one, I wanted to get my hands on one to sell it for a profit. Back then I wanted an Atari. I never was able to get one to turn over to get my Atari. But, I still remember the craze. This commercial shows the figures that came out soon after the dolls. I’m sure some kids got this figures since the parents couldn’t find a doll. And I’m sure the kids were disappointed.

Remember Toy Stores? Yeah, It’s hard to believe there was a time there were many toy stores around. I remember several where I live: Toys R Us, KayBee Toys, Childrens Palace, and Toy Chest. Toy Chest was a St. Louis Regional Toy store. There’s something about a toy store that kids are missing today. This commercial spotlights Lite Brite and Get in Shape Girl. I just looked it up and I’m surprised that Lite Brite still exists today. It’s an LED battery powered version, but it’s basically the same toy. I remember buying lite brite from my neighbors garage sale for $1 dollar. In fact, I’m sure it’s still sitting in my parents basement somewhere.

Thank you for reading my take on vintage toy commercials,

One Reply to “What Do you want for Christmas? (Vintage Toy Commercials)”