I’ve watched the entire run of Seinfeld multiple times. It’s pretty annoying watching the show with me, because I’ll probably be reciting the lines of the show out loud. I do the same thing when watching Back to the Future.

Once you’ve seen the show over and over, you start noticing things in the background. I’m talking about things like discontinued beer advertised in store windows, Notes on Jerry’s fridge, Candy on the counter at the coffee shop, or things hanging out on Jerry’s bookshelf. 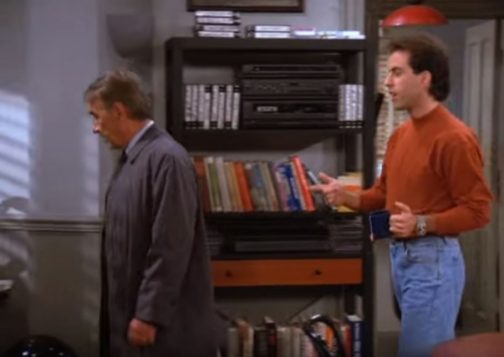 Today we’ll be looking at Jerry’s bookshelf. The things on the shelf change from season to season. But, I tried to compile as much as I could find here.

Early in the show, the bookshelf actually just had some books on it, and some non-commercial vhs tapes. There’s a bunch on unrecognizable books and some VHS tapes that seem to have been recorded. Perhaps they were recordings of his TV appearances. There really isn’t many things on the shelf that are recognizable. 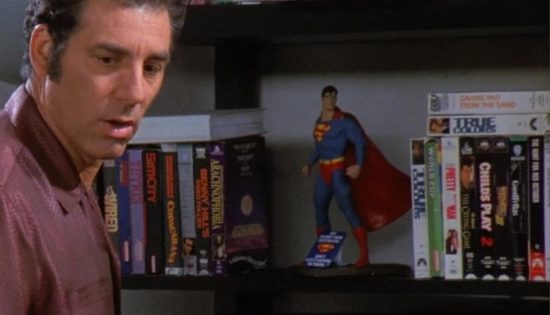 (photo above from this reddit post)
Later on in the show, We were able to start recognizing items on the shelf.

There’s 4 NES titles on Jerry’s shelf. I would assume that Jerry has a Nintendo Entertainment System connected to his TV, since we don’t really get a decent view of his TV. We also never see him playing it. There was 2 versions of Tetris made for the NES. One was made by Tengen until a cease and desist from Nintendo was made because they didn’t own the copyright. The 2nd version was made by Nintendo themselves, and that’s the copy sitting on the shelf. The copy of Sim City on his shelf didn’t exist. Well, it didn’t except as a prototype. There was supposed to be a port coming to NES, but the SNES was just coming out, so Sim City was made for the SNES and not the NES. The other 2 games are World Cup and Super Spike V’Ball. The interesting thing is, you can buy an NES cartridge out there with these 2 games titles on it.

On the side of the shelf with the NES Games are a few VHS tapes. I can see Jerry having Wired, Copacabana and Benny Hill’s Video Follies since they both have classic comedians (John Belushi, Groucho Marx, and Benny Hill. Arachnophobia was marketed as the first “Thrill-omedy”, which after watching the movie, you can see that it’s barely a comedy. It’s like any other horror/thriller movie with a couple comedy bits thrown in there. 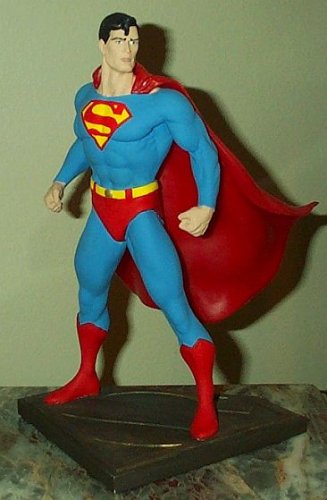 On the other side of the Superman Statue are more VHS tapes. I remember there was one episode where George saw his father without a shirt on. He mentioned it was his own personal “Crying Game”. There’s a couple Golf videos here as well. I don’t remember Jerry golfing so much, but Kramer did. Child’s Play 2 is also there which I think is the best in the series. Also, Goodfellas is there, which is one of my top 10 movies of all time. 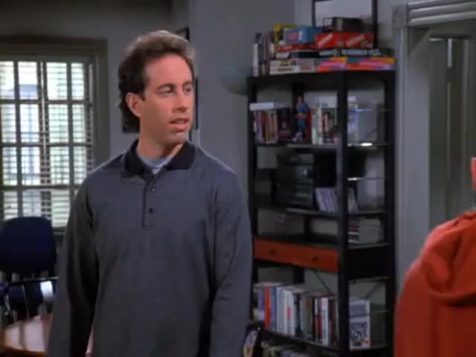 Look closely, and you can see that Jerry has a ton of board games on top of the shelf. I tried to compile as many as I could see. These board games seem to change from episode to episode.

There were a few episodes where Jerry is playing Scrabble at the table. There’s a great episode where Newman and Kramer are playing a game of Risk that goes over the course of a few days. They end up “finishing” the game on the Subway when a Ukrainian man destroys their game board. There was also an episode with Jerry & Elaine playing Battleship. Jerry insists that Elaine makes an explosion sound when her Battleship is sunk.

When I was researching for this article, I found that IMDB have a few VHS tapes listed that I didn’t have. I know that for the most party the VHS tapes would stay the same. From episode to episode, they would add a couple more to the shelf. The other VHS tapes I saw were:

Against All Odds
Betrayed
Leolo
Secret Games II (The Escort) 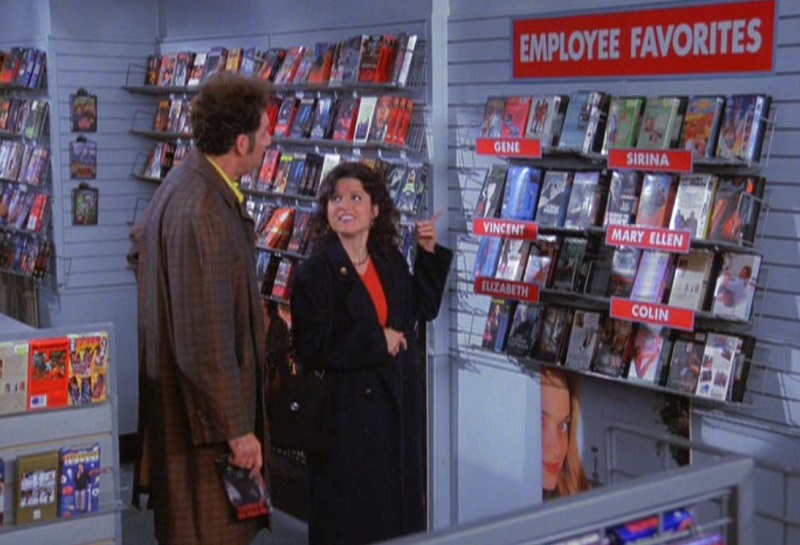 The one video that sticks out in this batch is the movie, Betrayed. There’s an episode where Elaine rents movies from the video store. She always rents one of “Vincent’s Picks”, which is a Video store clerk. Kramer convinces Elaine to rent a “Gene Pick” – “Weekend at Bernies 2”. The next day, the movie “Betrayed” is under “Vincent’s Picks”.

So, there you go. Next time you watch Seinfeld look at the background, and you’ll see some of these items floating around on Jerry’s bookshelf.

Thank you for reading,

One thought on “Jerry’s Bookshelf”