I just recently found a video of my family opening presents on Christmas morning in 1988. Today, I’m going to compare the presents I got to what my brother received.

Back in 1988, I had a Commodore 64. Most of my friends had the Nintendo Entertainment System (NES). Well, my Mom would never get me a video game system because it wasnâ€™t educational. The thing was, all I did on the Commodore 64 was play games. Iâ€™m sure I asked for an NES that year then later years â€“ a Super Nintendo, Sega Genesis, Playstation, etc. etc. After awhile I stopped even asking, I had to save my money and buy them myself. I got my NES later in 1989 after saving up allowances, birthday cash, and other found money. 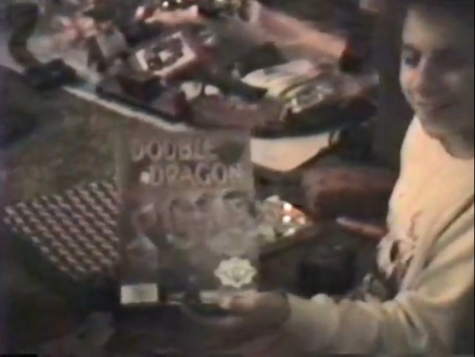 That Christmas, I got Double Dragon and Who Framed Roger Rabbit for the C64. Double Dragon wasnâ€™t a great port on the C64. I remember spending a lot of quarters on that game at the local candy shop. Who Framed Roger Rabbit was amazing, though. I played the crap out of that game. The only thing is there were questions in between the game, if you didnâ€™t answer them correctly, you couldnâ€™t play. The questions came straight from this â€œAcme Gag Factory Catalogâ€. If you ever lost the thing, you were screwed. Guess what happened? Yep, it was lost a couple weeks later. 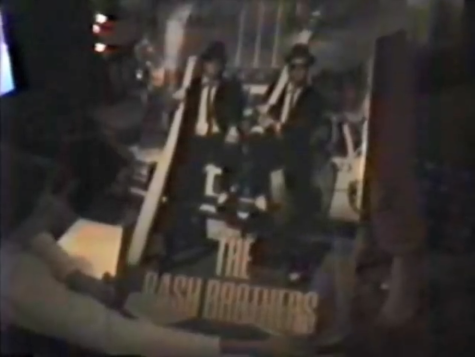 I got a Bash Brothers poster. I was a huge fan of Mark McGwire and Jose Canseco back then. I collected a lot of baseball cards and these guys were worth the most money. Itâ€™s not like I watched a lot of Oakland Aâ€™s games, except for the World Series that year. But, collecting and trading baseball cards were huge. Also got what I refer to as â€œBaseball card junkâ€ and an Ozzie Smith Folder. 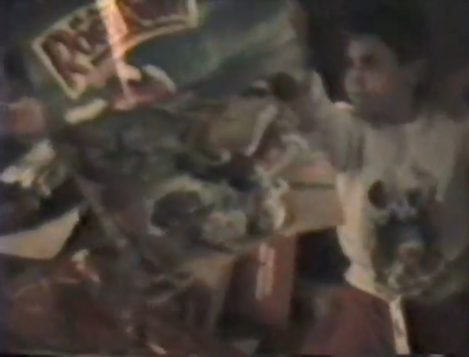 If you look closely, you can see my old Spuds Mackenzie shirt.

I’m glad there’s video evidence of this. Otherwise, no one would believe me. My brother, Jeff didn’t do so well for Christmas. Well, maybe it was stuff that he wanted. Maybe it wasn’t. I just talked about a few of items that I got for Christmas. Let’s see what Jeff got. 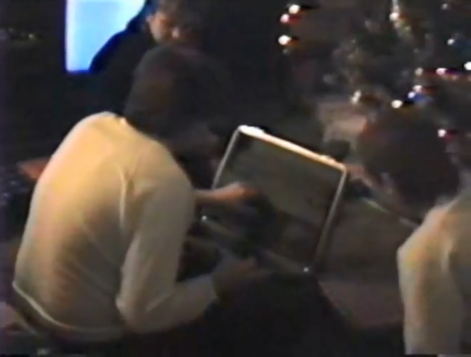 Jeff was 8 years older than me. So, he would of been 19 at this time. I was 11. I can still remember back when I was 19, and I never in my wildest dreams would of wanted a briefcase. But, that’s what he received. I don’t remember Jeff being a lawyer or business executive back then. So, I wonder why he would need this. Maybe he kept crackers in there. 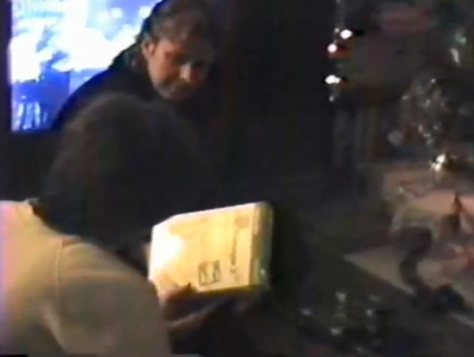 He also got Data Manager – productivity software. WHAT?! So apparently before Microsoft Office, Google Docs, etc., you had to get some sort of Productivity software to create documents and spreadsheets. Did he actually use this? I was on the computer pretty much 24/7 playing Jumpman Junior, I have no idea when he came downstairs to write a spreadsheet. When you watch the video, it’s pretty hilarious how while Jeff is opening the Data Manager software, you hear me shout “DOUBLE DRAGON!” 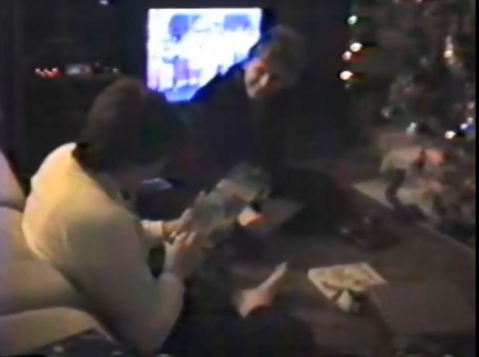 It’s true. Jeff got Odor Eaters for Christmas. It’s at this point, re-watching this video that I realize either my parents were just punking my brother or he’s just been a jerk all year. What other reason could there be? This is why you always make a Christmas list. Otherwise you end up with this stuff.

Anyway, I found out pretty early that there was no Santa Claus. Older kids on the playground would always say it. Also, my parents just weren’t that sneaky. I never admitted to my parents that I knew that there was no Santa Claus. I figured, if I didn’t believe in Santa anymore, I’d stop getting toys and start getting Odor Eaters and Productivity Software.

If you want to check out the full video below where you can hear my 11 year old voice still squeaky and awkward. And also watch my Dad be surprised that they make “Stylish” jeans for guys like him. I put this video up a long time ago, so I’m not positive where the actual VHS is to upload a better copy. But, it’s still watchable.