I love Halloween. I’ll be the first one to say that I’m ready to decorate right after Labor Day. Some would say it’s too early, but not for me. If you go into a store in early September, they’ll be clearing out the pencils and books for Skeletons, Pumpkins, and candy.

Our story starts with me wanting to check out cheap $3 Horror/Halloween DVDs at Kmart. There were posts on twitter about cheap movies. So, I jumped at the chance finding Psycho 2-4 on 1 disc for $3. Those impossible to find on streaming services are the ones I’m looking for. 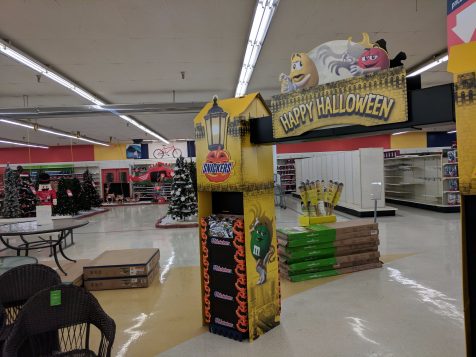 Let’s set the scene, it’s September 14th. Most stores barely have a Halloween section out. In fact, before I came here I was at Target, and they still had their Back to School section there. I see a big Halloween M&Ms display. This must be the place for Hallowee….. what? Is that a Christmas tree behind that Candy display? 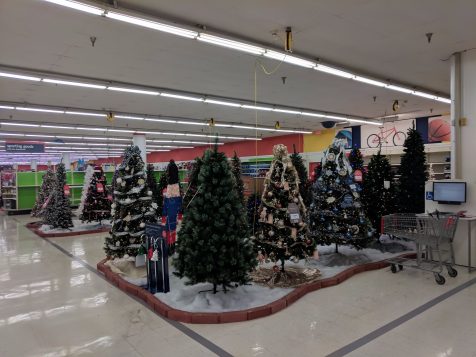 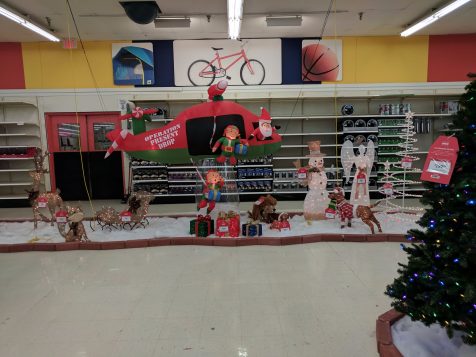 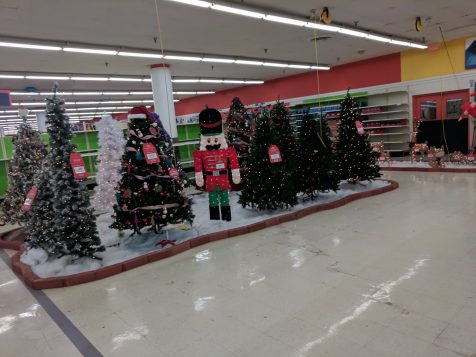 I was confused thinking.. Am I seeing this? Where is the Halloween stuff? Am I late? Have they had their Halloween stuff up since July and now they’re clearing it out for Christmas stuff? What is going on here? 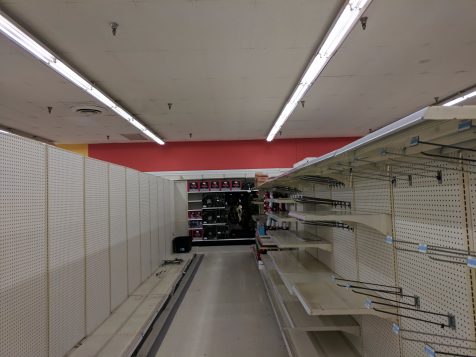 There’s an empty aisle next to the Christmas trees. Am I right about my theory of Halloween being cleared out for Christmas stuff? It’s September 14th! There’s 100+ days until Christmas but only 50+ until Halloween. 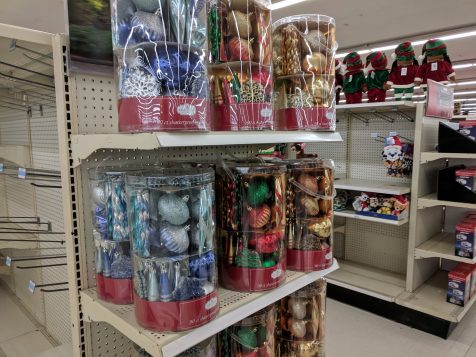 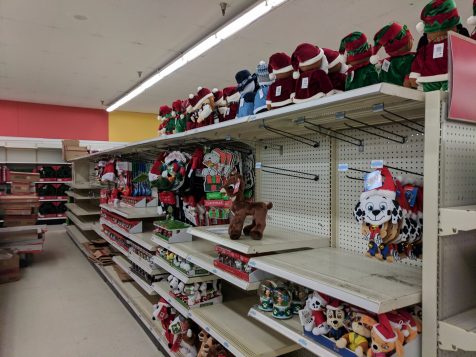 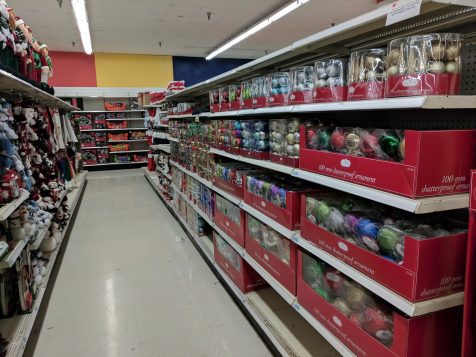 The next few aisle over are full of Christmas stuff. Hey, I love Christmas as much as the next person. But, it’s time for Freddy & Jason not Santa & Frosty. Unless Freddy is haunting Santa’s dreams, then it’s acceptable. 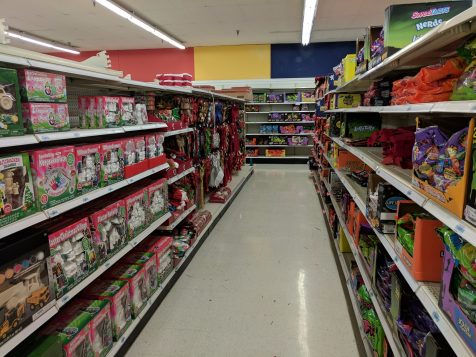 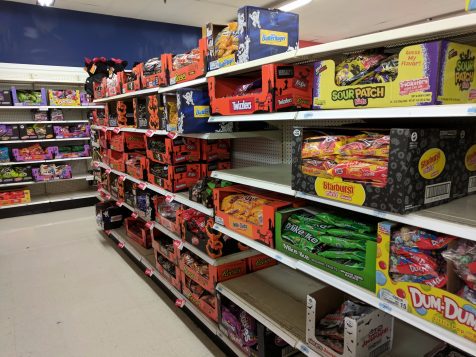 AHA!! I finally found an aisle with half-Christmas / half-Halloween. Was KMart trying to merge 2 Holidays? I think they were. Either that, or the staff was just like – Screw it, We’ve got all the stuff in back, just put it out on the floor. No one is going to buy a new Lawn mower or patio furniture at this time of year, anyway. 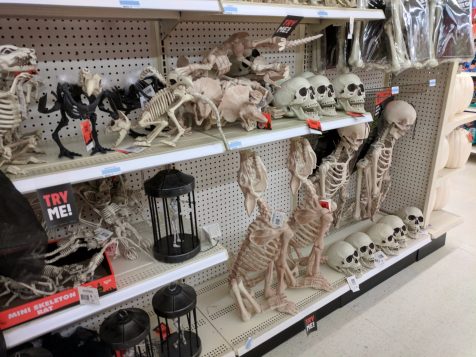 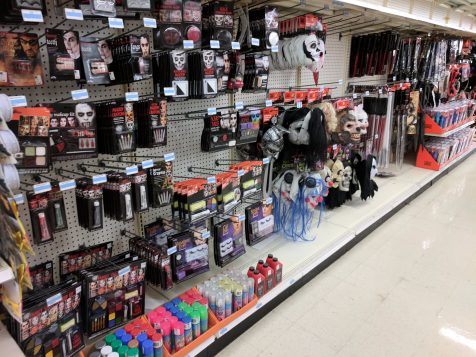 So, they had about 3 1/2 Halloween aisles compared to the 10+ aisles full of Christmas. Very strange decision to do this. 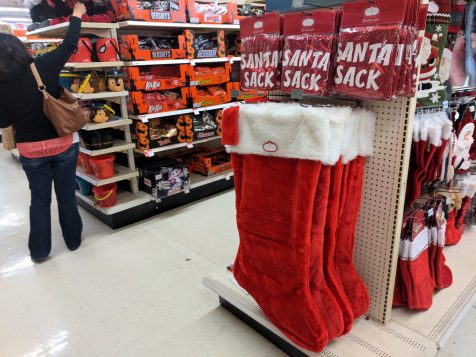 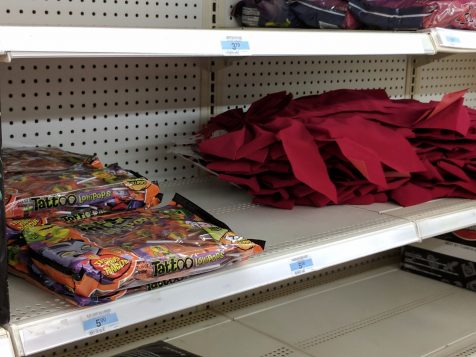 Well, I guess I can start putting up my stockings and stuff them with Halloween Candy. 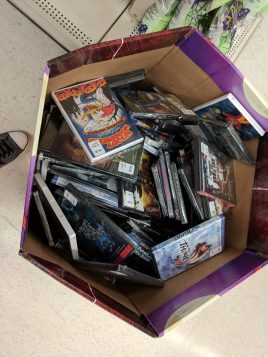 After all this Christmasoween decorations debacle, I almost forgot what I originally came into KMart for. I found their tiny Halloween movies bin. Unfortunately, there was nothing in the box I didn’t already have or want. Woody Woodpecker’s Halloween wasn’t on my list of wants. Now that I think about it, I should of bought it. I can only imagine Woody with his laugh – “Ha-Ha-Ha Ha- HAAAAAAAA—loween!”

Well, there you go, that’s how a simple trip to KMart turned into an incredible experience.

Thanks for reading,
+Greg