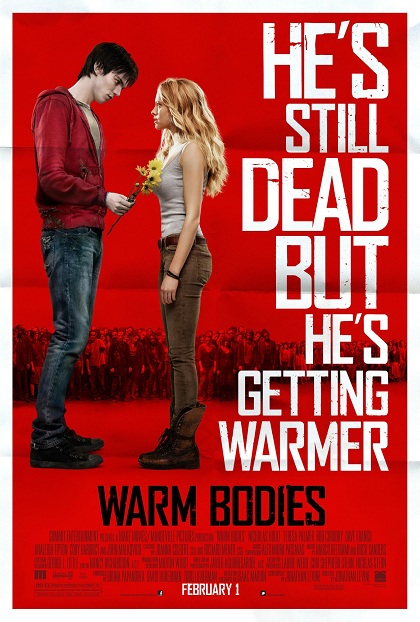 Warm Bodies is about a post-apocalyptic time. Corpses walk freely and feed on humans. We’ve seen this before. But, now we have another type walking dead called boneys. Boneys are basically a walking corpse, that eventually over time lose all their skin until they look like a walking skeleton. Boneys only feed on humans, they will not eat the corpses. Yeah, so, that’s the setup. 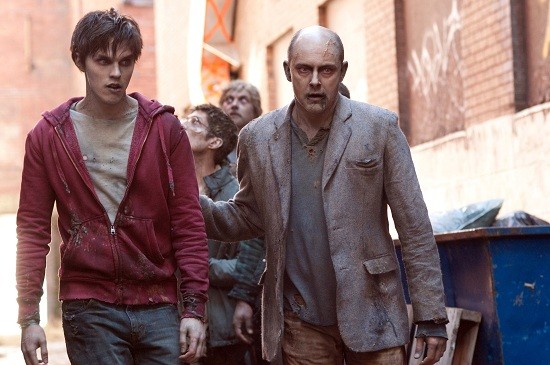 One of these walking corpses, called R. We are able to hear his inner-monologue. We hear everything he’s thinking. One day he comes across a human girl. Something comes over him, he hears music in is head. Instead of eating her, he covers her with his blood to protect her from the other corpses. So, he takes her back to his home in a commercial jet, to keep her safe from the corpses and the boneys. 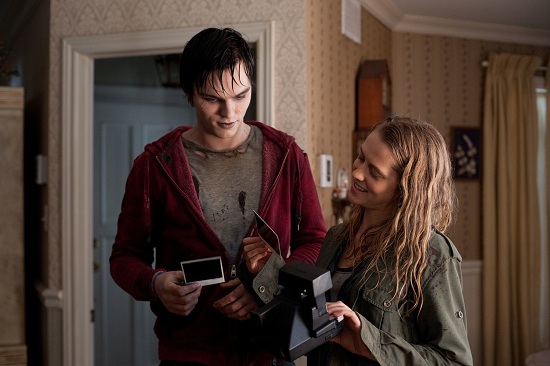 Eventually, the thought of hope and love gets his heart beating again. This spreads to his other corpse friends. Eventually, they all start changing, their hearts start beating. The don’t want to hurt people. they want to help them. Of course, the boneys are not able to change, and are now ready to kill the humans as well as the changing corpses. 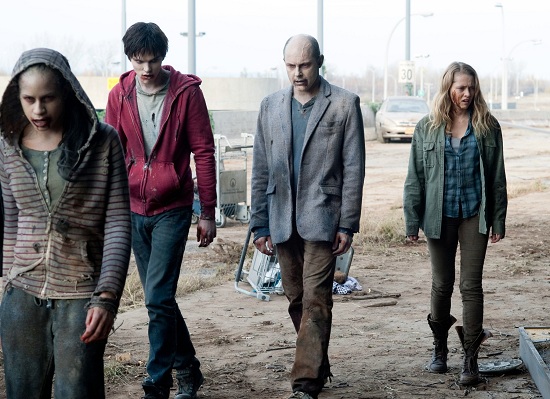 First I should say some good things about the movie. It is original, I’ll give it that. There’s no other zombie movie I’ve ever seen where you are able to hear the inner thoughts of a zombie. The zombies weren’t like your normal zombie movie. They were able to pick up things, open doors, sit down, etc. They were more like a bunch of stoned out goths.

Sadly, it’s not a movie that I really enjoyed that much. It’s got a couple of funny parts thrown in there. To me, it was just stupid. Perhaps, it’s because I love the zombie genre, and this really pissed all over it. I like “28 Days Later”, “Dawn of the Dead”, “The Walking Dead” (tv show & comic), but this is no where on the same page. I can’t recommend it. But, I really think I’m not the demographic for this movie. I really think teenagers, especially teenage girls are going to love this movie. Unfortunately, I’m a 35 year old male, so I give it 2 out of 5.