The other day, it occurred to me that there’s absolutely no cartoons on Saturday morning anymore. I guess this is because there’s Cartoon Network, Nickelodeon, Disney XD, etc. There’s just no need for it anymore. But, what I really miss are the old Looney Tunes. They were old even when I was young, but these were classics. 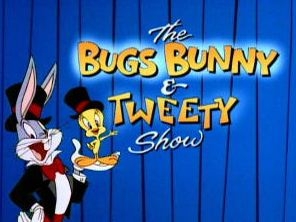 I remember getting up on Saturday mornings to watch the “Bugs & Tweety Show”. It was basically a hour long collection of old Looney Tunes cartoons. It was something that I remember watching with Dad. I think he got a kick out of how much I enjoyed a cartoon that was around when he was a kid. I’ll probably feel the same way if some day I can sit down with my kid (if that ever happens) and watch Voltron or He-Man with them.

You gotta love Bugs Bunny, everyone’s favorite Smart-Ass. He’s probably where I got a lot of my sarcasm and sense of humor.While watching a few Bugs Bunny cartoons, I realized, there’s an on-going theme. Bugs is damn good at card games.

Take the above cartoon for example, Bonanza Bunny. Bugs encounters Blacque Jacque Shellacque. After realizing Bugs has a bag of gold, he tries to take it from him. Jacque insists on the winner of a game of Blackjack wins the bag of gold. Bugs stands on one card. He beats Jacque’s two 10s with the infamous 21 of hearts!

In this short, Bugs ends up with some gold again. This time, Nasty Canasta is there to steal his gold. In the end they start playing poker. Bugs acts dumb the whole time, even though he knows he’s much smarter than Nasty. I’m not positive if Bugs is the best card player out there, but he’s definitely one of the toughest opponents.

My favorite of Bugs’ foes is Yosemite Sam. He’s not as stupid as Elmer, but he’s still kinda empty upstairs. They’re fighting through the whole short. They decide to settle their differences like they do in old westerns by playing cards. So Bugs sports a costume like he normally does. This time with a Cowboy hat and gun holster. He says his game is Gin Rummy.

In the last short we’re looking at today, Bugs encounters Colonel Shuffle. According to Shuffle, he’s the best poker player on the Mississippi. Bugs changes that stereotype. He starts with half-chip, and soon wins all of Shuffle’s money. In the end he even wins the original half-chip back by beating the cheating Shuffle with 6 Aces in his hand. My favorite part of this card game is Bugs’ poker face. He’s got the best poker face. You can’t read it at all.

Well, that concludes our look at Bugs Bunny’s card playing days. As we’ve seen, he never loses. So, if by any chance you’ve got to play him in a card game, it’s best to just walk away.