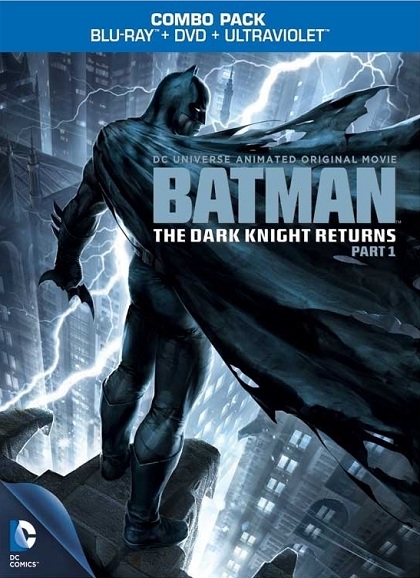 Released on Blu-Ray/DVD today is Batman: The Dark Knight Returns Part 1. Part 1 is released today, Part 2 will be released early next year. This is based of the Frank Miller comic series from the mid-80s of the same title. 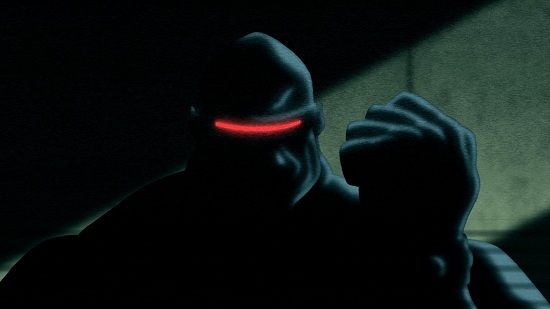 Batman has been retired for 10 years now. Gotham has turned to a dreadful place full of crime everywhere you turn. A gang that calls themselves the Mutants have basically taken over Gotham. They’ve made it their own. People are afraid to walk down the street at night for fear of getting mugged, robbed or killed.

Commissioner Gordon is about a month away from retirement. He meets with Bruce talking about how great it was when Batman was still around. He’ll be glad to retire and leave it behind just like Bruce has. This sparks something in Bruce. On the way home he walks down crime alley and flashes back to the pain he felt when his parents were gunned down. He tosses and turns at night thinking about his parents. This influences him to go back to the batcave. 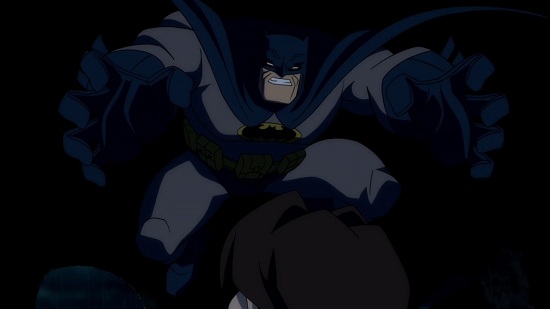 He’s a much older man. And finding young punks won’t be so easy. But, he has to go to the rooftops to see if he’s still got it. He fights off street thugs, pimps and bank robbers. Now with Harvey Dent supposedly rehabilitated and the Mutant Gang still running the city, he’s got his work cut out for him.

As you know, I’m a huge Batman fan. Warner Premiere has a great record of animated DC Comics movies. They’ve all been spectacular. This one doesn’t disappoint. The animation style is right on par with the original comic. This is a brilliant Batman story and the only disappointing thing is that I have to wait a few months for Part 2 to come out. I totally recommend this one.