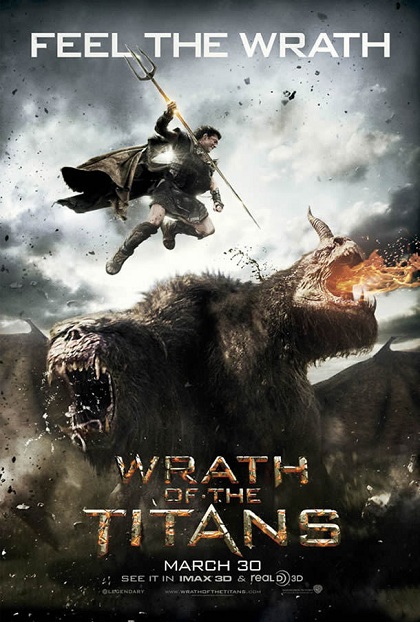 Two years ago Hollywood felt it was a good idea to re-make the 80s Greek Mythology movie, “Clash of the Titans”. Sure, the new movie had better special effects but the movie was pretty bad. Somehow, the thing made money. And you know what happens when a movie makes money, right? They make a sequel.

Wrath of the Titans continues the adventures of Perseus. He’s just a lowly fisherman. He now has a son and his wife has died. His father, Zeus comes to him to tell him that his power is getting weak because no one prays to the gods anymore. Therefore they are no longer immortal. 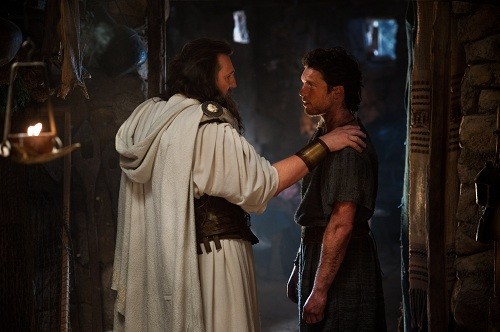 Hades, Zeus, Ares, & Poseidon get together in the underworld to discuss them losing all their powers. Hades & Ares double-cross Poseidon & Zeus. Their plan is to steal all of Zeus’ powers to and give them to Cronus. In exchange Cronus will give them immortality again.

Poseidon escapes only to tell Perseus what’s going on right before he dies. He tells Pereus to find his son Agenor. Agenor will know where to find the place where all the God’s weapons were forged. Along with Andromeda’s help to get a boat, they set off on a mission. If Zeus’s thunder bolt, Poseidon’s Trident, & Hade’s Pitchfork are combined they form a super weapon that could destroy Cronus once and for all. 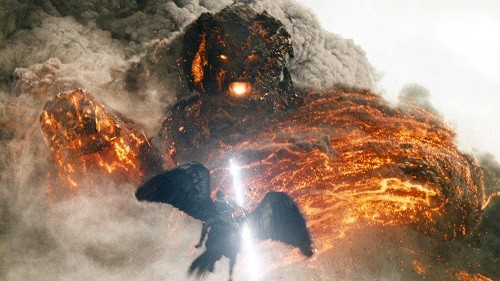 Okay, this movie is awful. I just didn’t like it. It’s a very slow movie and I find myself being annoyed with every one of these characters. If it wasn’t for Agenor (Toby Kebbell) putting in a little bit of comic relief this movie would be very stale. Sorry, but I can’t recommend this movie. It’s just as bad as it’s predecessor. 1.5 out of 5

0 thoughts on “Wrath of the Titans – Review”