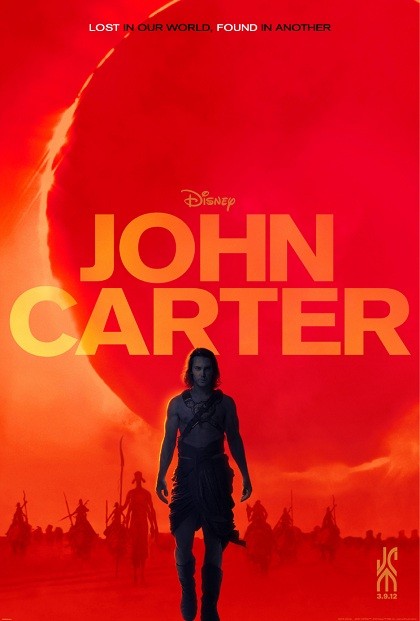 John Carter is based off the Edgar R Burroughs’ “Barsoom” series of books. For those that don’t know, Burroughs also created “Tarzan”.

The movie is about a prospector from the 1800s named (oddly enough) John Carter. He seems to be a loaner. But, he is held captive until he agrees to join the Calvary to protect Arizona from Cherokee. He ends up escaping and finds himself in a “golden cave” where he unintentionally ends up teleported to Mars.

He ends up running into some aliens called the Tharks. They’re impressed by his “jumping” abilities. It’s actually the lack of gravity compared to Earth.

At this same time, the Prince of Zodanga is destroying cities all over the planet. He decides to spare the city if Helium if the princess of Helium will marry him. The princess flees and ends up running into John Carter. 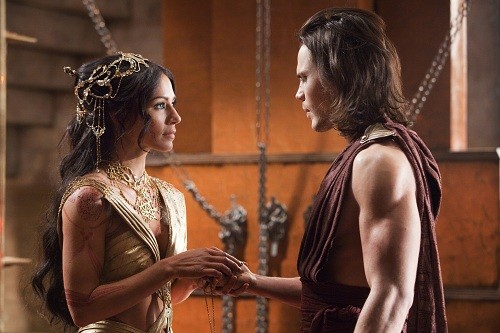 Will John Carter Help the Princess save her city & keep her from marrying the evil Prince of Zodanga? Will he find his way back to Earth? This is the big cliff-hanger in my review.

Going into this movie, I knew nothing about it. I hadn’t read the books or anything. All I saw was the trailer with some weird aliens fighting a human. I had no idea what to expect. Well, I was pleasantly surprised. I really enjoyed this movie. The story was confusing at first, but I caught on quick. It had lots of action, and in my opinion a great ending. Also, the score for this movie was brilliant. Although, I saw this in 3D, I don’t think it’s necessary. 4 out of 5.