It’s been a long time since I’ve posted something. Sorry about that. There’s a bunch of stuff going on in my personal life right now that have kept my mind in other directions. I’ll tell you about all that soon enough. Until then, lets pop the cap on some old looking soda. 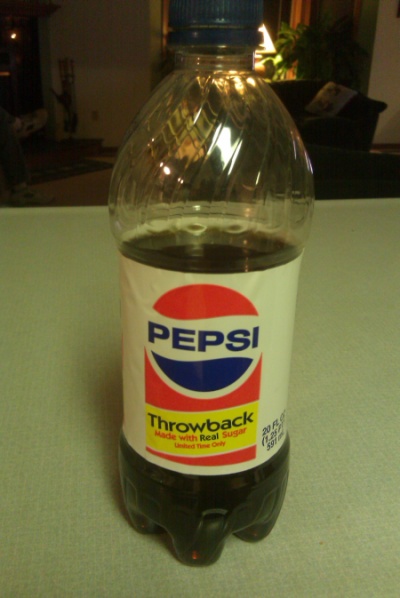 The Pepsi Throwback concept is actually nothing new. They use real sugar instead of high fructose corn syrup in the soda. Pepsi has done something similar in the UK and select US markets, called Pepsi Raw (or Pepsi Natural). Coke has also done this in their “Mexican” Coke or their “Kosher” Coke. Jones Soda actually switched all their sodas to pure cane sugar instead of corn syrup.

So, what about the taste? I would have to say it tastes much better. It’s a lot sweeter, but it’s a smoother drink. It’s more like Pepsi used to be. The only thing that is missing is the taste of tin. This isn’t a bad thing though. I do remember Pepsi was one of the last companies to switch their cans to aluminum. It wasn’t until about the early to mid-80s. The tinny taste was part of the Pepsi charm. Mmmm… Metal!

Like I said, this tastes great. Also look for Mountain Dew Throwback made with real heroin… errr sugar… 🙂

One thought on “Pepsi Throwback”