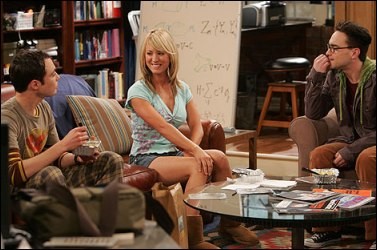 Apparently nerds are the cool thing now. I’ve always considered myself kind of a nerd. But, when a studio tries to make a self-produced nerd, they usually screw it up. This show is about 2 nerdy friends, in their mid twenties. They live in an apartment together. One day, while coming home to their apartment (from the sperm bank), they see that they have a new neighbor. They wouldn’t have known that, but she conveniently had her apartment door open. Anyway, she’s the hot chick, who just broke up with her boyfriend. She works as a hostess at the cheesecake factory, who’s trying to start her life over. The 2 nerds are infatuated with her. They invite her over, and become friends. This story is basically about 1 of the nerd guys, the guy who was Darlene’s boyfriend on Rosanne, who wants to ‘hook up’ with the neighbor chick. Throughout the show, they throw out every stereotypical nerd reference they can: myspace, star wars, blogs, physics, star trek, comic books, etc. Of course they have to put every typical thing in the apartment: a computer playing world of warcraft, a periodic table shower curtain, a Nintendo controller belt buckle.. To sum it up, this show is crap! I can see this show being canceled soon. But, it doesn’t matter, it’s not worth your time. It’s a very predictable scripted sitcom. Rating: D+ 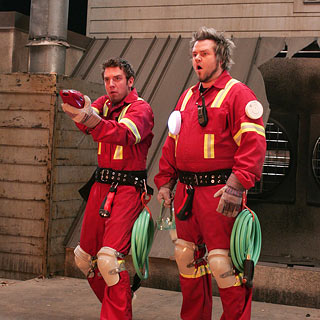 This show is about a guy named Sam, he wakes on his 21st birthday thinking he’s a total loser. He dropped out of college, he’s working at a dead end job at “The Work Bench”, and he has trouble talking to the girl he likes. He leaves work early on his birthday when the devil visits him. He gets so freaked out. His dad explains to him that before he was born, to cure a disease his dad had, they sold the soul of their first born to the devil when they turn 21. The devil tells Sam that since he owns his soul, he has to be a bounty hunter to collect escaped prisoners of hell. If Sam refuses, The devil will take his Mom. So, Sam, along with his friend, Sock, stop baddies on earth, and send them back to hell.

Kevin Smith is a producer of this show. You can tell this is his creation by the wit of the characters. Especially Sam’s friend, Sock. This is a fresh new show, and I absolutely loved the pilot episode! Although, I’ve never really watched a show on the CW, I can’t wait for this show to air. Rating: A 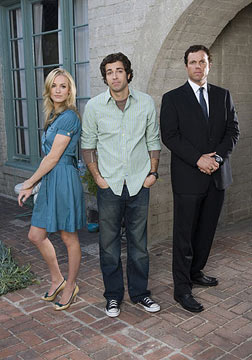 This show is about a guy named Chuck who works as a part of the Nerd Herd at Buy More. Of course, you can tell that they totally stole the idea from the Geek Squad at Best Buy. Anyway, Bryce, an old roommate of his hacks into a government computer and gets all the secrets. Before Bryce can get out he tries emailing all the info he stole to someone on his contact list. He gets shot and unknowingly sends it to Chuck. Chuck gets the email, and watches the ‘video email’. Now his head is filled with goverment secrets. He’s the only one with the secrets, since his computer was destroyed. So, a lovely CIA agent named Sarah meets up with him and tries to get the secrets out of Chucks head.

It’s a weird premise, but the pilot pretty much explains it all. Basically, a computer nerd named Chuck, is the CIA’s answer to stopping terrorists. They’re calling this show a comedy/drama. I’d say, there’s a couple funny spots but it’s not as witty as “Reaper”. Although, it’s actually a pretty good show. I heard some bad reviews for this show, but I actually dig it. Rating: A- 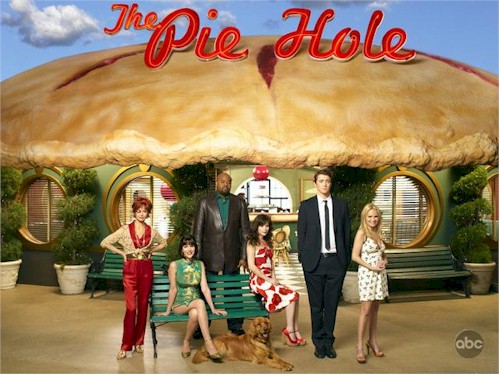 Okay, got the life / death rules? Anyway, fast forward to present day, he’s 30 years old running a pie stand. He turns moldy fruit to fresh, and bakes the best pies. Only one other person knows his secret, a private detective. Ned brings a person back to life, asks who killed them, then collects the reward. He splits it with the Detective. Until one day, when his first crush is one of the dead bodies. He brings her back to life, asks who killed her, but doesn’t touch her again to kill her.

So, yeah, this is a very strange show. Its very Dr. Seuss like if you ask me. Basically, the person he loves he can never touch. I found this first episode very interesting. I don’t know if it’s a show I’d stick with because its not my kind of show. But, I have to say its very original. Rating: C+ 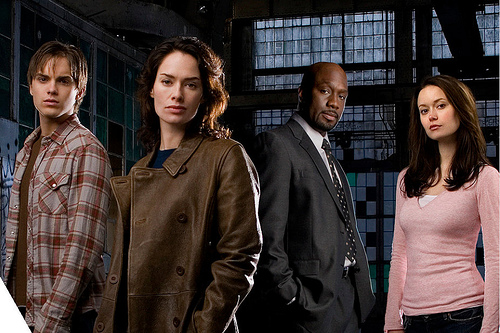 If you’re a fan of the Terminator movies, this next TV show is for you. The Sarah Connor Chronicles follows Sarah & John Connor on they’re struggle to hide from the cops & stop Judgment Day from happening. This show takes place after Terminator 2 happened. The year is 1999, John is in high school. John Connor is still being tracked by terminators to be killed. Also, Sarah is being tracked by the FBI because she escaped from the Insane Asylum. While a Terminator is coming after John, which isn’t Arnold Schwarzenegger, a protector comes to save John. The protector looks like a 18 year old girl.

This show actually started out kind of slow and it seemed like it would get repetitive after awhile. At the end of the pilot episode, I was looking forward to the 2nd episode though. Unfortunately, this was moved from a fall season premiere to Early 2008. It seemed kind of cool, but I don’t know how they can keep it fresh. Rating: B- 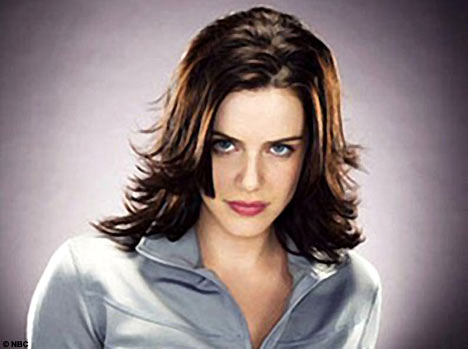 Meet Jamie Sommers, she’s an average woman. She works as a bartender and takes care of her 15 year old sister. She is dating a doctor named Will. Will is a biometrics surgeon working for the US Government. One Day when out on a date, Will & Jamie are driving along when a big rig smashes into their car. Will has a few scratches, but Jamie is in bad shape. He takes her to the secret operating room and gives her a bionic ear, eye, arm & legs. He did this to save her life, but now the government wants to train her to be a super fighter. We find out that she is the 2nd bionic woman, and she has to now stop the 1st bionic woman.

I’ll have to say, I was skeptical at first. But, I really liked this show. NBC has put a lot of money into this project, and it shows. The action is great, and the special effects are surprisingly good. This is a show that I’ll be adding to my DVR. Rating: A

So, there you have it. Six new shows, some good, some bad, and some in between. My favorite of this bunch is Reaper. I had a chance to watch the new show, Cavemen, also. But, I passed on that one. I really think they’re running out of ideas when they spin off their show from a Geico commercial. Anyway, are there any bets on what shows will be the first to be canceled?