Back in 1986 there were 2 “board” games that were on my Christmas list. One was “Fireball Island” and the other was “Torpedo Run”. Unfortunately, I didn’t get Fireball Island (still looking for this to this day). I ended up getting Torpedo Run, which was the biggest board game I’ve ever owned. 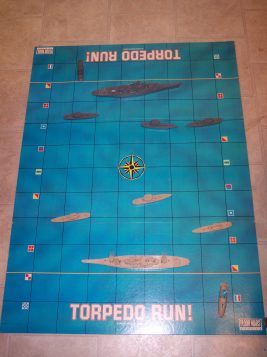 The board was approximated 4 ft by 3 ft. It was so big, it was supposed to be played on the floor. In fact on the box it said it was part of Milton Bradley’s “Floor Wars” series. However, I don’t think there’s another game in this series. It was obviously made to market this single game. 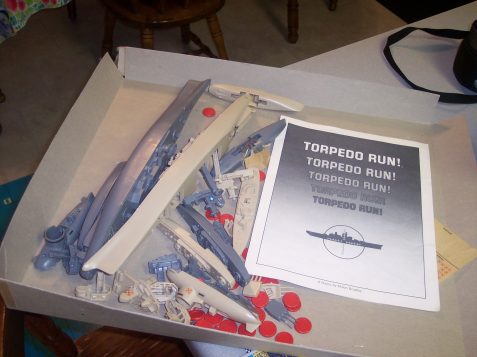 The game is simple enough. There’s 2 different colored ships, grey & beige. Each player had 1 battleship, 3 cruisers, and a submarine. The submarine your shooting mechanism which shoots red colored discs. The object is to shoot the targets of your opponents ships until they’re complete destroyed.

The problem was, you were supposed to stay on your own end of the playing field. However, trying to shoot the discs and hit your target were pretty impossible. Even up close it was hard to do.

Also, the submarine shooters were very cheap, and didn’t always fire correctly. The discs wouldn’t load correct. Both of my subs were broken only after short play time. These videos above were recorded long ago (2005) but still about 20 years after the game had been released. Rubberbands were dry rotted, and the subs needed to be superglued to fix broken plastic pieces. It was hard to find tiny replacement rubberbands for this thing as well. 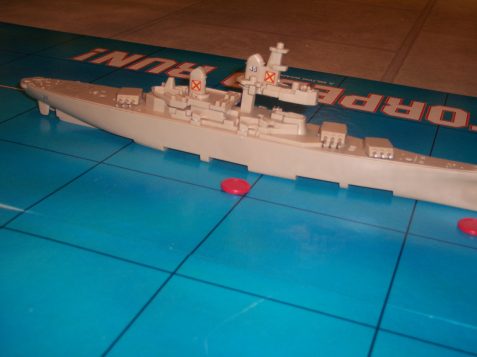 This thing was very tedious to put together and broke often. I remember playing with friends and my sub would stop shooting. You’d have to call time out. And try to fix it. No one wants to have to do this in the middle of “Floor Wars”

However, look at this advertising. This is why it was the must get toy of that season. On the commercial it shows guns flying off the ship when you hit them. When in reality, it barley bounced up a 1/4 inch. 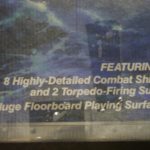 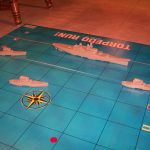 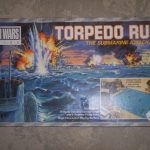 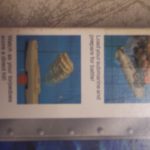 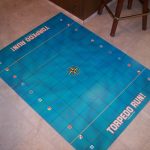 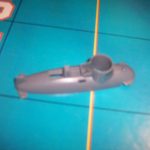 It’s funny, I found all these pictures recently in my Google Photos. I took all these pictures and videos back in 2005 (13 years ago from the time of this post). I remember trying to write something that would show how awesome this game is. But, I was never able to do it. So, I decided to just tell it how it is. This wasn’t a great game. In fact in total I probably played this about 5 times. Not to mention trying to store a 4 foot long box somewhere. However, I still have fond memories of 9 year old me on Christmas morning, opening that huge box and seeing that I got it. Milton Bradley gambled on this and failed. But, toy companies in the 80s liked to take a shot on products. (See: Pogo-Bal, Skateboard Smack-Ups and many more)

Well, I hope you enjoyed my look at a 32 year old board game. Would anyone like to trade this game for a copy of Fireball Island?