Back in 1986, a new game show came to Nickelodeon called “Double Dare” It was one of the first game shows that was geared towards kids, and kids would compete. It was normal enough asking trivia questions to win money. But, the big draw was the physical challenges and the Obstacle course. 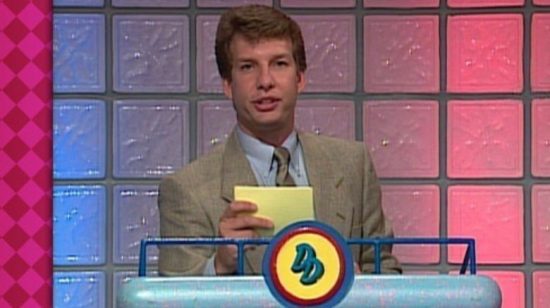 Marc Summers was the host. After looking up information on Double Dare, I found that Dana Carvey was picked to be the host of the show, but he got a shot to try out for SNL, and the rest is history. So, we got Marc Summers which worked out great. 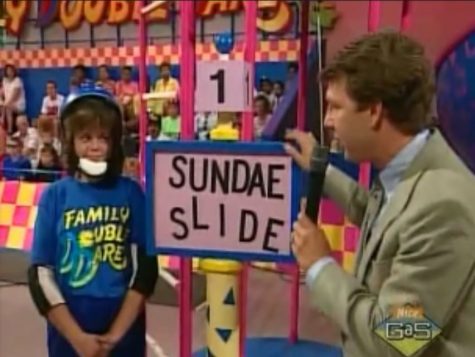 A physical challenge was stunt which usually got messy. For example, you were given some sort of pudding mixure, and you’d need to fling across the stage to your partner. You have to fill a cup that was attached to your head. And you had to fill it up within 30 seconds. If you were able to successfully complete the physical challenge, you would get points and control of the game. If not, the control goes to the other team.

They used so much food on this show. A lot of the slime, Gak, and goo was made from food products. To cut down on food waste, the use a lot of expired canned food products. Mmmmm!

So, this was the game, back and forth trivia questions and physical challenges. There were 2 rounds of this, with the second round having double points. The points were basically dollars that you would win. The team with the most points at the end of round 2 would get to go on to the Obstacle Course.

The obstacle course was best part of the show. You had to get through 8 obstacles, grab a flag from each within 60 seconds. Each obstacle was more ridiculous than the next.

Back in the day, I remember how great these prizes sounded. When I look at the prizes as an adult, I don’t know what was so appealing. However, it’s also looking at prizes from 25-30 years ago. Many things listed are obsolete. Here’s a list of prizes on an old show I watched:

I would still want the $150 at Kay-Bee and the Busch Gardens vacation. Binoculars? Those have got to be fun for all of 5 minutes before they’re put on the shelf and never used again. The Lifevest and kneeboard would be great, if you lived near a lake or some body of water. A Franklin Languagemaster? Since everyone has a computer, laptop, & smart phone, this thing is basically useless. A Telescope? Here’s another thing that would be used once and then it’d collect dust. An Electric Guitar would be cool, but this is a synthesizer. But, I guess you can still start that A-HA cover band you’ve been meaning to form. A Dual cassette/cd player? Well, back in the 80s a cd player would be awesome. But, another thing that has disappeared since digital music.

The show ended in 1993, then came back for one year in 2000. But, a big reason why I bring up Double Dare is because it’s coming back, again! June 25, 2018 (which happens to be my birthday by the way) will be the day of the first show. They have a new host, Liza Koshy, which is apparently a YouTube star. This will probably get more kids to watch this thing. The question is, do kids still watch Nickelodeon? I think this show will get more eyeballs if they put it on a streaming service.

I always thought this was a fun show. I hope the new show stays close to the original version and stays around awhile. Thanks for reading.