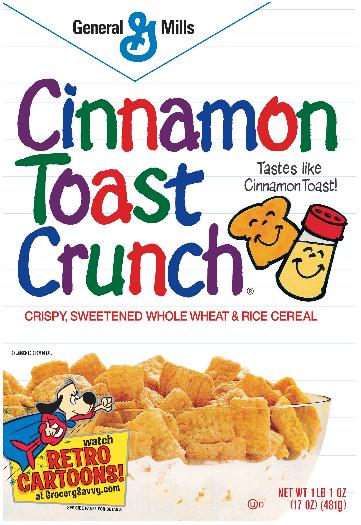 For those of you who have read this site for the last 9 years, you already know that I’m a fan of any kind of breakfast cereal. But, my favorite cereal of all time has to be Cinnamon Toast Crunch (CTC).

I remember the first time I tried it was actually at my grandma’s house. Grandma was good for having the sweets around the house. But, she was best known for having freshly popped popcorn every time you’d visit her. One time when I was at her house, she was eating something out of her popcorn bowl, however, it wasn’t popcorn. She was eating CTC! I tried it, and pretty much the rest is history. Grandma preferred her CTC dry, right out of the box, which is great. But, it’s also great as intended with milk. 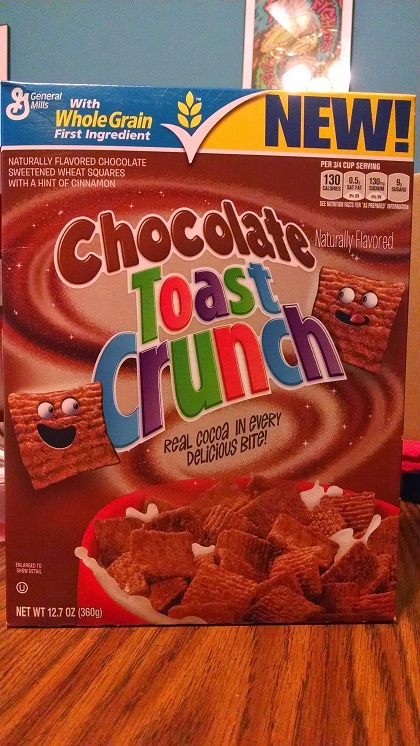 Recently, when I was at the store I found Chocolate Toast Crunch. Being the fan of Cinnamon Toast Crunch, I had to get some. 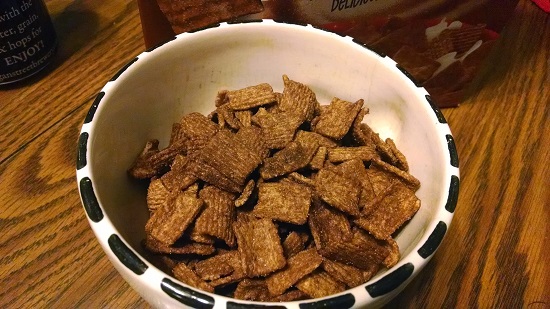 I think I’ve found what may possibly be the best cereal I’ve ever had. If Cocoa Krispies and Cinnamon Toast Crunch had a baby, this is what it would be. It tastes good dry & with milk. And the box in my house lasted about half a day. I definitely recommend this stuff.

I thought I would round up some of Cinnamon Toast Crunch ads from over the years..

As far as I can tell this is probably the first incarnation of the Cinnamon Toast Crunch brand. I would say this came out sometime in the 80s.

It wasn’t long before the 2 bakers were fired and Wendell became the main baker of Cinnamon Toast Crunch. He started experimenting with the recipe, making French Toast Crunch.

The latest incarnation of the Cinnamon Toast Crunch brand is the creepy faces on the cereal squares. And, well they eat each other. Wouldn’t it be weird if you opened up your box of CTC and there’s just one square left because he at the rest?

Well, there’s my mini tribute to CTC. Hope you enjoyed it as much as I enjoyed the new Chocolate Toast Crunch. Pick some up, you won’t be sorry!