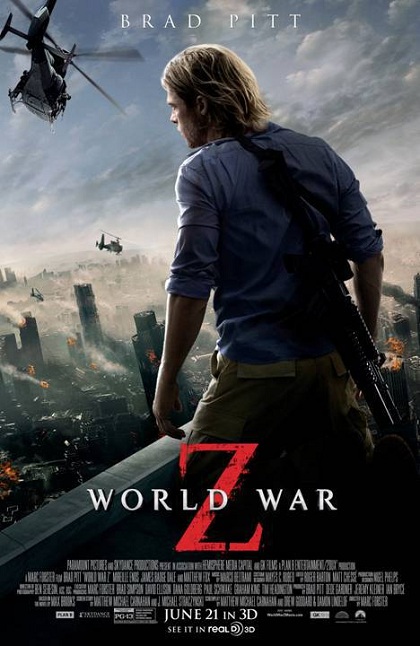 If you’ve seen the trailers for this movie, then you’ve seen about the first 5-10 minutes. Basically Gerry, his wife and kids are stuck in traffic on their way to work / school, when something strange happens. Cops on motorcycles start zooming by his car. Then a huge explosion happens about a half mile behind him. Suddenly, people start running like crazy behind them. Gerry and his family find a way out of that traffic. During their escape, Gerry sees a man get bitten by another person, and 12 seconds later that person becomes infected and becomes “undead”. 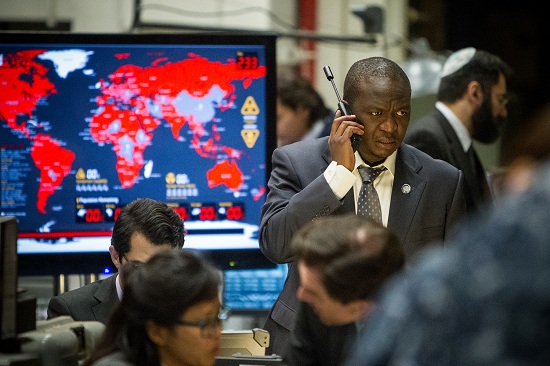 Gerry’s former boss calls him and tells him they need him, and they have a safe place for his family. You see, Gerry worked as a detective for the UN. After some close calls with some Zombies, him and his family are helicoptered out to an aircraft carrier our in the middle of the ocean. Unfortunately, the only way his family stays is if he helps them figure out a cure for the “zombie virus” 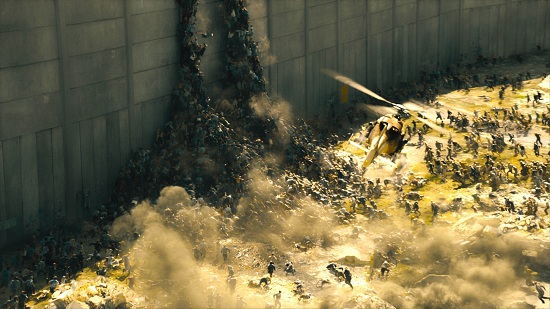 They fly out to Israel because, apparently, they have a cure. There’s no one infected there. But, He finds out, they’ve got walls up preventing anyone from entering. Unfortunately, as given away in the trailer, the zombies climb on top of one another to form a wall in order to get over the wall.

As much as the big scenes are spoiled in this movie from the trailers, I don’t really want to give away anything else. Basically Gerry, works on finding a cure to the Zombie virus. But, will he succeed?! 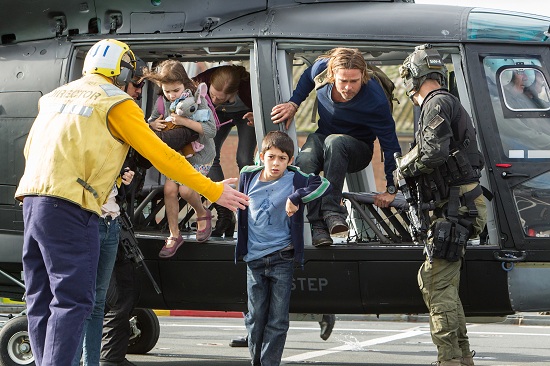 I found this movie, unsatisfying. It just didn’t scratch my Zombie Itch. There’s several far superior Zombie movies (28 Days Later, Dawn of the Dead, etc). I felt so underwhelmed with the end, it left me saying to my self, “What? That’s it?”. I’d say this is a G-Rated Zombie movie. I mean, how do you have a zombie movie without violence? Well, I guess this is how, with a sub-par zombie movie. You see more of the zombie slashing that I enjoy on an episode of walking dead. This movie is Okay, but is more like World War MEH. Perhaps the book is better. 2.5 out of 5. 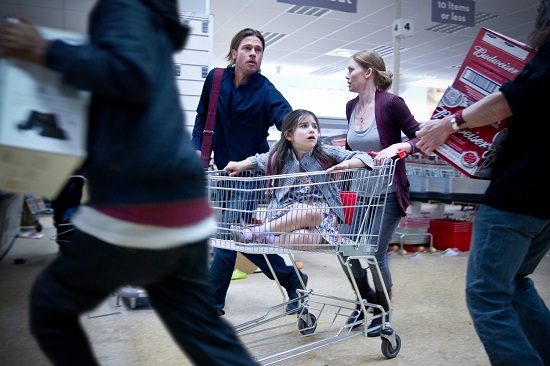 One other thing I wanted to point out was this picture above. Notice anything? We’re in the middle of a Zombie apocalypse and someone is taking a couple cases of beer. Hilarious! I guess I missed that scene in the movie. Sadly, I’d probably be that guy. haha.