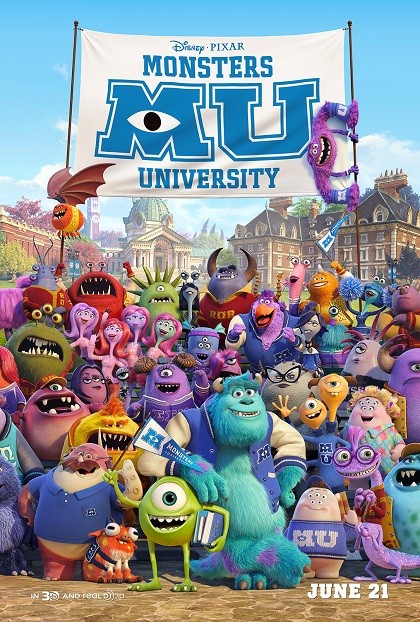 Mike & Sulley are back, well sort of. We’re going back to their past on how they met in Monsters University. A young Mike Wazowski visits the Monsters Inc Factory on a class field trip. If you don’t know, in Monstropolis, they generate power by collecting screams from children. The way they do that is enter children’s rooms through their closet door and scare them. Mike is so enthralled by the experience at Monsters Inc, that it becomes his lifelong goal to be a “scarer”. One of the scarers told Mike that in order to become a scarer, he had to go to Monsters University. 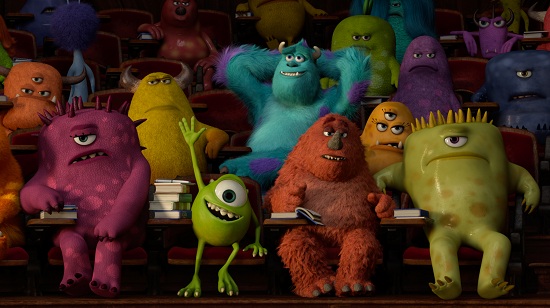 Fast-forward to a college aged Mike. He enrolls at MU. When get gets into his Scare Class, he’s the smallest, less intimidating of the Monsters. In fact many Monsters tend to make fun of him and say that he doesn’t have what it takes to be a scarer. About this time, another Scarer Major walks in the class, late of course. His name is James P. Sullivan or Sulley for short. Apparently, Sully’s father was kind of a big deal. Everyone, even the teacher, are excited to hear that a “Sullivan” is in their class. 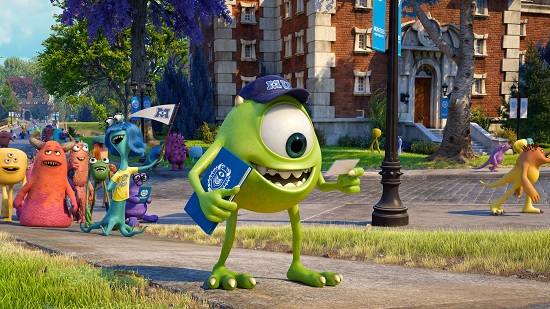 Sully and Mike are instantly enemies. Sully treats Mike like he’s worthless. And well Mike think’s he’s better than Sully. Mike has the book smarts, but he thinks that’s all it takes. When their first exam comes up, both of them end up being thrown out of the program by the Dean of MU. A kick in the teeth to both of them. 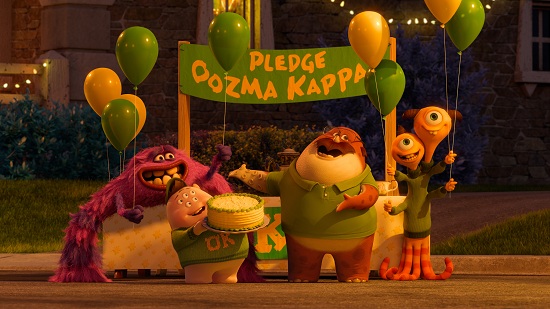 In order to get back into the Scarer Program, Mike makes a bet with the Dean. He bets her that if him and his team win the Scare games, he can go back into the Scarer program. So, he reluctantly joins a fraternity with Sulley and a bunch of “Nerds”. Can Mike & Sulley get along and bring their team to victory? Or will their egos get the best of them? 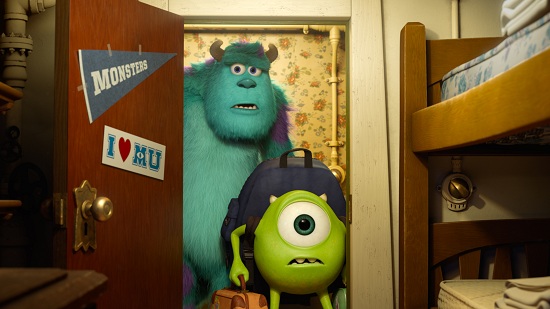 I loved the original movie, Monsters Inc. And this one is just as good. They were able to make this seem very fresh and new. I really enjoyed the college humor. It was a cross between Animal House and Revenge of the Nerds. Anyway, it’s from Pixar, so you know it’s good. 4 out of 5