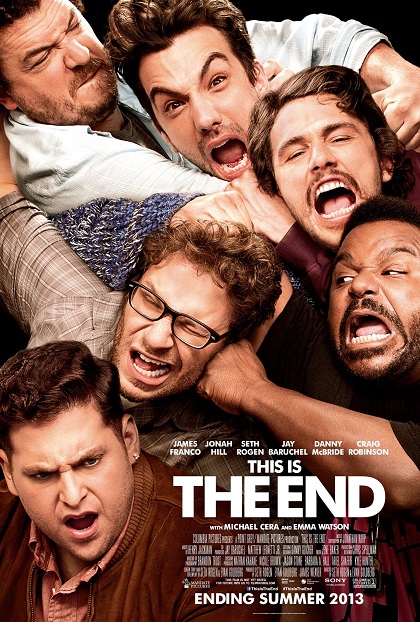 Jay comes out to LA to hang out with Seth. They have a great time eating junk food, watching, 3D tvs, and of course smoking weed. Seth tells Jay about a big party at James Franco’s house. Unfortunately, Jay hates all Seth’s other friends. Plus, he can’t stand Franco. Reluctantly, he goes with Seth to the party. 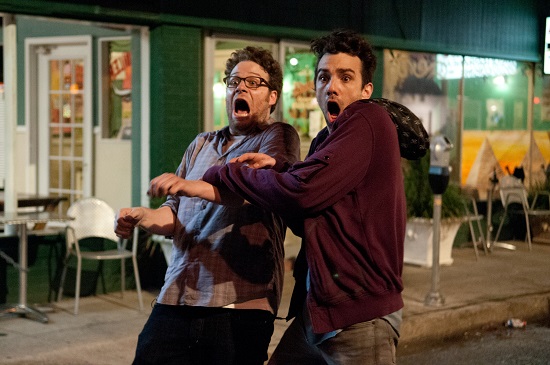 At the party, there’s tons of other Celebs there. We see Michael Cera snorting cocaine and treating women inappropriately. Craig Robinson starts playing the keyboard having a sing-a-long. Jay just doesn’t fit in. He feel uncomfortable, and thinks everyone is just a pretentious ass. So, he steps out to a convenient store with Seth to pick up some cigarettes. He tells Seth about how much he can’t stand the people at the party and he just wants to go home. Unfortunately, around that time, a huge explosion happens and several people start rising up to the sky through beams of light. 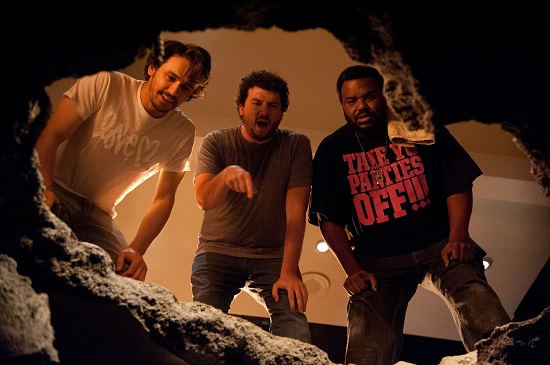 They head back to Franco’s house thinking it’s the closest and safest place. No one seems to be aware of what just happened outside. People head outside. About this time, the ground starts opening up, and people start heading inside. James Franco, Seth Rogen, Jonah Hill, Jay Baruchel, Craig Robinson, & unbeknownst to them; Danny McBride all make it inside the house. They debate on what’s really going on, but when the TV says massive earthquakes, fires, & sinkholes, they think only the worse: The Apocalypse.

The five realize they have to salvage what humanity they have left and survive. Unfortunately, they don’t have many supplies, and they’re stuck with Danny, who is very unpredictable. Being stuck together for a long period at a time can start to make everyone annoyed with each other. With fights over a Milky Way, water, & an argument with Emma Watson, will these guys survive the apocalypse? 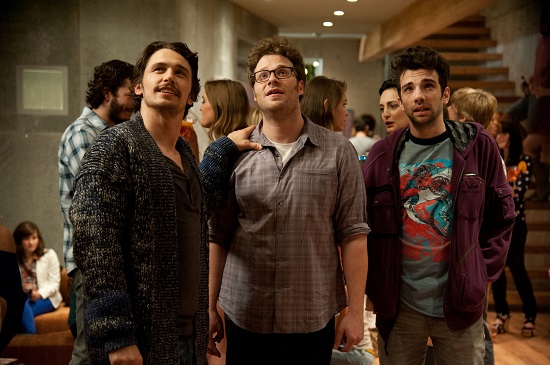 I’m a big fan of all these guys. I like the way they all play themselves in this movie. Well, over-exaggerated versions of themselves. It’s pretty funny how all of them mention other movies they were in and sometimes make fun of them. I definitely see this movie as one of those comedies I watch over and over again. It’s hilarious. 4.5 out of 5