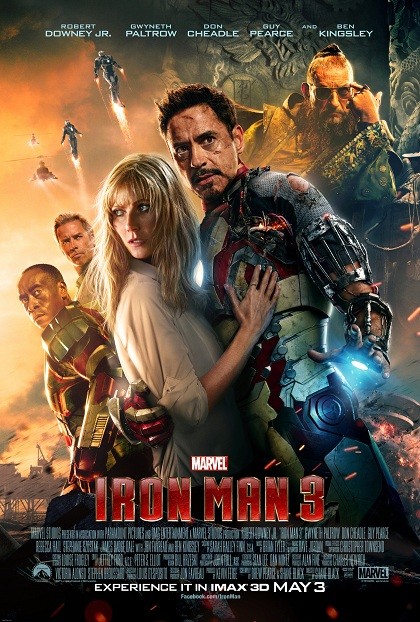 Summer Blockbuster season continues with Iron Man 3. Robert Downey Jr returns for the 4th time (that’s counting The Avengers) as Tony Stark / Iron Man. Tony is suffering from panic attacks. He can’t sleep, so he builds more and more Iron Man suits. He’s up to Mark 42. His obsession with his work is also playing a toll on his relationship with Pepper. He seems distant and not around for her. But, he can’t seem to forget all of what happened in New York. He learned aliens do exist, and he almost got sucked into a black hole. I guess that would make anyone a little uneasy. 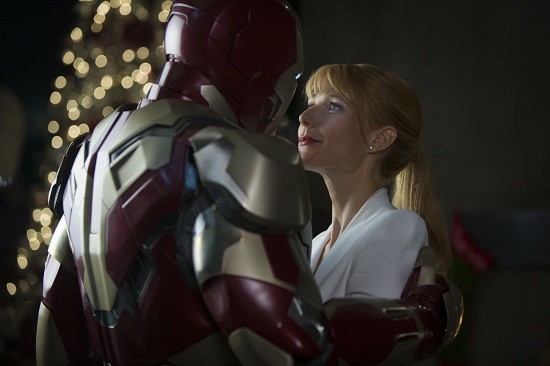 In the meantime, Stark Enterprises is functioning as usual. Pepper is at the helm. A man named, Aldrich Killian, approached Pepper about an opportunity. He developed the group, A.I.M. or Advanced Idea Mechanics. They have created an “organic virus” that will attach to a persons code in order to grow back missing limbs and such. Tony Stark never met with the guy years ago. Pepper also wants no part of it, since she said it could be somehow weaponized. People would be able to heal themselves with this virus. Stark Enterprises weren’t interested.

During this time, a terrorist, the Mandarin, keeps breaking into the airwaves. He randomly has been blowing up places around the world. When the bomb sites are checked, there’s no sign of casing or bomb parts. It’s very mysterious. Tony pays no mind to this until his top security guard, Happy Hogan, gets brutally injured in one of the bombings. He takes it personally and gives Mandarin an ultimatum to meet him face to face. He even goes so far as to give him his address. 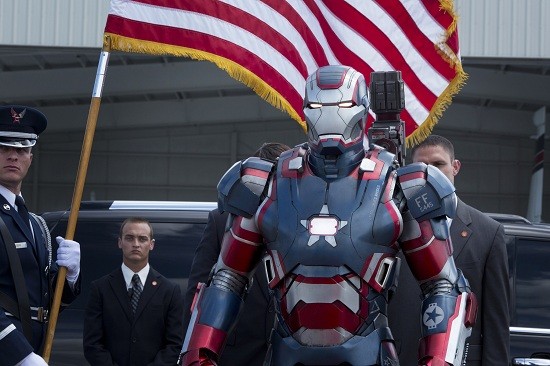 The next thing Tony knows is his mansion is being blown to the ground by helicopters. Someone wants him dead. Is it the Mandarin? And why is there no bomb casings or anything after all the bombings? Will Iron Man with the help of Iron Patriot (formerly War Machine) stop this Mandarin & his terrorist organization? 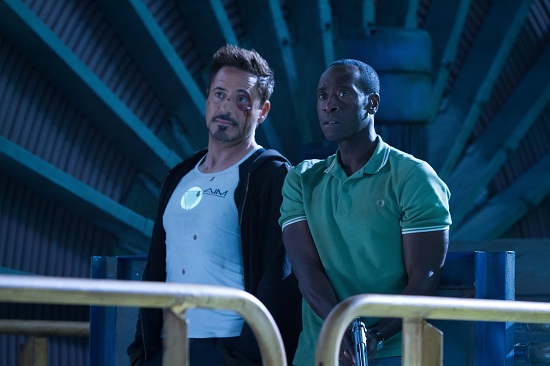 I was a big fan of Iron Man 1, and The Avengers was an excellent movie. Iron Man 2 was a little hokey, and wasn’t my favorite, but it was still a fun movie. Luckily, this new movie is closer to the love I had for the first Iron Man movie. I thought there was a lot of action, and seeing Tony Stark without his own shop, reminded me of when he was stuck in the cave in the first movie. He was able to take a bunch of common hardware items to make another “suit”. This is a great summer comic book movie. 4 / 5

Spoiler –
.
.
.
.
.
.
I loved that they brought the AIM organization into this one. I mean, that’s the terrorist organization that a lot of the villains are a part of. Maybe we’ll soon see MODOK, the square-bodied supervillain.