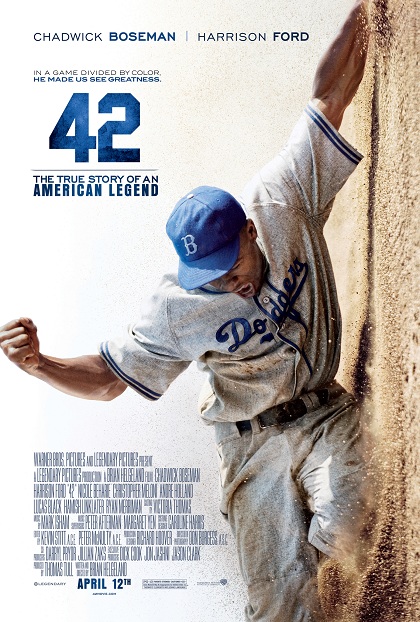 Well, Baseball season is finally here (Go Cardinals!). So, lets get this season in movies started out with a baseball movie. 42 is the story of Jackie Robinson. Harrison Ford plays Branch Rickey, General Manager of the Brooklyn Dodgers. He gets the idea that he wants to “break the color barrier” by signing the first black player to Major League Baseball. 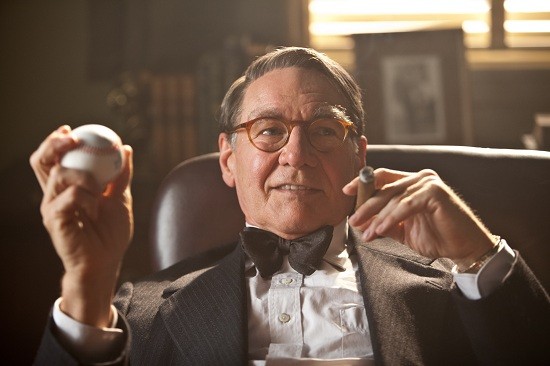 After searching through several prospects, he found Jackie Robinson (played by Chadwick Boseman). Not only was he a great player, but he was a tough guy. Rickey knew he’d couldn’t have a soft player take the field. As this was a different time. He knew Jackie would be ridiculed and yelled at. He would have to be strong not to yell back and not to fight. It would be tough to do, but if he were to blow up and fight some close minded person, he’d end up taking the blame. 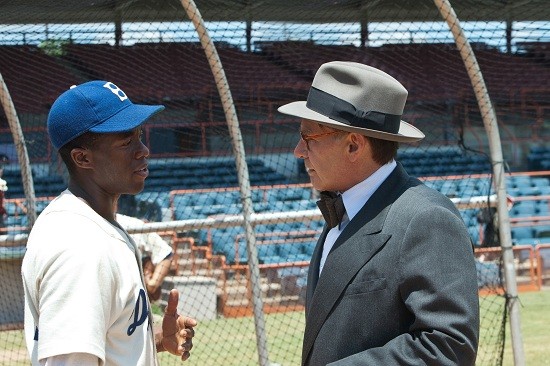 Jackie started with The Dodger’s farm team; the Montreal Royals. He had to prove that he was worthy to play. If that was the case, he’d be moved up to the Brooklyn Dodgers. Unfortunately, he was a big struggle being the first black man in baseball. He had to deal with tons of adversity & racism, not only from the crowds, but also his teammates. Luckily, there were enough people that saw him for his talent instead of the color of his skin. He was a great ball player, and his number “42” is retired in every Major League Baseball team.

This is a true story. Being a fan of baseball, I’m very familiar with this story. And this was done very well. I think every fan of baseball or anyone loves a good underdog story will love this one. It’s worth a viewing. 4 / 5