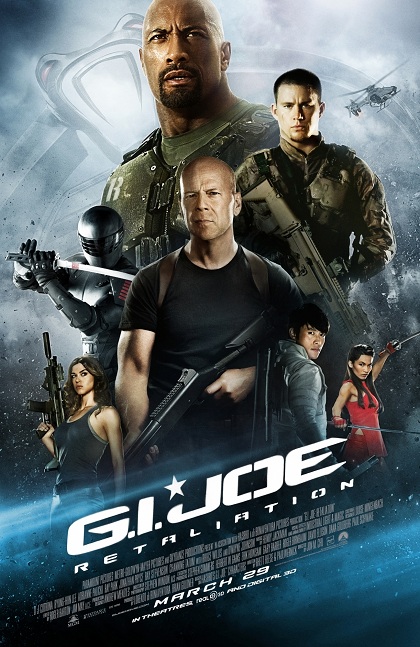 So, Hasbro is back with another G.I. Joe movie. Was the first one successful? I’m not sure, but I know Hasbro has done really well with the Transformers franchise. Anyway, I’ve never seen the first G.I. Joe movie. I heard just horrible reviews for it, so I kind of avoided it, hoping to keep from tainting my childhood memories of the cartoon. Luckily, I didn’t seem to be lost in any way in skipping the first movie. 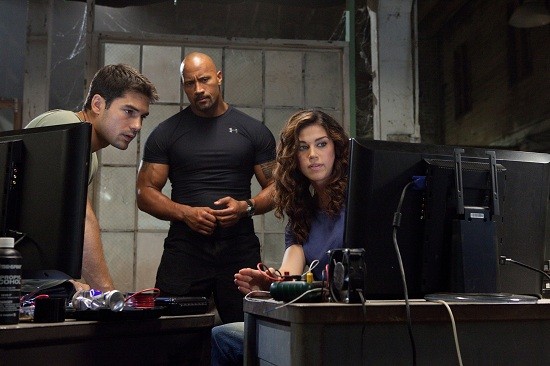 This movie starts out with the “Joes” being called in to stop a terrorist organization from stealing a nuclear warhead. They easily stop the threat, but unfortunately, it was a trap. The Joes’ base was right in the middle of the desert. When they got back from “saving the world”, practically the whole team was blown to bits. 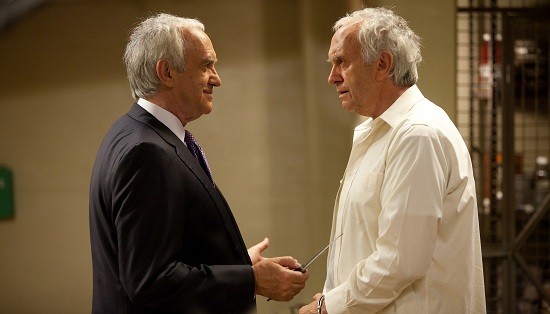 We find that someone has been impersonating the president of the United States. They have the real president locked up, and they’re giving phony orders and eliminating the Joes. It’s all a ploy to find out where Cobra Commander is being held captive. Once they find out, the Cobra “Ninja”, Storm Shadow busts Cobra Commander out of there.

So, now Cobra is back in full power, they’ve got a president and are threatening a fate worse than Nuclear Warfare. Can Roadblock, Snake Eyes, and the rest of the Joes stop Cobra before it’s too late? 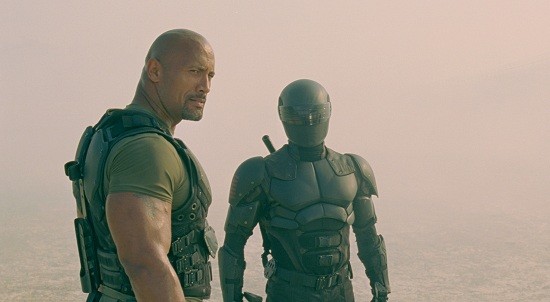 So, this movie is based of a toy line / cartoon franchise. So, I guess I can’t be too critical of it, can I? One of the things in the 80s cartoon, that was pointed out in a Family Guy episode, Cobra puts they’re branding on EVERYTHING. They’ve totally got Brand Recognition. I mean, the Cobra guy impersonating a Secret Service guy ditched his American Flag pin on his lapel for a Cobra pin. It kind of drove me nuts how they Joes couldn’t figure out that Cobra was behind it after seeing the hints of Cobra Logos everywhere. Anyway, I can say, this in no way is the best movie out there. But, it’s definitely not the worst (have you seen Die Hard 5?). So, I’ll give this a rating of decent. (2.5 out of 5). 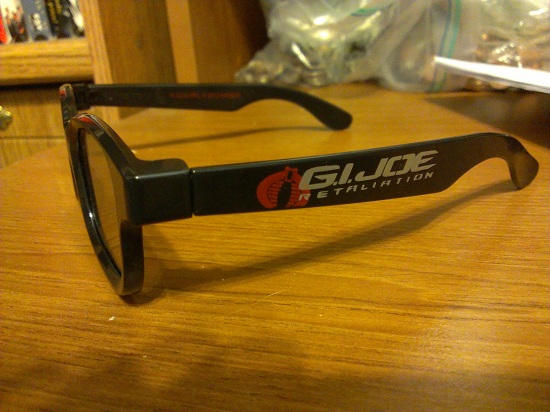 Oh, and the 3D definitely isn’t necessary for this movie, it’s pretty bad, but you do get some Cobra Branded Glasses.