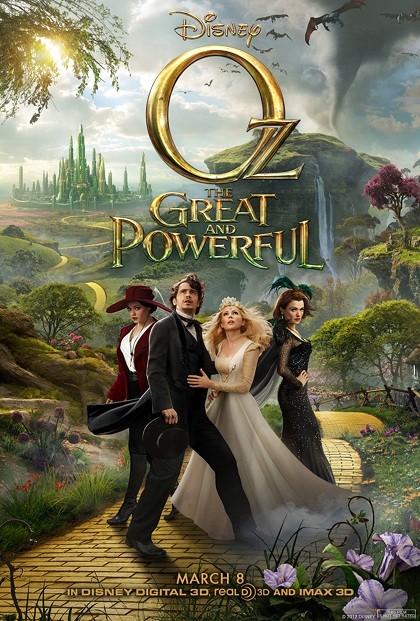 Oscar Diggs is a traveling carnival magician going under the stage name of Oz. He’s been scamming people for years with his tricks and his illusions until one day, he has to flee from the circus to prevent from being beat up. He ends in a hot air balloon where he gets sucked into a tornado and ends up in the magical land of Oz. 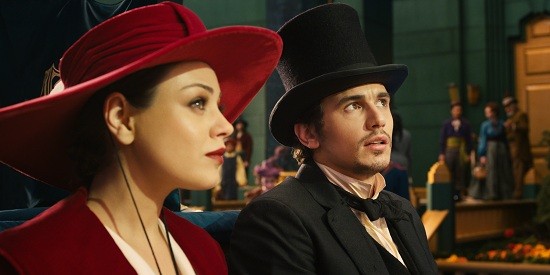 The first person he meets in this strange land is, Theodora. She happens to be a witch, but not the same kind of witch that he is familiar with. She’s very beautiful, and is quickly smitten by him. She tells him of the prophecy that some day a great wizard bear the name of Oz will come to their land and bring peace. He goes with it, when he finds out that he’ll have his own kingdom and mounds of gold to claim as his own. 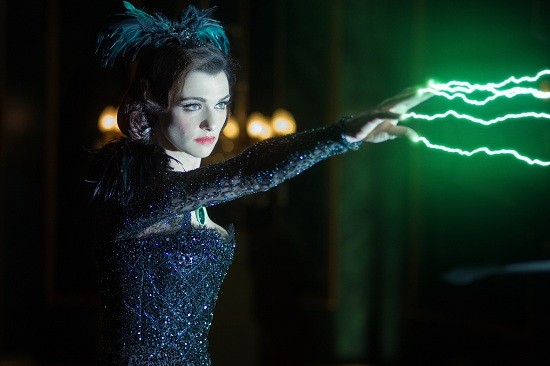 When he gets to the kingdom, he’s greeted by Theodora’s sister, Evanora. She informs him that the gold is all his. The only catch is, he has to stop the Wicked Witch. Along the way, he saves the life of a little flying monkey, named Finley. Finley swears that he will always be his loyal servant, he owes him that for saving his life. Also, on the way through the dark woods, they meet a spunky little girl made out of porcelain. 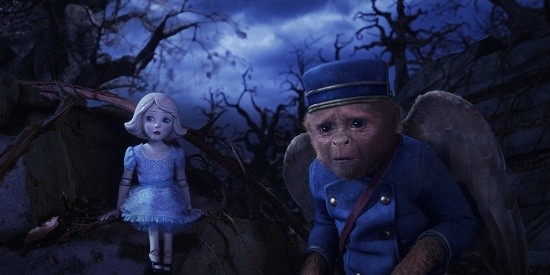 The three journey through the woods and eventually run into Glenda, the good witch. Oz knows he’s not the great wizard that everyone is looking for. Glenda is aware of this, but she needs him to help save her people from the wicked witch. Can Oz scam his way through this one? Or will the wicked witch take over the land of Oz? If you’ve seen “The Wizard of Oz”, I’m sure you know the answer, but I figured I put that in for suspense. ha! 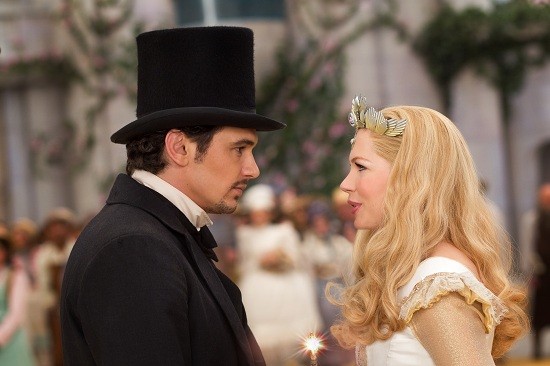 So, this is Sam Raimi’s first big budget picture since Spiderman 3. And he does well with it. I really think this is a great movie. The effects (especially the 3D) are some of the best I’ve seen in a non-animated movie. The story is pretty epic, and you fall for the 2 new characters (Finley & China Girl). Since there’s about 20 or so books about the land of Oz. I’m sure this won’t be the last time we’ll go back there. And, I actually hope Sam Raimi is back at the helm for the next. 4 out of 5.

0 thoughts on “Oz: The Great And Powerful – Review”