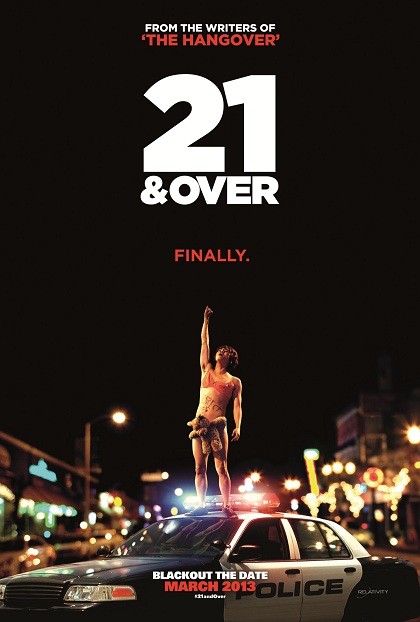 21 and Over is about a couple high school friends (Miller & Casey) who get together with their other friend, Jeff Chang, to celebrate his 21st birthday. They show up at his house on the college campus to surprise him. Unfortunately, he’s got a big medical exam tomorrow at 7AM. Miller tries to convince him that he’s got to go out, he only turns 21 once. Jeff Chang is very reluctant to join his friends for a night out, until Miller threatens to annoy the piss out of him all night. 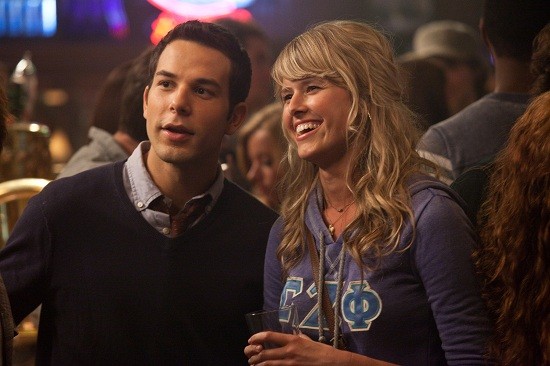 The first bar they go to, Jeff Chang starts getting his drink on. Casey starts hitting it off with a sonority girl, Nicole. Miller and Casey start playing darts when they accidentally have a incident with a dart piercing a tough dude in the face. This starts a big fight and they have to run out of the place before they get beat up. The three sit outside the place thinking, they’ve had enough for the night, until Jeff Chang decides he’s going to start bar hopping. He shoves his ID in the face of all the bouncers that he’s now 21 and they can’t deny him from entering. 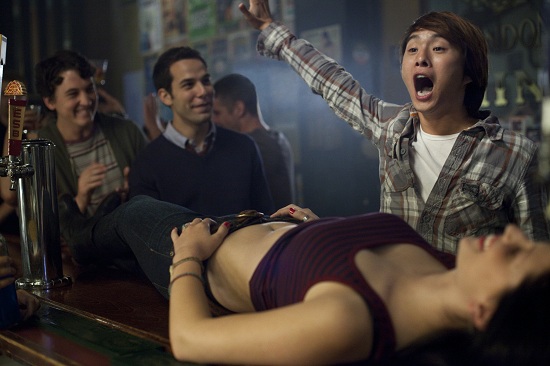 Unfortunately, Jeff Chang drinks way too much. So, Miller & Casey are stuck with a passed out friend. But, they can’t remember where Jeff Chang lives. So, the adventure begins. Miller & Casey have to get Jeff Chang back to he house in time for his medical exam. While carrying him around, they find that Jeff Chang is carrying a gun. They also find that he has a dark side. Could there be a lot more to their friend that they don’t know? 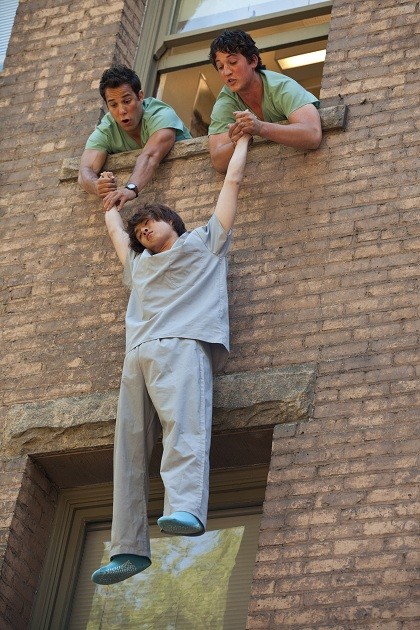 This is another one of those 20 something drinking movies reminiscent of recent movies like “Project X”. But, I actually quite enjoyed this one. I thought that even though we’ve seen many drinking movies in the past, this one had kind of a twist. It shows that high school friends can start to drift apart when they go off to college. But, real friends will stick together. I thought this was funny and I recommend it. 3.5 / 5