We’re nearing the end of 2012. It’s been a great year for movies. Well, definitely a great year for nerds like me. I mean, there was tons of comics (Batman, Avengers, Spiderman), book adaptations (Hunger Games, Abraham Lincoln: Vampire Hunter), Disney acquiring Star Wars & promising 3 new movies. Yeah, nerds really do rule. So, I’ll give you my top 5 movies of this year. Let me know in the comments your favorites of 2012. 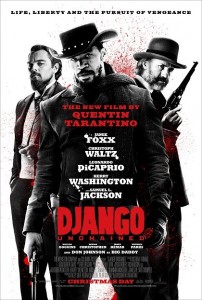 Quentin Tarantino comes back with a new western movie. Of course, this is a Western, Tarantino Style. In one of the bloodest movies you’ll see this year, Christoph Waltz plays Dr. Shultz. Dr. Shultz is a dentist / bounty hunter. He gets finds a wanted criminal and collects the reward. But, he’s in need of a partner to help him find his latest hunt. So, he “buys” Django’s (Jamie Foxx) freedom from slavery. He promises to give Django his freedom if he helps him find these wanted men. After that, Shultz agrees to help Django free he wife from the evil plantation owner, Calvin Candie (Leonardo DiCaprio).

This is another classic Tarantino movie. Here we have one of the bloodiest movies he has made. In some parts it’ll make you cringe. In the same movie, you have a 10 minute scene that has you in tears laughing so hard. The only thing missing from this is the pop-culture references. But, can you really do that in a movie from the mid-1800s? 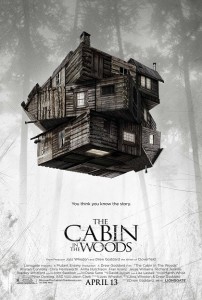 Cabin in the Woods

Some people may disagree with me, but I really think this is the most brilliant horror movie ever made. It takes it’s cue from every horror movie, but able to make it fresh.
Spoilers start..
If you haven’t seen this movie yet, please don’t read this. I just love Richard Jenkins and Bradley Whitford as the control room operators. I’ve watched the movie several times since it’s come out on dvd, and paused it on the frame where they’re placing bets on which monster they’ll pick. It’s hilarious. I still want to know what “Kevin” is. We end up seeing most the monsters at the end of the movie and some that aren’t being bet on. The climax of this movie is so wonderful. It’s a horror movie buff’s dream to see all those monsters in one place. Thank you Joss Whedon.
Spoilers end.. 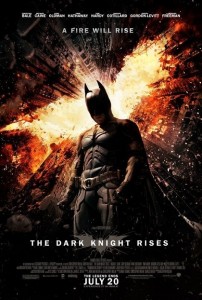 Christopher Nolan brings his Batman trilogy to an end in this very dark movie. I have heard a lot of people being disappointed with this movie. To me, this movie is wonderful. It takes our hero down to the very lowest point. He loses his money, his girl, & he’s taken out of commission when Bane breaks his back. The whole Bane back-breaking scene made the young comic nerd in me cheer with joy. Joseph Gordon-Levitt was amazing in this movie, and really added so much to this movie. I know this iteration of Batman is over, but can we please have JGL come back as Batman in Justice League?! Please! 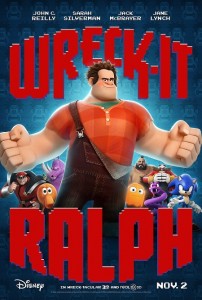 So, normally an animated film wouldn’t be this high on my top 5 list, but this movie is awesome. This movie was made for me. Pretty much every video game character from every game is in this movie. The inside jokes are all there for the gamers. Disney’s Donkey Kong clone is awesome. Wreck it Ralph not only has a great story, but probably the best setting for a movie ever. I would play the game, Sugar Rush, if it was available. I know it’s a rip-off Mario-Kart, but the world is so perfect. I guess they would need all the junk food companies permission to make their own video game. Anyway, this is a very heart-felt story as only Disney can tell, and it looks and feels as good as a Pixar movie. 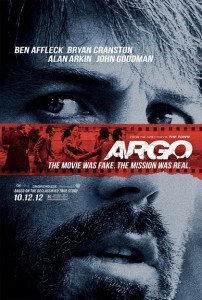 This is a no brainer. Since I’ve been writing movie reviews this is the first movie that I’ve given a perfect score to. I just couldn’t find anything at all wrong with this movie. Yeah, it’s based on a true story, so it follows the book. But, it’s a story that needs to be told. It takes place during the late 70s, when the US embassy in Iran is taken hostage. All the while 6 Americans made their way out and took refuge at the Canadian Embassy. The plot of the movie is to get these 6 Americans out of Iran. They do this by coming up with a fake movie and give each of the 6 a “job” in it. It’s their plan to be scouting for the film, and they’ll fly back on a plane back to the US, undetected. This movie has comedy, drama, & suspense. Everything a movie needs to be #1 on my list.