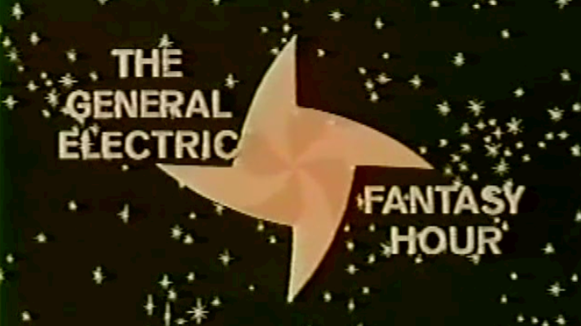 Back on December 6th, 1964 as a part of the General Electric Fantasy Hour, the Rankin Bass version of Rudolph the Red-Nosed Reindeer premiered. When we see the version now, it’s edited with scenes cut to make room for more commercials. But, at the time, there was one sponsor, GE. All the “commercials” played between the show were in black & white, but they featured the elves from Rudolph. I know this has been floating around for awhile online, but I ran across this the other day on youtube. Here’s the GE commercials.

To me, these are pretty neat. I guess I’ve never used most of these items. Do people still use electric blankets? I remember my parents having one back when I was younger, sometime in the early 80s. But, I can’t recall me ever having a need for one. Also, look at that hair dryer. I’m sure it works like one of those things at a salon. But, it looks like a vacuum tube hooked to a shower cap. 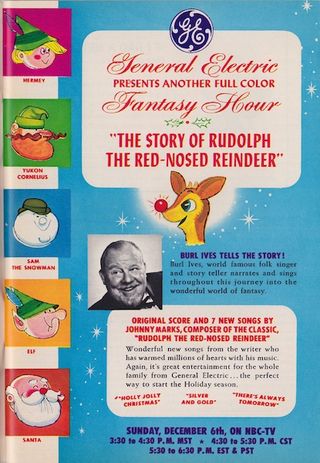 and Here’s “We’re a couple of Misfits”

It’s the same scene, and I don’t think their mouths sync up using either song. Very Strange. 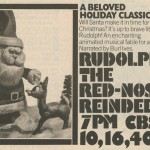 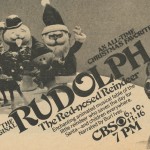 Okay, I’m getting off topic. Anyway, GE sold all their products using the Rudolph characters from Vacuum Cleaners to Waffle Irons. Here’s a few of the magazine ads from back in the 60s..