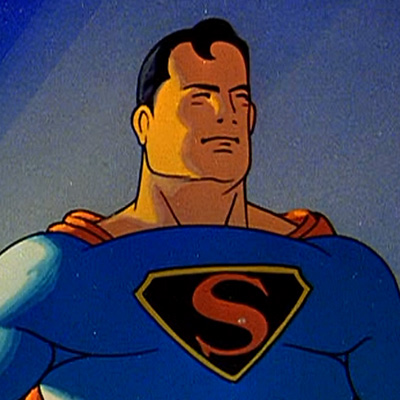 With the popularity of Superman in the 1940s, Paramount decided it was time for them to cash in. They hired Fleischer Studios to produce some Superman shorts. Fleischer were famous for doing 6 minute Popeye shorts are the time. Fleischer told Paramount it would cost them $100,000 a short to make them. In fact, they were able to make a Popeye cartoon for $25,000. They were hoping to price themselves out of making them, since they had so many projects going on at the time. But, Paramount came back with a counter offer of $50,000, which was twice as much as they made on a Popeye cartoon. So, they took the job.

When making the cartoons Superman’s powers only consisted of him being able to run fast, super strength, and the ability to leap 1/8th of a mile. This all looked fine in a comic book. But, when animated, it really looked silly. So, Fleischer asked permission from Detective comics for him to have the ability to fly. They agreed and the rest is history. Amazingly, he didn’t have the ability to fly until this cartoon series. That is why the intro only says “Able to leap a building in a single bound”

Recently, the Fleischer era Superman shorts have been put up on Warner Brothers youtube page. Here’s a few of them. I really think these are a lot better than similar shorts are the time. Above is the first one simply titled “Superman”.

In this short we learn that Lois Lane is a real “go-getter” as far as getting leads to her articles. They get a letter from a “Mad Scientist” who plans to use his “Electrothanasia Ray” to bring total destruction. He doesn’t say what he wants, usually bad guys want some money or something or they’ll strike. But, all his letter says is that he’ll strike at midnight. I guess he really is “Mad”. So, Lois heads off to get a story for the paper.

Lois works for the Daily Planet, but apparently has access to a plane. Not only does she have access to a plane, but she knows how to fly. Okay, I don’t remember this ever happening? When did Lois learn to fly? And actually, it could be her personal plane, they never specify. Anyway, she flys to the mad scientist’s island and knocks on his door. That was her plan? Go there and knock on the door? Was she wanting an exclusive interview or something? Was she just going to tell him to “not shoot his Electrothanasia Ray”? Apparently she didn’t plan this well.

So, she knocks on the door, the scientist immediately grabs her, ties her up and shoots his Ray gun at a bridge and destroys it. Maniacal Laugh! Maniacal Laugh! At this point, Clark Kent changes his clothes into his Superman attire. He jumps out the window just in time to see the scientist shooting the ray at a skyscraper. Superman re positions the building so it won’t collapse, then he punches the ray beam back to the gun it’s shooting out of. He captures the scientist throws him in jail. At the same time he unties Lois to save her. So, Lois gets her article, but it’s about Superman saving the day. Hooray!

I really think these shorts hold up pretty well today. And here’s a few of the other Superman shorts to check out…

Terror on the Midway