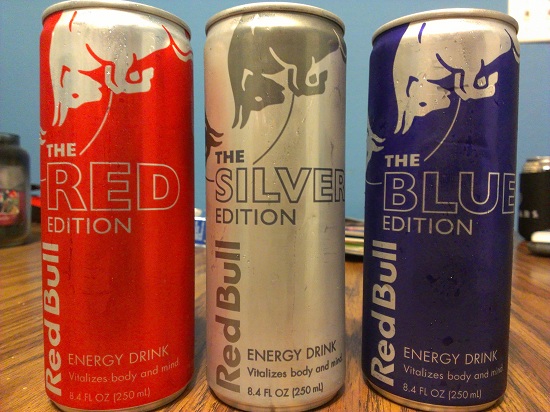 It’s Black Friday today, so many people have stayed up all night at the sales and perhaps haven’t even been to sleep yet. Well, what better way to stay awake than with some Red Bull. To make things even better, 7-Eleven has exclusive Holiday Red Bull flavors. Well, at least that’s what the banner outside says.

The 3 “Holiday” or limited edition Red Bulls are The Red Edition, The Silver Edition, and The Blue Edition. I think 7-Eleven is marketing them as Holiday editions, but should it be like red, green, & white? Who knows? Anyway, lets get started. 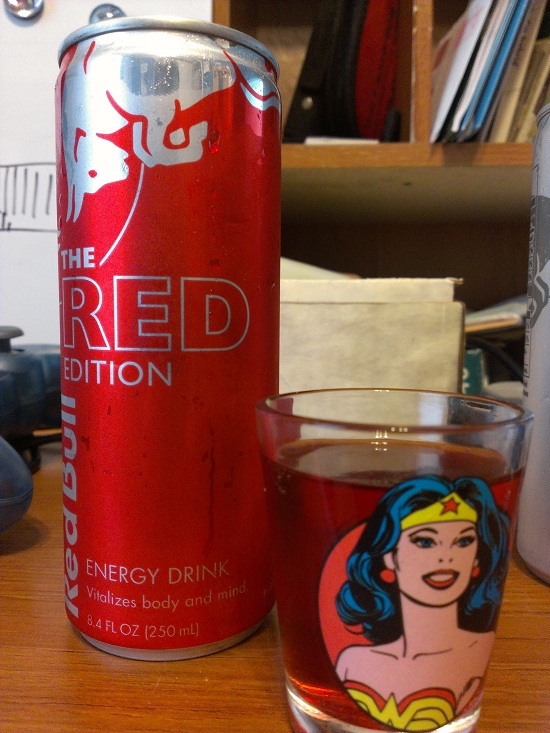 The first one I’m trying is The Red Edition. This drink is the most “Holiday” worthy. It’s got a festive color, and it’s supposed to be cranberry flavored.

Smell: This has a wonderful smell. It smells identical to some cranberry sauce from Thanksgiving last night.
Taste: Wow, This tastes really good. I’m not a big fan of the original flavor of Red Bull. This tastes nothing like it. This tastes just like Cranberries. The flavor is spot on. 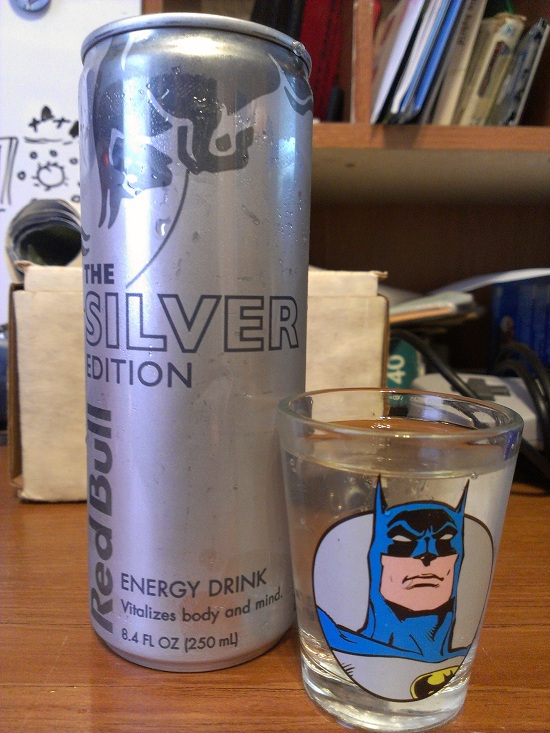 Next, I’ll be trying the Silver Edition. It looks like the same color as Sprite or 7up. This one is supposed to taste like lime. There’s nothing festive about that. Although, who wants a drink flavored like pine trees.

Smell: Smells like 7up with a stronger hint of lime.
Taste: This doesn’t taste like 7up. Unfortunately, it tastes like lime juice. I can’t say they lied about the flavor, though. I don’t see this mixing well with drinks. It’s waaaay too tart. A thumbs down on this one.. 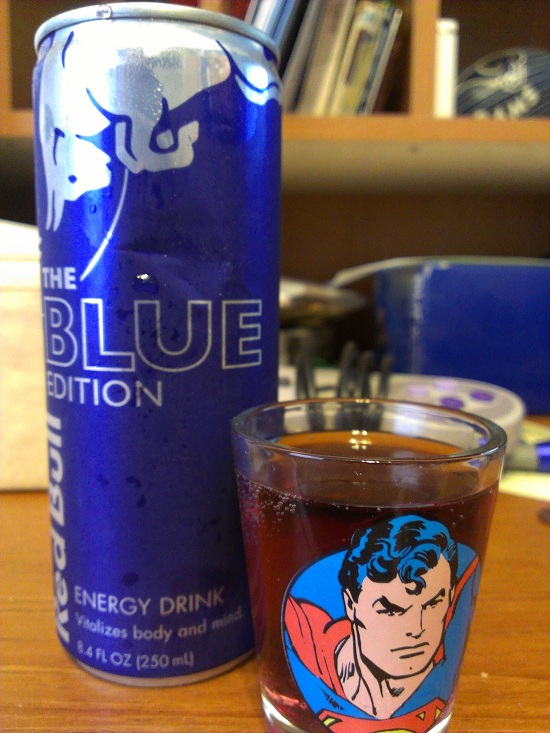 Finally, I’ll be trying the Blue Edition. It’s a blue can, and supposed to taste like blueberry. Again, what is festive about blueberries? No sugarplum or spiced apple?

Smell: Well, they got the smell right. It smells like blueberry waffles or Blueberry Syrup.
Taste: Unfortunately, it doesn’t taste like blueberry waffles. It’s a very harsh flavor. If you took grape liquid Dymetapp and grinded up something bitter like aspirin in it, you’d have this flavor. This is definitely the worst flavor of the three. 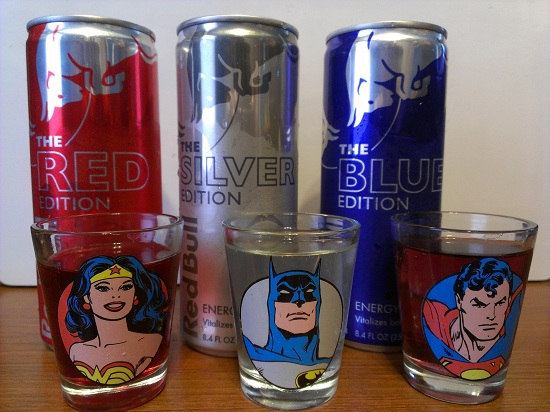 In conclusion. I don’t really know how these represent Christmas or the “Holiday” season at all. But, I would definitely try another Red edition if it’s available. Mix it with some rum, and you’d have a great high energy cocktail. So, slam one of these to stay awake on your long car rides to Grandma’s house or for the late hours doing some Christmas shopping.

** UPDATE: I checked out the banner in front of 7-Eleven again. It actually is says “Holiday Energy”. Basically saying that these will give you energy for the Holidays. But, these drinks themselves have no holiday significance.