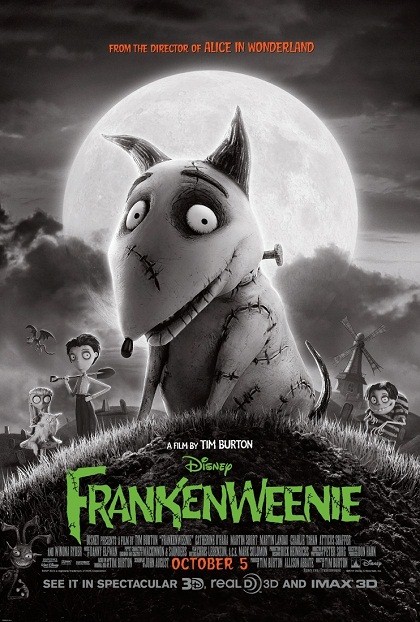 Victor Frankenstein is a young boy who doesn’t have many friends of his own, except for his loyal dog, Sparky. He loves his dog and does everything with him. He even includes him in his stop-animation movies that he creates. He’s a very smart kid, but his parents really think he needs more friends than just his dog. 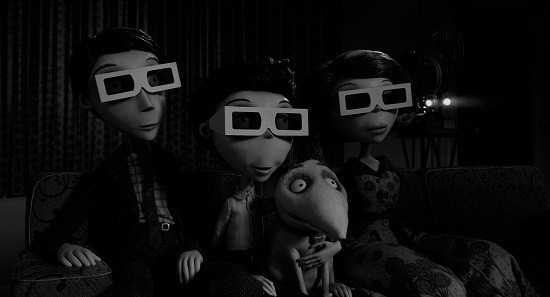 A new science teacher at school, Mr. Rzykruski really gets Victor excited about science. He is very inspiring to all the kids. So, Victor sets out to win the science fair. His Dad likes that he’s very interested in science, but he feels he needs to get involved with the rest of the kids. So, he tells him that he can do his science project as long as he plays sports as well. Unfortunately, a freak baseball event leads to his dog, Sparky getting hit by a car. 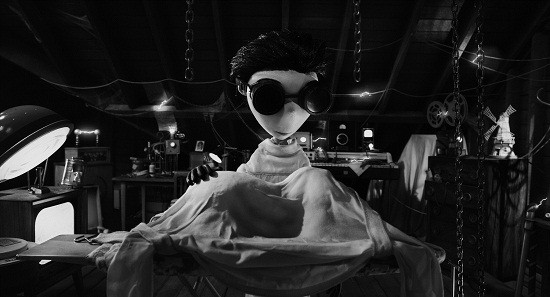 In science class, Mr. Rzykruski shows the kids an experiment that a dead frog’s muscles will react with an electrical jolt. Victor suddenly gets a hair-brained idea to try to bring Sparky back to life. So, digs up Sparky and creates a huge electrical charge with lightning & other electronics. Suddenly, he has brought Sparky back to life.

It doesn’t take long for the rest of the kids in the neighborhood to learn that Sparky is back. They think it’s Victor’s science fair project. So, they all set out to bring animals back to life as well. Of course when they do, it creates havoc, when their creations start terrorizing the town. 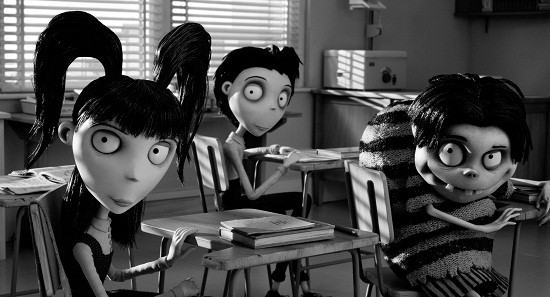 This is a remake of a Tim Burton short from 1984. I’ve never seen the short, however it is still available as an extra on the “Nightmare Before Christmas” Blu-Ray. This movie is actually a pretty good movie. I wouldn’t say it’s the best Tim Burton animated movie, but it’s still good. It does get pretty scary for younger viewers, though. But, over all it’s a good family movie complete with jokes about cat poo.