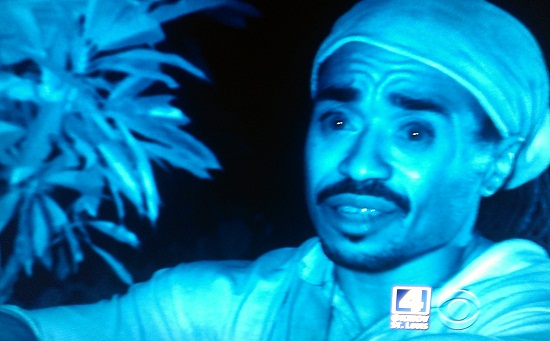 Matsing Tribe (Blue):
Even though they just voted off Roxanne, Russell knew she was right about the Malcom & Angie relationship. He pretty much thinks he’s screwed.

Malcom tells Denise that there’s nothing between him and Angie, and says they have to decide if they’re voting out Russell or Angie. 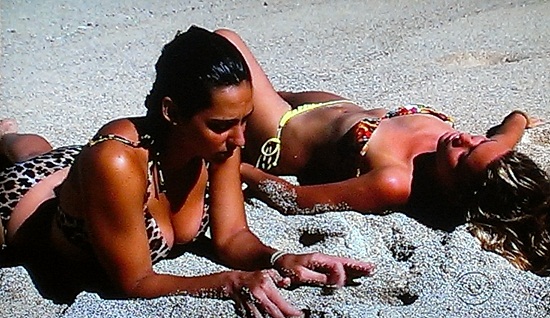 Tandang Tribe (Yellow):
Abi is freaking out about her knee, thinks she’s a target. RC thinks she’s freaking paranoid. And she’s right, Abi starts yelling RC for no reason. Then Abi tells Pete about the clue without RC knowing.

Pete wants to save Lisa because he’d be easy to beat later in the game. So, he talks about blindsiding Mike. Lisa is down with it, since she’s thinking she’ll be leaving first. 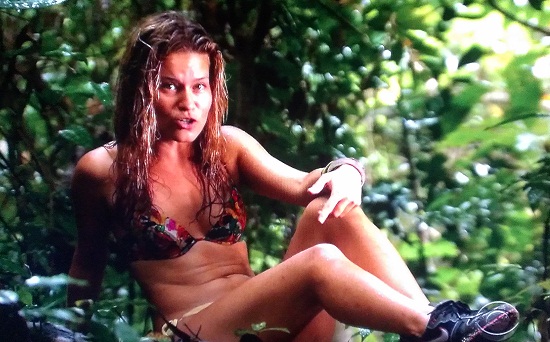 Abi finally finds the idol while everyone else is out getting clams. She shows it to Pete. I don’t see her being able to shut about having it. She’s pretty crazy, and she’ll probably end up being voted off with the idol in her hands still. 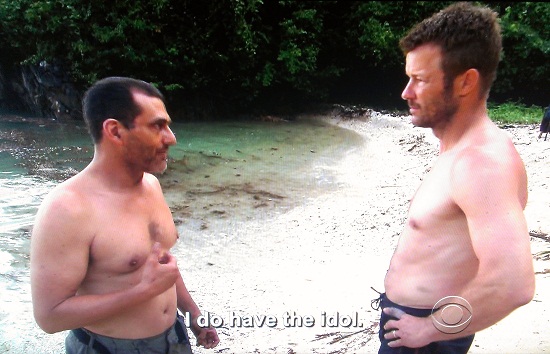 Jeff and the rest of the tribe notice that the top of the rice box is gone. Jonathan plays along saying, yeah it’s missing. The tribe comes to a consensus that it must of been the hidden immunity and Jonathan has it. Wow, a smart tribe? Amazing.

Jonathan pulls Jeff aside and tells him that he has the hidden immunity idol. Jeff said he’d join his alliance. However, he tells the camera he only shook Jonathan’s hand with four fingers so it doesn’t count. haha.. Really? That’s some little kid thing, like “I had my fingers crossed”. 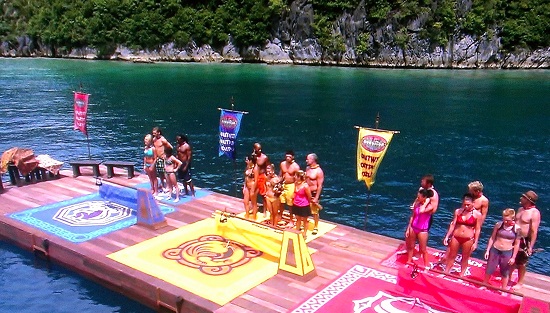 Immunity Challenge:
The immunity challenge requires you to jump in the water and collect big puzzel pieces tied together under water. A Canoe & A big fishing kit for the winner, a smaller fishing kit for 2nd place. Russell & Angie are really slow for the Blue tribe. Russell can hardly make it up the ladder. Danger-prone Mike starts bleeding from the eyes, but continues on. Denise and Malcom carry the blue team. Russell wasn’t even able to get a puzzle piece his 2nd time in the water. 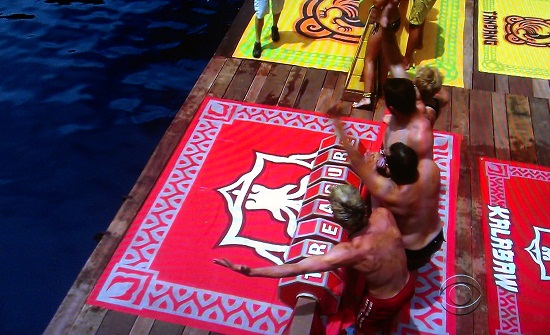 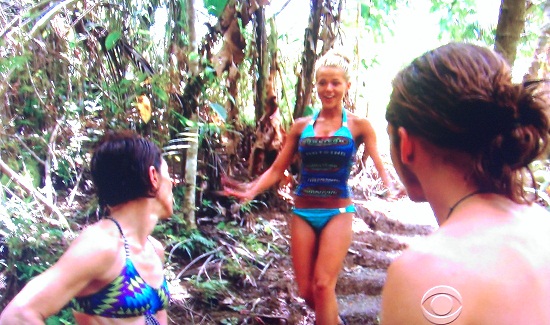 Matsing Tribe Scrambling:
Denise and Malcom discuss the challenge by themselves. They agree that both Angie and Russell were awful. They’re about to decide who to vote for, but then Angie comes up behind them. She tells them that she never said she can’t do anything. Although, it really appeared that way in the challenge. 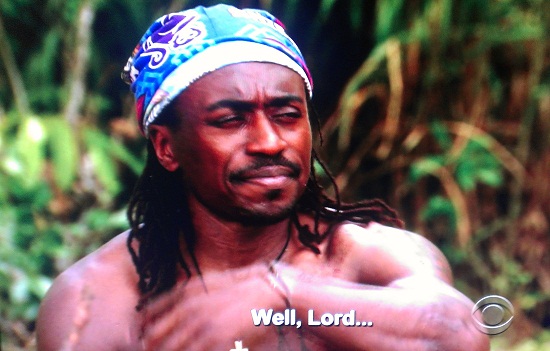 Russell says “Diving 10 feet is not my thing”. Really? You’re on Survivor? Learn to swim! So, he says a prayer to save himself. Angie keeps telling Malcolm that she was very good at the challenge, even though she was slow. I think it’s gotta be hard for Malcolm to vote her out. I mean, look at her! haha 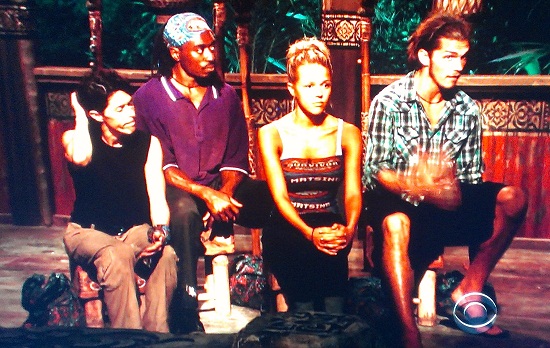 Tribal Counsel:
Malcolm calls out Angie and Russell, saying they were no good at the challenge. Russell starts saying that he’s a better player than Angie. He’s definitely good at taking the target off himself.

To me, strength is useless if you’re just going to fall down every time. Russell hasn’t shown up at challenges at all. So, basically going between strength and loyalty. 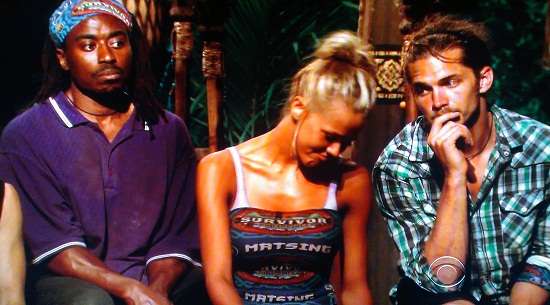 In the end they voted off Angie. I wouldn’t say it was a horrible decision, but I think Russell very opinionated, and will hold back the tribe. I highly doubt anyone on this tribe will be in the finals.