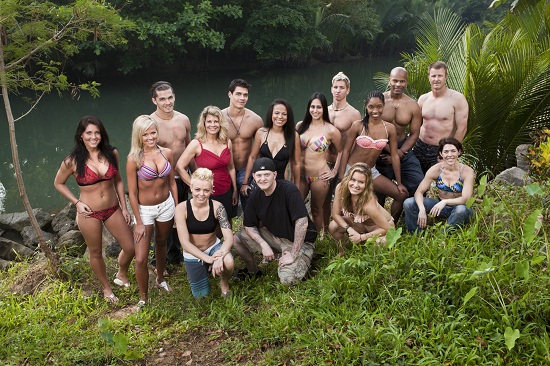 Survivor is back for their 25th season. This time they’re in the Philippines. They’ve also decided to drop the whole “one world” they did from last year. This year they’ve made 3 tribes (of 6 people) instead of 2. I really think that’s one of the best ideas they’ve had in a long time. You’ll have less or smaller alliances when the tribes merge. In other words, one a merger happens, a tribe with less members won’t necessarily be voted out right away. 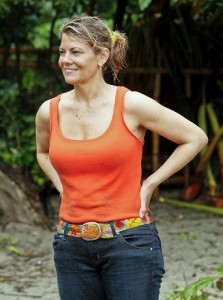 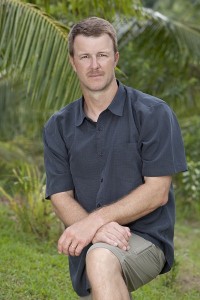 First things first, they introduce 2 celebrities to the island: Lisa Whelchel, better known as Blair from the 80s sitcom, “The Facts of Life” and Jeff Kent, former MLB second basemen. I’ve seen former sports figures on the show before, but as far as I can remember this is the first former actor. The sad thing is, it seems most of the people don’t recognize Lisa. The older people recognize her. I know I would of recognized her. I guess that means I’m getting old. Anyway, both of the celebrities aren’t telling the rest of the cast who they actually are. 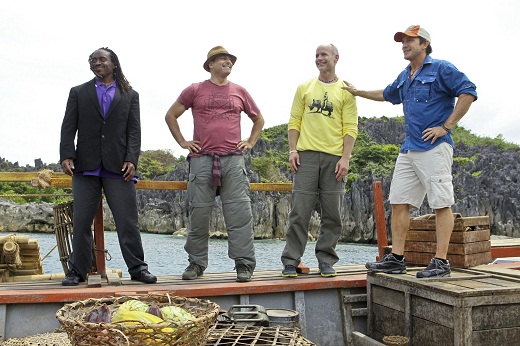 They’ve brought back 3 former survivors as well. Russell Swan, who passed out during a challenge in Survivor: Samoa. His heart rate sky rocketed it and had to leave the game. Jonathan Penner, was removed from Survivor: Fans vs Favorites when he had a life threatening infection on his knee. Lastly, Michael Skupin is back! He was my favorite Survivor. He was a bad-ass until he fell into a fire in Survivor: The Australian Outback. 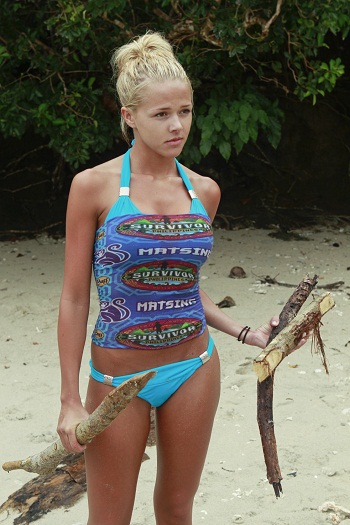 Matsing Tribe (Blue)
Russell talked about not wanting to be a leader, then the first thing he does is start ordering everyone around. Everyone seems to be annoyed by him, until he starts a fire in less than 45 minutes. I’ve never seen that happen. Every season, people try and try until they’re exhausted. Usually if anything it takes a couple days or they get it after the first challenge when they get flint. Surprisingly, Russell got is started very quickly.

Zane from the tribe seemed like he was a pretty nice guy, but he is a total two-face. He literally made alliances with everyone on the tribe. Then he told Russell what he did.

After cooking some rice, Russell discovers the hidden immunity clue hidden inside the bag of rice. Zane catches him pulling it out of his pocket, then when confronted Russell denies it. 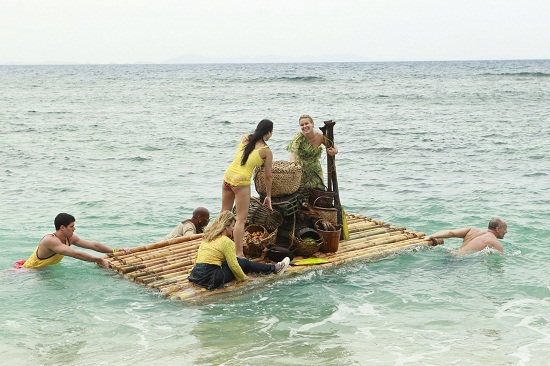 Tandang Tribe (Yellow)
Michael seems to be accident prone. No, he didn’t fall in a fire, but he’s cutting himself on limbs, on knives, on sharp rocks, on everything. This guy is not going to make it at this rate. He did seem to be the only person who know who Lisa really was. He wants her to stick around because he was a big fan. And he gets along with her, but his younger tribe has already put him in an alliance. They keep talking about probably making her the first to go. 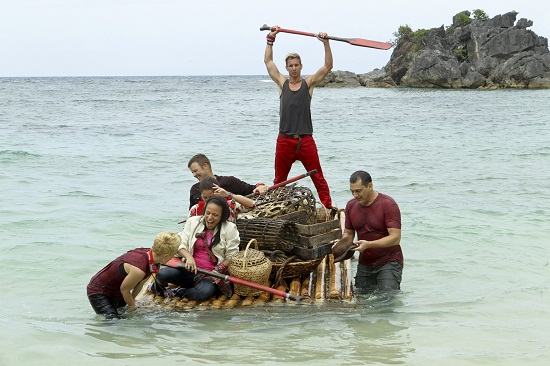 Kalabaw Tribe (Red)
Jeff Kent hurts himself getting into the ocean. It sounded like he twisted his leg or something the wrong way. He seems to have no problem pushing through the pain, though.

A lot of people on the tribe don’t trust Jonathan because he was immediately looking for the hidden immunity idol. He finally ended up finding the clue in the bag of rice. Sadly, everyone already knows he’s been looking for it. So, I’m sure they assume he’s got it.

Immunity Challenge
This challenge consists of the tribes climbing through the woods to get some oars. Then paddling a boat out in the ocean to grab a trunk. They swam the trunk back to the shore, and inside the trunk was a puzzle. The puzzle was in the shape of a big tower.

Russell barked orders at his tribe before the game, delegating who should do what. He looked like a real dick. He didn’t want to listen to any of his team. He told 2 of the girls to do the puzzle, who had no clue.

Yellow had the lead, followed by Red then Blue back at the puzzle. When it came down to it, Red won the 1st immunity which also gave them a fire making kit. Yellow won the 2nd immunity and some flint. Blue was going to tribal counsel.

Scrambling by the Matsing Tribe
When they got back to camp, Zane announced that he was too tired to compete in the challenge. He basically said the game was too hard. But, he had a master plan to avoid Russell from using his immunity idol and blindside him. Many people came up to Zane saying that they’d rather get rid of Russell then him. 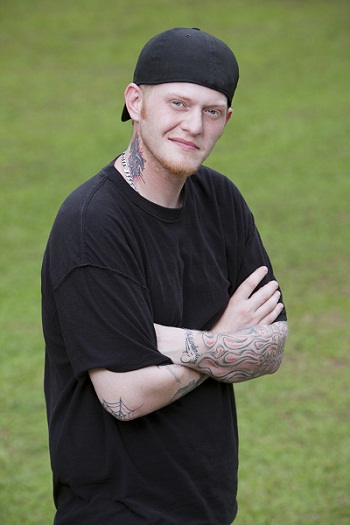 Tribal Counsel
Sadly, Zane’s plan failed. I just don’t think he tried hard enough. He didn’t really let people know it was a big plan to get rid of Russell. He probably could of not said anything, and people would of voted Russell off. Russell has the strength, but he’s personality doesn’t mesh well with the others.

In the end Zane was voted off. I guess I should of guessed. He was the person spot-lighted the most in this episode. Anyone have any guesses who will win this season of Survivor?

0 thoughts on “Survivor’s back! What’d you think?”