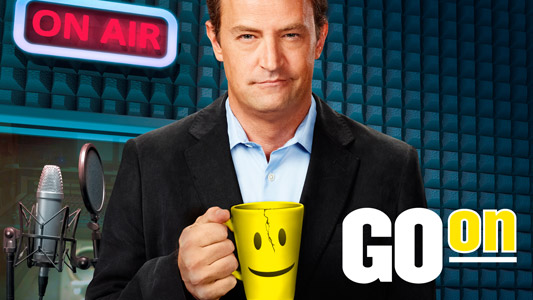 If you look at that poster above, it almost looks like the name of the show is Goon, make sure you have the space in between. “Go On” is he new Matthew Perry sitcom. He plays a radio sports host who just recently lost his wife.

He shows up back at work ready to go on the air. But, they won’t let him back on the air until he goes to group therapy over his deceased wife. He goes into therapy thinking its a big joke. He just wants to go through the motions and get through the required sessions. However, after leaving the group and an emotional outrage, he realizes he needs to be in therapy. 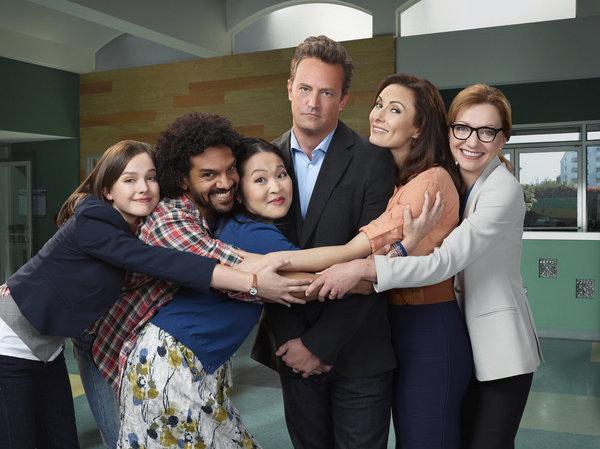 I was actually quite impressed with this new sitcom. Has Matthew Perry done anything worth seeing since Friends? Well, maybe this will be his break back into sitcom star. This has promise, although it suffers with a huge cast. On the one hand that could win like The Office, or just turn people off like Outsourced. I’ll give this a couple more episodes. Hopefully, it won’t just grow annoying.