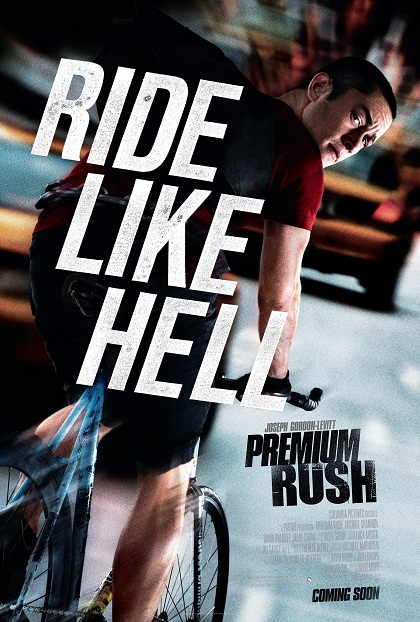 Premium Rush is about a bicycle delivery service. It focuses on one of the delivery guys, Wilee (Joseph Gordon-Levitt). He’s super fast on his bike, as he dodges in and out of traffic. He believes that brakes will kill you, so he removed the brakes from his bike. Several times in this movie, he has to make quick decisions when moving in and out of traffic. You’ll see a few possible outcomes, if he goes right, he’ll get hit by a cab, if he goes left he’s run into a pedestrian, but if he goes on the sidewalk, he’ll make it through unharmed. 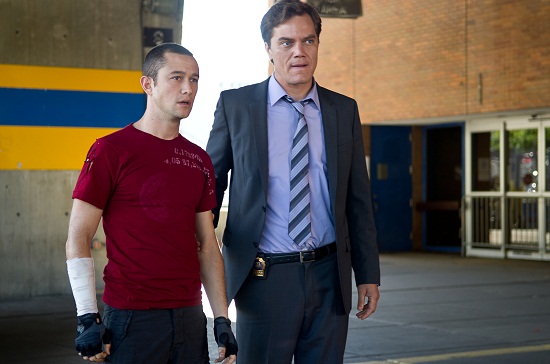 In the middle of Chinatown, Detective Monday, a NY cop, is having money problems. He’s up to his neck in debt to the Chinese Mob from gambling. In order to pay off his debts, he is told about a ticket that is in transit, that is worth several thousand dollars. If he is able to get that, his debts will all be paid off.

Before this we see a young girl, Manny, giving several thousand dollars for a ticket to get her son imported here from China. She needs to get the ticket to the other side of town before 7pm. She’s afraid to do it herself because the ticket is worth so much money. She’s thinks someone is after her to steal it. So, she hire the trustworthy, Wilee to deliver the ticket to the location before 7. 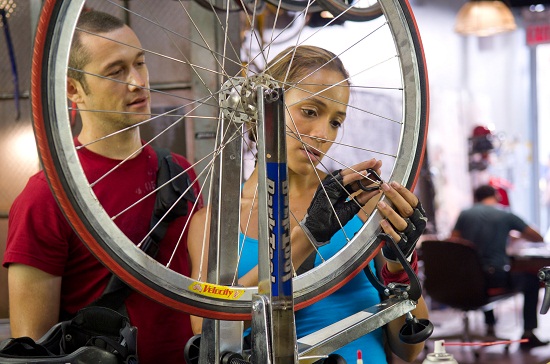 Unbeknownst to Wilee what is in the envelope, he finds himself finding himself being chased by Detective Monday. Monday tries anything he can to get that ticket from Wilee. It can be that hard to stop a kid on a bicycle, can it?

I was actually pretty impressed with this movie. I had no real expectations whatsoever, but the action really blew me away. This movie is non-stop. This is one of those movies that will probably make people want to go out and ride their bike. I liked being able to see the thoughts in his head and the paths that he took. It felt kind of like a video game at times but I like the way it was shot. I recommend this one. 3.5 out of 4