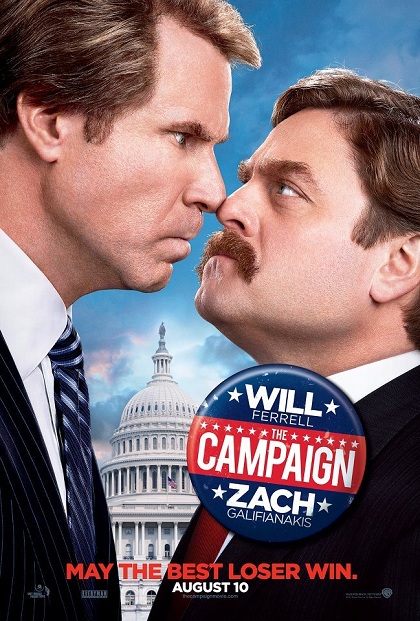 The Campaign puts comedians Will Ferrell and Zach Galifianakis together for this new comedy. Cam Brady has been the congressman for a district in North Carolina for 4 terms now. He’s up for re-election and it appears that he’ll be running unopposed. So, all he’ll have to do is sign the papers, and he gets a 5th term.

In the meantime, the Motch brothers (Dan Aykroyd and John Lithgow) are big businessmen that want a change in their district. They have a plan to bring cheap Chinese labor to the district, but in order to do that they need their own candidate. So, the get to their last choice, Marty Huggins. Marty is just an odd man that has been running the tourism department for the district in North Carolina. 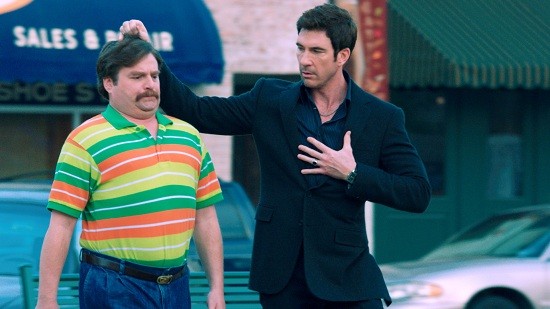 The Motch brothers get a person to taylor Huggins to be the candidate that everyone will vote for. This includes changing the way he dresses, putting new decor in his house, and helping him to give better speeches. This gets Brady to really fight back to make this a real election, running political ads against each other and talking smack. 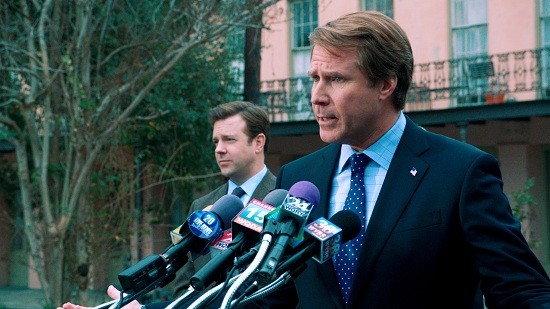 The best thing about this is the campaign ads. They’re so over the top ridiculous, but you can see some reality in it. This comedy duo works great. Seeing them at each others throats is hilarious. There is a lot of laugh out loud moments. In fact, one moment has my snickering to myself since I’ve seen this movie. At one point Brady and his wife are fighting at the dinner table, and they tell their kids to put in their ear phones because there’s going to be some adult language. They start cussing at each other, then it cuts to what the kids are listening to. They’re listening to “Three 6 Mafia – Azz & Titties”. Unfortunately, I’ve been singing that song to my self ever since. You can find it on youtube, if you really wanna hear it.

Anyway, I really loved this movie. I thought it was a very funny comedy. And I totally recommend it. 4 slices…

0 thoughts on “The Campaign – Review”