In the mid-80s the theme park, Six Flags, acquired the rights to Warner Brothers & DC Comics characters. This began them building rides that are themed after our favorite super heroes. At my home park in St. Louis, it seems like the theming has mostly come from the Batman universe. 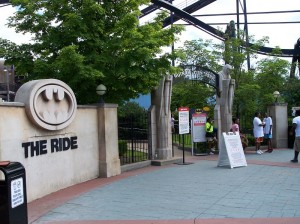 Around the late 80s / early 90s when Batman gained popularity again, they got to work on building a Batman themed roller coaster. This would be the first coaster in our park that actually “hung” from the track instead of rolling on it. It made for a smoother ride and quick corkscrews and loops.

The actually queue itself is pretty epic. You walk through Gotham City Park, which seems like a very nice park with lush gardens and plants. Then you make you’re way toward the back of the park where graffiti covers the walls, trash everywhere, & wrecked police cars. After that you make your way through Axis Chemical Plant, and soon you’re in the Batcave where you load up to the coaster.

This ride is about 20 or so years old now, but it’s still one of my favorites at the park. Click the thumbnails below to check out some of the pictures of “Batman” 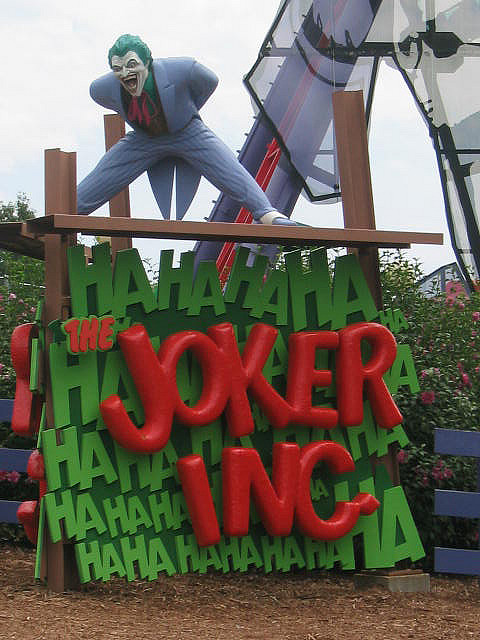 The next character from the Batman universe that was used for a ride was The Joker. He is such a great villian just a wonderful character, it’s sad that his ride is pretty pathetic. 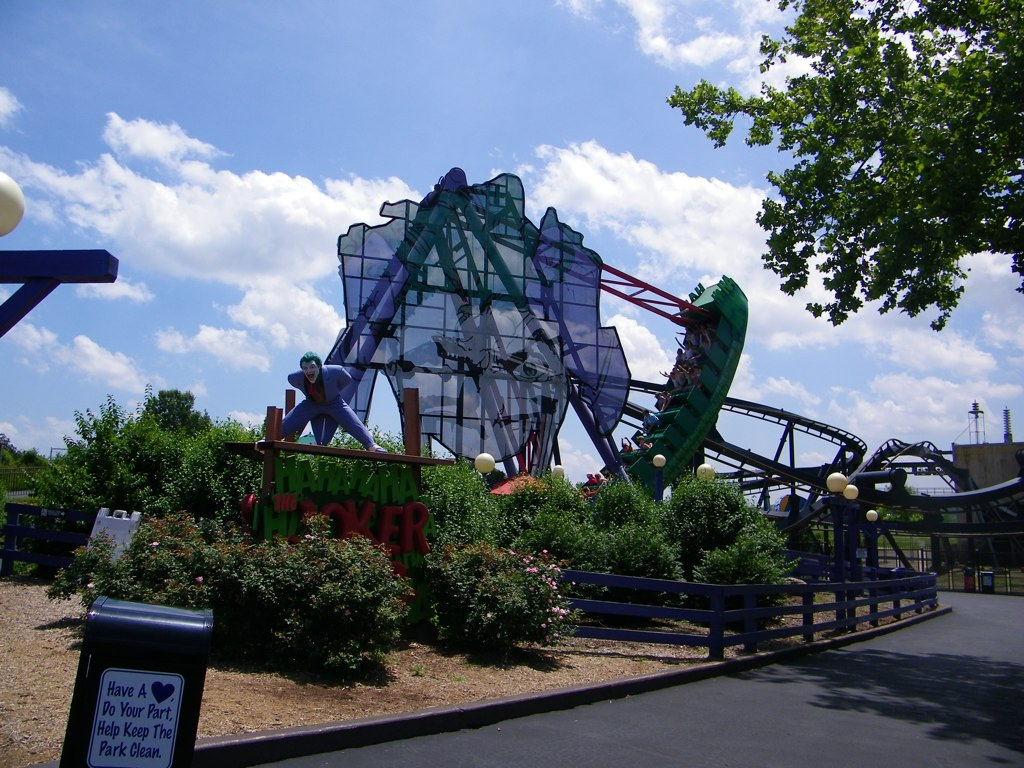 All they did was take an existing swinging boat ride and rename it from the / Yankee Clipper to “The Joker Inc”. There is no cool line to wait through or any back story. All we have is a swinging ship ride named after the Joker. Bah! 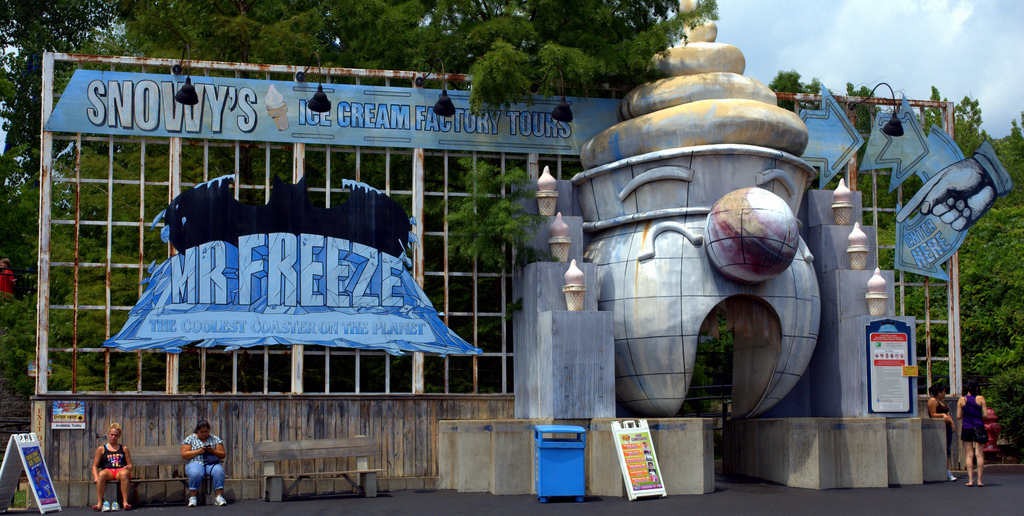 The last ride we’ve gotten so far was another Batman villian, Mr. Freeze. Otherwise known as “The coolest coaster on the planet”. Only this time, they made an original ride devoted to the character. The interesting this about this ride is it was supposed to open in 1997. But, the rumor has it that all the crash test dummies kept coming back to the station without their heads attached. Of course, this was only a rumor. Anyway, with all the hype, we ended up having to wait an entire year for them to work the bugs out. It finally opened in 1998.

The ride itself is pretty thrilling. You go from 0 to 70 in like 2 seconds. You’re shot out a long tunnel and blast right up a hill. After you go through several loops and turns you end up going straight up. Then the coaster goes backwards and you do it all again. The whole thing takes about 45 seconds, but it’s still one of my favorite coasters.

The queue waiting for this is pretty neat. You go into “Snowy’s Ice Cream Factory”, which basically ends up looking like the inside of a big freezer. Before you enter you see posters and fliers for stuff going on around Gotham City. Then towards the end of the line, you’re in Mr. Freeze’s chamber. This is where you load up into the coaster. Check out more pics below.

If you mix any Batman Character with a roller coaster, I’m there!

4 thoughts on “Countdown to TDKR – Batman at Six Flags”