So, I know I promised you Batman stuff coming up. Don’t worry, I’ve got stuff coming. But, until then let me tell you about a product I just bought while I was in Vegas last week. 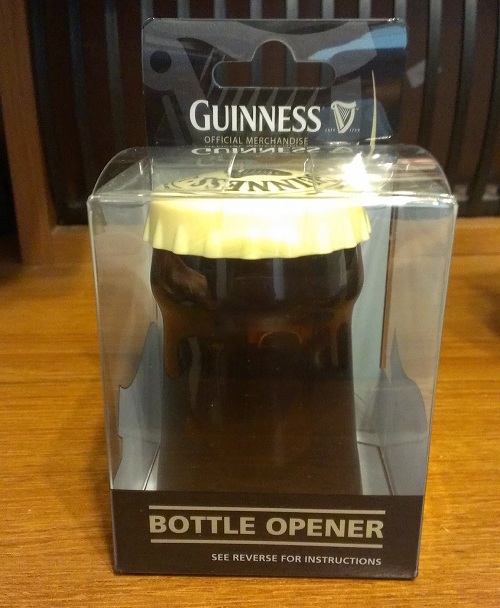 In between all the gambling, drinking, and walking 500 miles; I made my way to “The Guinness Store”. Everything in there was branded with “Guinness” on it. I like Guinness, but it’s not a beer that I would drink all night around a campfire. It’s way too thick for that. For me, it’s more of an every once in awhile treat. I, unlike some people, don’t think it taste like I’m drinking motor oil. To me it’s more of a Dark Chocolate taste.

Anyway, in between all the glassware and t-shirts I found this little beauty. A bottle opener? Yes, but not an ordinary bottle opener. 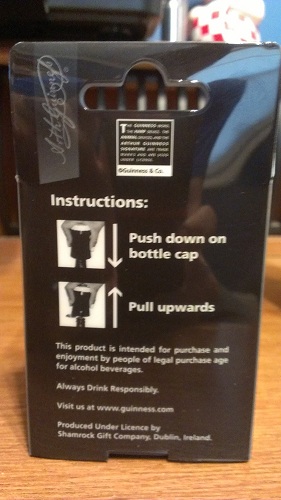 Unlike the normal “pry off” opener, you just push this down on the neck of the bottle and it pulls right off. It’s like magic, only better. It uses magnets to hold the cap in place after opening it. Here’s my demonstration video:

It works awesome! Unfortunately, it’s about the size of a 4 rolls of lifesavers, so it doesn’t fit in your pocket easily like a pry off opener. Also, most of the beers I drink have a twist off cap, so normally I don’t even need the opener. But, it’s still cool, and as long as I have it handy while I’m drinking, I’ll be using it to amaze my friends.