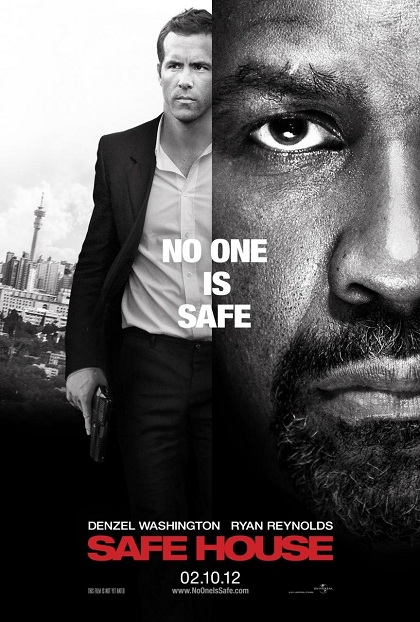 Matt Weston (Ryan Reynolds) is a low-level CIA agent whose job for the past year has been to be the sole caretaker of a safe house for the CIA in Cape Town, South Africa. He is desperate for some more action and to be promoted to a field agent, when the most notorious rouge ex-CIA agent, Tobin Frost (Denzel Washington), randomly turns himself in to the CIA after years of being on the run. Frost gets brought to Westonâ€™s safe house for interrogation by the CIA. The safe house gets attacked by a group of mercenaries trying to kill Frost. Weston is able to escape the house with Frost, but then becomes responsible for getting Frost to another safe house. The rest of the movie is a suspenseful, thrilling, action-packed cat and mouse chase with Weston on the run with Frost. Weston is trying to safely get Frost to the next safe house while also attempting to figure out why Frost went rouge, who is trying to kill Frost, and who he can really trust. 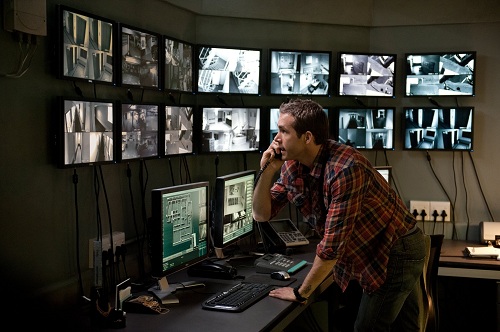 This film is very loud, shaky, and grainy. If you like to watch movies with clear, steady, and sharp images, then this is not the movie for you. In my opinion, the way the action scenes were filmed and choreographed added to the suspense of the movie. This movie is action packed with everything from car chases to shoot-outs and fist fights many of which took place in small confined spaces which also added to the suspense and intensity of the action scenes. Denzel Washingtonâ€™s character is the anti-hero. Heâ€™s been accused of being a traitor to his country, but as the story unfolds, it is unsure on whether he really was a traitor and sold secrets to the highest bidder or if he was a hero that the CIA was trying to frame. Ryan Reynolds’ character, Weston, starts out as the rule-following CIA rookie that is adamant on doing the right thing and turning in Frost, but then ends up questioning his own beliefs about what it means to be a CIA agent and serve his country. 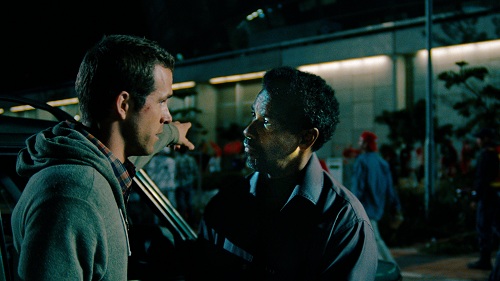 Nicole’s Review:
In my opinion, I think this was a great action movie and would give it 4 strips of bacon; however, I will admit that the way the movie was filmed might annoy some viewers. I also will admit that there were some parts of the movie that were a little confusing. It was unclear on exactly why Tobin Frost turned himself into the CIA to begin with. It was also unclear on how the mercenaries trying to kill him even located him or became aware of files that Frost recently acquired. Some viewers might also feel that the cat and mouse chase lasted a little longer than it needed to and might even become a little bored during the movie. I think you will either love this movie or hate it. I was a viewer that really enjoyed this movie. I think if you are a fan of the â€œBourneâ€ movies and if you liked Denzel Washington in movies such as â€œTraining Dayâ€ and â€œAmerican Gangsterâ€ and liked Ryan Reynolds in â€œSmokin’ Aces,â€ then you will enjoy this movie and should definitely go see it at the theater.

Greg’s Review:
Unfortunately, I had the complete opposite experience as Nicole in this movie. I felt the acting was just sub-par. The plot line was trying to be confusing with crazy twists, but it’s very predictable with no surprises. For the most part the movie is slow and boring. The chase sequences are cut out of any average action movie. I felt no connection with either character. The character development was horrible, especially with the Ryan Reynolds character. His relationship with his “girlfriend” seemed awkward, and I didn’t buy it. The whole time I was waiting for this movie to end. Sadly, it’s a 2 hour movie, which is 2 hours too long. 1 out of 5.