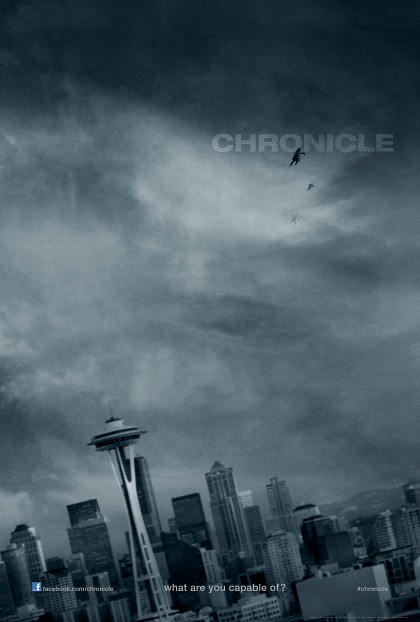 Chronicle is about a teenage kid, Andrew who lives with a sick mother & a abusive father. He decides to start recording his whole life with his camera. People think it’s weird at first, then they just deal with it.

One day Andrew, his cousin Matt, and his friend Steve find a giant sinkhole in the ground. They all crawl in to find some strange crystalized structure inside. The next day the realize they have gained Superpowers. They have the power to move & control stuff with their minds. They can move any object. 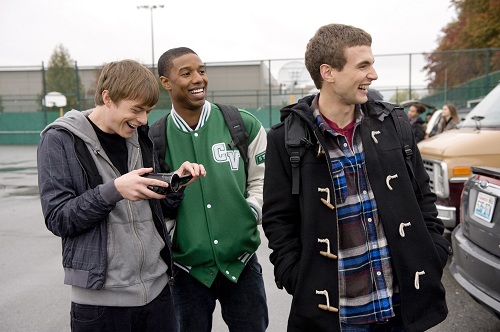 They end up making rules that their powers can’t be used in public, and it can’t be used on living objects. Unfortunately, like the old saying goes “with great power comes great responsibility”. So, Andrew ends up abusing his powers and becoming basically the nemesis among the world.

Okay, first the good about this movie: The movie has some spectacular effects. I loved everything about them getting powers and for half the movie, they were experimenting and learning their powers. You never see that happen in a Super Hero movie. They even did stuff with their powers that I’d probably do. 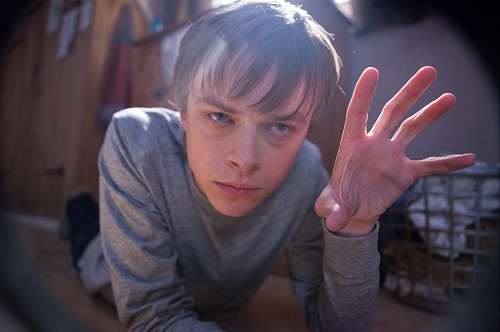 Now for the bad: Unfortunately, this is a “blair witch” or “found footage” type movie. Yeah, the camera quality is great, but I didn’t realize it was going to be like that from the trailer. I’m not a big fan of that type of movie, I don’t like when the cast is aware of the camera. Okay, I loved the super hero aspect, their powers and everything. Although, there was really no story to go along with it. It kind of fell flat in that aspect. I think this movie could of been so much better. However, for what it’s worth, I did enjoy most of this movie. 3 out of 5