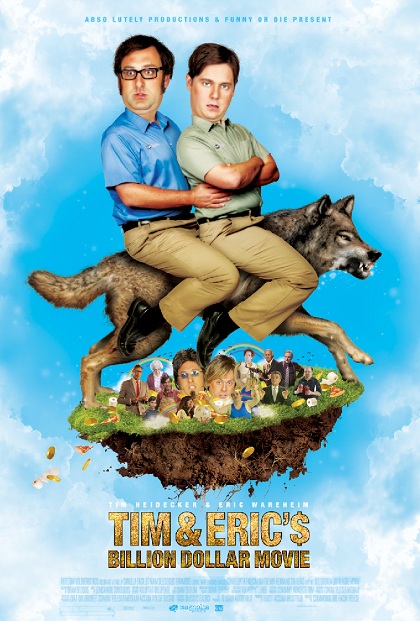 Tim Heidecker & Eric Wareheim from the Adult Swim shows “Tim and Eric Awesome Show, Great Job!” and “Tom Goes to the Mayor” have made their first movie. Ironically, that’s kinda what the movie in itself is about. Tim and Eric are given a billion dollars to make a movie by the Schlaaang corporation. Unfortunately, they spend their money very unwisely. The movie is a big flop, and the Schlaaang corporation wants their money back. 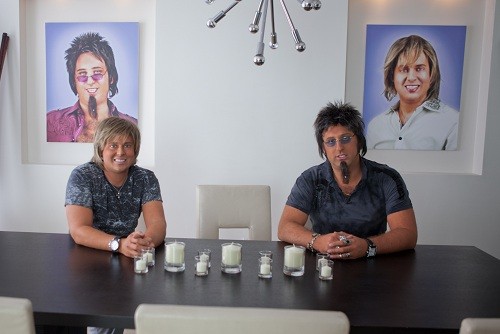 Tim and Eric see a commercial to run the S’wallow Valley Mall. According to the ad, if you run the mall, “you can make a billion dollars”. So, decide to flee to the mall to make the billion dollars back to pay the Shlaaang corporation back. Unfortunately, the mall is full of stores no one would want to shop in, garbage, bums, and a wolf. But, they are committed to turning the mall around and paying the money back that they owe. 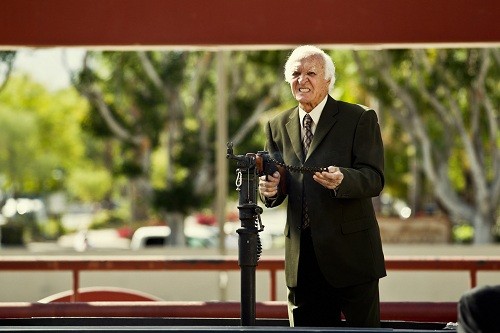 This movie is currently available on-demand services like VUDU, Xbox Live, Video on Demand services. It will be in theaters on March 2, 2012. It has similar qualities to their show “Tim and Eric Awesome Show”. It’s a twisted kind of humor, and sometimes it has me laughing like crazy, sometimes it’s just gross, and other times it just is dumb. I would say it had a lot of funny parts in it to actually enjoy this movie. It’s got an insane list of cameos by Will Ferrell, Zach Galifianakis, Jeff Goldblum, John C. Reilly, Robert Loggia, and the list goes on. I can’t recommend this for everyone, because it is really weird. But, if you’re a fan of the sick & goofy humor of Tim & Eric, you’ll have a laugh.. 3 out of 5