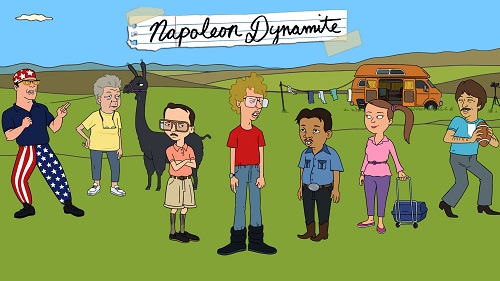 The first 2 episodes of the new show, Napoleon Dynamite, aired last night. All the actors came back to voice their animated versions of themselves. For the most part it followed the same characters; Napoleon, Pedro, & the rest through more adventures in Preston, Idaho.

I liked the movie a lot. I figured I’d give it a try. A funny thing to me was they advertised it as all the original actors coming back to put their voices in. Well, I don’t think any of them have actually done anything since the movie. So, was it really a big thing getting all those actors to come back? 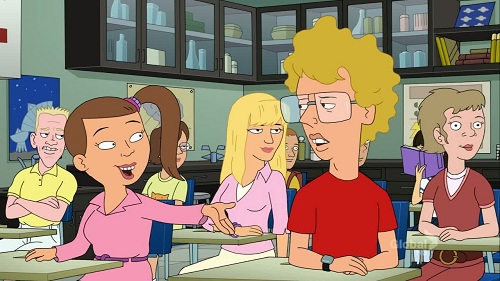 Anyway, I really liked this show. It’s actually pretty funny. It reminds me a lot of the short lived “Clerks” cartoon. Hopefully it last longer than 6 episodes, though. So, what did you think?